On the Money: How to avoid ‘rug pulls,’ the latest cryptocurrency scam 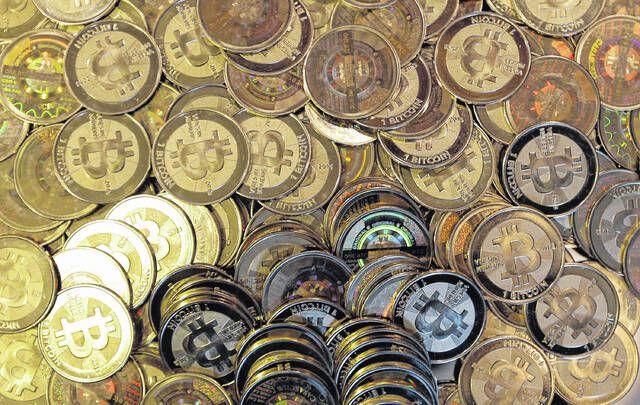 A new type of scam has emerged in the hype-filled world of cryptocurrency: the “rug pull.”

The scam, which gets its name from the expression “pulling the rug out,” involves a developer attracting investors to a new cryptocurrency project, then pulling out before the project is built, leaving investors with a worthless currency. It’s part of a long history of investment schemes.

“This isn’t a crypto-only phenomenon. This is a people phenomenon. Crypto is just the latest way to do it,” says Adam Blumberg, a Houston-based certified financial planner who specializes in digital assets. But cryptocurrencies have particular risks due to loose regulations for fundraising and their emphasis on decentralization.

Cryptocurrency projects often use “smart contracts,” agreements that are governed by computer software, not the legal system. This setup can be a benefit when it reduces transaction costs, but it also leaves little recourse if things don’t work out.

Rug pulls have been particularly common in decentralized finance, or DeFi, projects that aim to disrupt services such as banking and insurance. NFTs, or non-fungible tokens, that provide digital ownership of art and other content, have also been involved in rug pulls.

Investors can protect themselves by choosing established cryptocurrency projects, making sure the code of any new project has been reviewed and verifying the developers’ identities.

Rug pulls are most common with new projects that haven’t gotten the same scrutiny as more established cryptocurrencies.

Bitcoin has its risks, but countless people worldwide have used it and reviewed its inner workings, which are readily available online.

Newer projects don’t have such a track record, which means there may be vulnerabilities that make it possible for their organizers to siphon value away from investors and keep it for themselves.

If you’re struggling to break through the hype, one way to find established projects is to look at centralized exchanges such as Binance, Coinbase and FTX. While the presence of a cryptocurrency on a large exchange is by no means a guarantee of its quality or investment potential, these businesses often will review assets before listing them for sale.

The trade-off of investing primarily in more established assets: While cryptocurrency, in general, has seen periods of rapid price appreciation, the highest rewards may come from new projects where the risk is also higher. These are often listed on “decentralized exchanges,” which don’t rely on any centralized authority that would prevent unproven projects from joining.

Rex Hygate, founder of DeFiSafety, a company that reviews projects in the field, says scammers can prey on the fear of missing out that’s generated by rare but true stories of mind-blowing returns.

“It is seductive. People have made a lot of money. That is a fact,” Hygate says. “The hope is real, albeit small, (and) therefore criminal organizations in an organized and regular manner are making these rug pulls.”

The fate of any investment in cryptocurrency or blockchain projects rests on the integrity of the project’s computer code. You may not be a computer programmer, but you should at least understand how a product works before investing in it.

One way to evaluate a potential investment without going under the hood yourself is to see if it’s been audited by a professional organization that is respected in the industry. Projects that have gotten good marks from auditors will often promote the results themselves.

Some of the biggest red flags in the cryptocurrency world come down to human factors.

While it’s not unheard of for people to use pseudonyms in cryptocurrency, reputable developers often have websites and references that can establish their credentials.

But even if you do your homework, there’s no guarantee of success. For example, the founder of Rugdoc.io, a service that reviews new projects, says she wound up getting scammed herself on an NFT that was supposed to be a ticket for an event.

Diversification is as important in cryptocurrency as anywhere else in finance. Projects can fail due to technical glitches or business blunders, even without malicious intent.

“Assume whatever you’re investing in is going to have a problem,” says Leah, the Rugdoc.io founder, who asked that her full name not be used to protect her identity from scammers seeking retribution. “If you plan for failure, if it doesn’t fail you’re going to have a very good day. And if it fails, you’re probably not going to be ruined.”

Andy Rosen is a writer at NerdWallet. Email: arosennerdwallet.com.