Investors lose £300bn in cryptocurrency crash, would you bet on a bounceback? 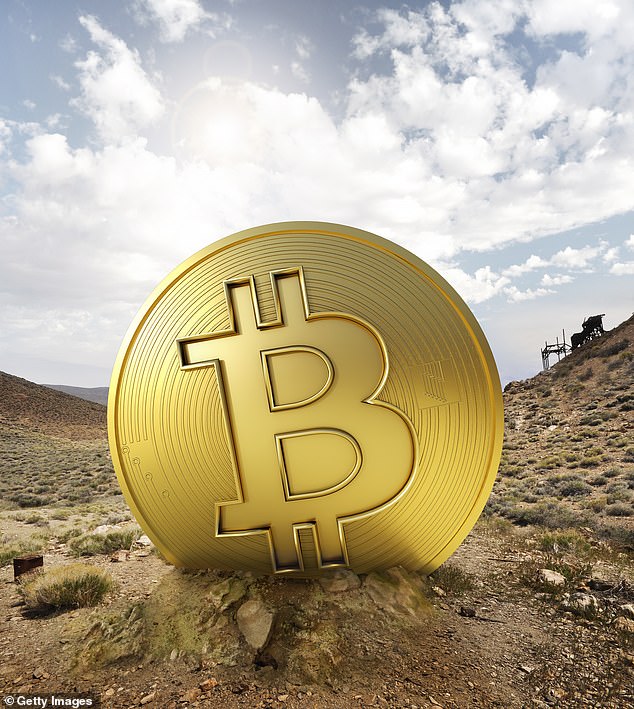 Cryptocurrency prices are plunging, with holders losing about £300billion of value in under a month. Bitcoin – the most popular form of digital cash – has lost over half its value in just six months – and has fallen by a fifth in the past week alone to about £25,000 on Friday.

More than two million people in the UK are nursing heavy losses and – in the worst cases – some will have lost their life savings.

For sceptics, it’s a major ‘I told you so’ moment. They say tumbling prices are proof that crypto-currencies are nothing more than a dangerous gamble, and are all but guaranteed to lose you money eventually.

Cryptocurrency prices are falling, with holders losing about £300bn of value in under a month

Some are predicting a ‘crypto winter’ of falling prices – or even a crypto ‘ice age’, from which prices never recover, after a seventh consecutive weekly decline.

But others are wondering if this is just a temporary storm – and could in fact be the perfect buying opportunity. After all, Bitcoin has not been this cheap since values started to climb in November 2020.

And since then major banks including Goldman Sachs have talked up its long-term prospects. Goldman even predicted earlier this year that Bitcoin could reach $100,000.

Those who have been standing on the sidelines and watching others make huge gains in recent years are understandably wondering whether this is now the time to get stuck in.

So why are prices crashing and should investors dip their toe in or steer well clear?

Why are prices crashing now?

Cryptocurrencies are notoriously volatile and violent price swings are common. It often takes very little to trigger a dramatic rise or fall. In November 2018, Bitcoin collapsed by 80 per cent from its peak simply because holders got nervous and pulled back from a buying frenzy. It took as long as two years for prices to recover.

Mark Baker, at financial research company 5i Research, believes the volatility of cryptocurrency is inherent to its make-up.

Cryptocurrency is essentially digital money, designed as an alternative to traditional currencies such as the pound or dollar. Transactions made with them are logged on a centralised digital ledger called the blockchain, so they are not controlled by banks or other financial institutions.

This means the only way you can make money from cryptocurrencies is by getting someone to buy them from you for more than you paid for them. They do not have a fundamental value.

Bitcoin has fallen by a fifth in the past week alone to about £25,000 on Friday

‘The reason that cryptocurrencies are volatile is that they cannot be easily valued, because they have no income stream,’ says Baker. ‘To some degree the value of shares on the stock market is based on the dividends they produce now and in the future; the value of bonds is based on interest income; and the value of property on rental yields.

‘But cryptocurrencies do not have an income stream, which means their value is untethered and exposed to the whims of market sentiment.’

Global markets are having a torrid time – down 16 per cent so far this year. Higher-risk investments such as technology stocks in particular are losing value as investors seek haven in safer assets – especially those that will protect them from rising inflation.

The contagion has spread to cryptocurrencies, which are some of the highest-risk assets of all.

Susannah Streeter, senior investment and markets analyst at wealth platform Hargreaves Lansdown, explains: ‘Fears about rampant inflation and the abrupt ending of the era of cheap money have sent cryptocurrencies careering down a cliff edge as investors scuttle away from risky assets.’

The downward price spiral of cryptocurrencies has been exacerbated by the dramatic crash in value of one in particular, called Terra.

Terra is what is known as a ‘stablecoin’ – a cryptocurrency that is pegged to a traditional currency. Terra was pegged to the US dollar, so its value should have moved in tandem. One Terra was worth one US dollar until a few days ago when its value suddenly started to plunge. It is now worth just a few cents.

This has sent shivers through the world of cryptocurrency. Stablecoins are supposed to be the reliable, less speculative side of cryptocurrency. Chancellor Rishi Sunak even announced last month that the Government was setting out new legislation to see stablecoins recognised as a valid form of payment in the UK.

So if Terra can become untethered from its peg, it raises questions about the reliability of stablecoins altogether.

Will they recover or have they had their day?

Cryptocurrencies have plunged in value and recovered before. However, some critics believe it is different this time.

Until now there had been hopes that Bitcoin in particular could prove a good protection against inflation, much in the way that gold can be. That is because, like gold, there is a finite number of Bitcoins that can be mined. So in theory, its value cannot be eroded by rapidly increasing the supply – unlike currencies such as the pound, dollar and euro.

Those hopes are now all but smashed: inflation is soaring and the price of Bitcoin is tumbling – offering no protection at all.

Secondly, cryptocurrencies are losing their value to holders as an anonymous, unregulated way of carrying out transactions, without the interference of governments and banking systems.

China has been clamping down on cryptocurrencies, while the US, UK and Europe have been looking to toughen up regulation.

Finally, interest in cryptocurrencies shot up during the pandemic as people were stuck at home and drawn to the thrill of trading. Many also had spare disposable income as they were unable to go out – and in the US some were even investing the stimulus cheques they received from the government.

Now as the threat of recession looms and households have less cash to spend on speculative assets, interest may dwindle.

What does this all mean for investors?

Around 2.3million people in the UK hold cryptocurrencies, according to the latest figures from the city regulator, the Financial Conduct Authority. The typical holding last year was worth £300, following a strong period of price increases.

But most of these 2.3million people are likely to have seen significant losses over recent weeks following the price falls.

Those who have treated it like gambling and have only spent money they can afford to lose will be able to brush themselves off – and perhaps start again. But some will have lost savings that will have a material impact on their lives unless values rise again.

So should Investors stay away from crypto?

The latest price plunges are a reminder of just how risky cryptocurrency is. There is no guarantee that prices will recover and grow over the long term. But one thing is for certain: if they do, it’s going to be a bumpy ride.

This volatility is not something that most investors could even countenance when saving for their futures. So most experts warn against seeing cryptocurrencies as investments at all. However, if seen as gambling, there are likely to be more winners, as well as big losses to come.

‘Crypto enthusiasts may view every fall as a buying opportunity, but conviction is going to be tested, and for the average investor it is a timely reminder of the risk involved in investing in such a highly volatile asset.’

Baker adds: ‘If you buy cryptocurrency you are not investing. You are speculating. That doesn’t mean you can’t make money, but that applies to the roulette table too.’