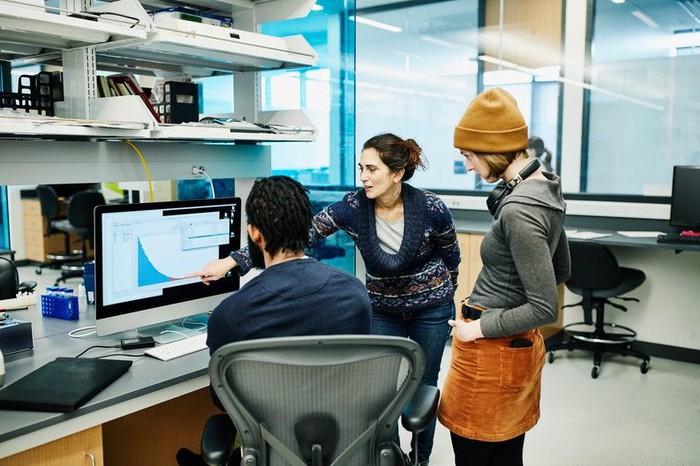 
Crypto prices have been struggling for most of this year, but Monday, May 9, was remarkable. Bitcoin (BTC) and Ethereum (ETH) both sank to 10-month lows, and the entire crypto market is now worth less than half of what it was in November.

Crypto investors attempting to make sense of the devastation may have been surprised to hear Mark Cuban refer to it as a “lull” on Twitter. They may feel that these dramatic drops are a lot more than a lull. Nonetheless, the billionaire crypto enthusiast has regularly compared the crypto market to the early days of the internet. His Monday tweet said, “Crypto is going through the lull that the internet went through.”

Why Mark Cuban sees parallels with crypto and the internet

Now known as the dot-com era, when the internet first started to gain traction in the mid to late 1990s, we saw an explosion of businesses that — viewed with the benefit in hindsight — didn’t have solid fundamentals. People invested in internet companies without fully understanding what they did. They bought stocks simply because they got caught up in the hype and wanted to be involved in this new and exciting industry. When the bubble burst in 2000, many of those companies shut down and investors got burned. The prices of shares of companies that survived and still exist today such as Amazon and eBay fell dramatically.

Cuban’s tweet continued, “After the initial surge of exciting apps, NFTs, DeFi, P2E, we saw the imitation phase as chains subsidized the movement of those apps to their chains (ala bandwidth and storage subsidies by startups in the 2000s).” He points out the crypto industry doesn’t need lots of blockchain networks that do the same thing. We don’t need to have non-fungible tokens (NFTs) and decentralized finance on every blockchain.

Right now, there’s a lot of competition among smart contract cryptos to attract projects to their ecosystems. Many have grant programs to incentivize development as they race to gain market share. But Cuban says this is not the right approach. Instead, he thinks blockchains need to differentiate themselves and look for ways to apply smart contract functionality to the real world.

“What we have not seen is the use of Smart Contracts to improve business productivity and profitability,” tweeted Cuban. “That will have to be the next driver.” One of the factors that initially converted Cuban from crypto skeptic to enthusiast was understanding the potential of smart contracts. His stream of tweets on Monday stressed that the chains that realize the importance of finding business cases for smart contracts would be the ones that survive long term.

What it means for investors

There are many similarities between the crypto industry today and the evolution of the internet. Not least the high levels of hype and investor frenzy combined with relatively low levels of knowledge. Sadly, many people buy crypto in the hope of getting rich quickly and end up disappointed.

So, is the current crypto crash similar to the bursting of the dot-com bubble in 2000? There may well eventually be the type of lull that Cuban describes. But it’s too early to say for sure whether what we’re experiencing now is the start of it. We’re certainly in a period of extreme volatility. And we can say for sure that only solid cryptocurrency projects with good management teams and strong fundamentals will survive in the long term.

Crypto investors can take two main lessons from Cuban’s words. First, be prepared for an eventual crypto crash similar to the end of the dot-com era. Only invest money you can afford to lose as even the most solid projects could see significant losses, and many cryptocurrencies will eventually fail. Second, research each project carefully. Look for those with utility that improve upon rather than simply imitate existing projects.

Crypto crashes can be scary, especially if they cause you to doubt your original investment hypothesis. What’s reassuring is that Cuban thinks those blockchains that are able to differentiate themselves can survive in the long term. His words may help those trying to navigate these difficult waters.

Our updated list of the best cryptocurrency apps for 2022 is packed with best-in-class picks. The cryptocurrency apps that landed on our shortlist include perks such as $0 commissions, and one pick that is offering a $100 bitcoin bonus. Check out the list here and get started on your crypto journey, today.

Get the top picks

We’re firm believers in the Golden Rule, which is why editorial opinions are ours alone and have not been previously reviewed, approved, or endorsed by included advertisers. The Ascent does not cover all offers on the market. Editorial content from The Ascent is separate from The Motley Fool editorial content and is created by a different analyst team.John Mackey, CEO of Whole Foods Market, an Amazon subsidiary, is a member of The Motley Fool’s board of directors. Emma Newbery has positions in Amazon, Bitcoin, and Ethereum. The Motley Fool has positions in and recommends Amazon, Bitcoin, and Ethereum. The Motley Fool has a disclosure policy.