True Colors: Jimmy Iovine and More on That Pseudo-Controversial Interscope Show at LACMA 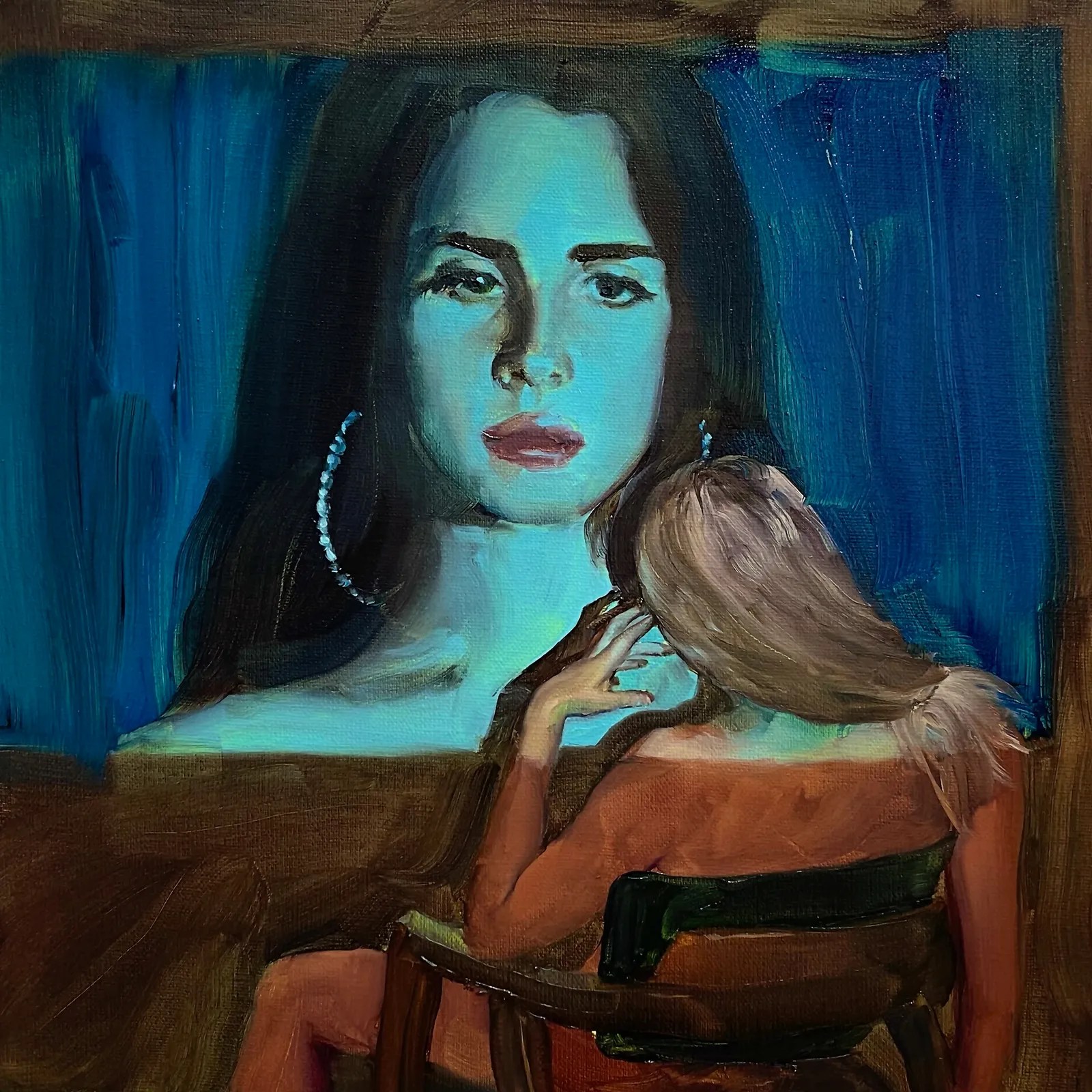 On Wednesday night at the Los Angeles County Museum of Art, Lana Del Rey walked into the Resnick Pavilion and had a look at Lana Watched, a new painting by the artist Jenna Gribbon inspired by the singer’s 2012 breakout album, Born to Die. Del Rey was staring at the painting, mesmerized. On the canvas, her face was being projected onto a screen, and foregrounded in the painting was a woman seated in the nude seen from behind, watching the projection. The woman was Gribbon’s partner, the singer-songwriter Torres, gazing at the pop star on the screen. Just then another museumgoer sidled along.

That would be Jimmy Iovine, the legendary record producer and music executive who cofounded Beats by Dre, served as an Apple Music exec, and became a megarich art collector and education philanthropist along the way. On Wednesday, Iovine was on hand as the founder of Interscope Records, which was celebrating its 30th anniversary with “Artists Inspired by Music: Interscope Reimagined,” a show up at LACMA for a few weeks, in which leading contemporary artists—Rashid Johnson, Damien Hirst, Ed Ruscha, Henry Taylor, Stanley Whitney, Kehinde Wiley, and more—reimagined albums from the label’s storied catalog.

At the private opening, members of No Doubt snapped pictures with Lucy Bull, the artist who turned the sunburst ska-punk of Tragic Kingdom into a citrus-tinged abstract painting, while Steve Berman, the longtime Interscope executive Eminem used as a comic foil, led The Game over to a large canvas by the self-taught Mr. Wash, who learned to paint during a two-decade prison sentence that was commuted by President Obama in 2016. Shepard Fairey explained to Karen O and Nick Zinner of the Yeah Yeah Yeahs how he ran their album Fever to Tell through his “street art gone pop” sensibilities. Jared Leto—who, if you recall, was in the Interscope-signed band Thirty Seconds to Mars before winning Oscars and hamming it up as the Joker—stopped by to kick it with current label head John Janick. Billie Eilish posted up with works by Cecily Brown, Lisa Yuskavage, and Anna Park, all inspired by her music. Olivia Rodrigo dutifully filed an Instagram missive from LACMA to her 21 million followers, posing in front of a Henni Alftan painting made in reaction to the cover of the singer’s 2021 hit record Sour.

“It’s going to bring a different audience to the museum,” LACMA director Michael Govan told me, standing near Nine Inch Nails frontman Trent Reznor. “Most exhibitions take years to plan, and this went start-to-finish pretty quickly. I just try to keep the exhibition calendar flexible so we can disrupt everyone once in a while.”

And then Govan was whisked off to meet Umar Rashid, the artist who turned Tupac Shakur’s Me Against the World into a painting with the late rapper as a laser-eyed hero surrounded by a mélange of halo-headed angels, a baby blue Cadillac, and a black boombox. The yearlong process of putting together a show of new work by the world’s most in-demand artists responding to musical artists was handled almost entirely in house. Iovine, Janick, Berman, and Josh Abraham—another music executive and a collector with serious Los Angeles art world bona fides—did A&R but for painters, not rappers. The idea first came at the start of 2021, when Justin Lubliner, an Interscope rising star who signed Eilish in 2016, suggested some kind of crossover event with the art world.

“He said ‘Why don’t we do, for the 30th anniversary, get the musical artists and visual artists, and they can do the album covers,’” Iovine told me Tuesday. It was a warm January morning, and Iovine was sitting on the 75-degree, sun-dappled terrace of a palm-tree-dotted Beverly Hills hotel, wearing green socks with loafers, a vintage L.A. Raiders shirt under a leather jacket, a plain white cap, and a chain, ordering green tea and telling the staff to turn the music down.