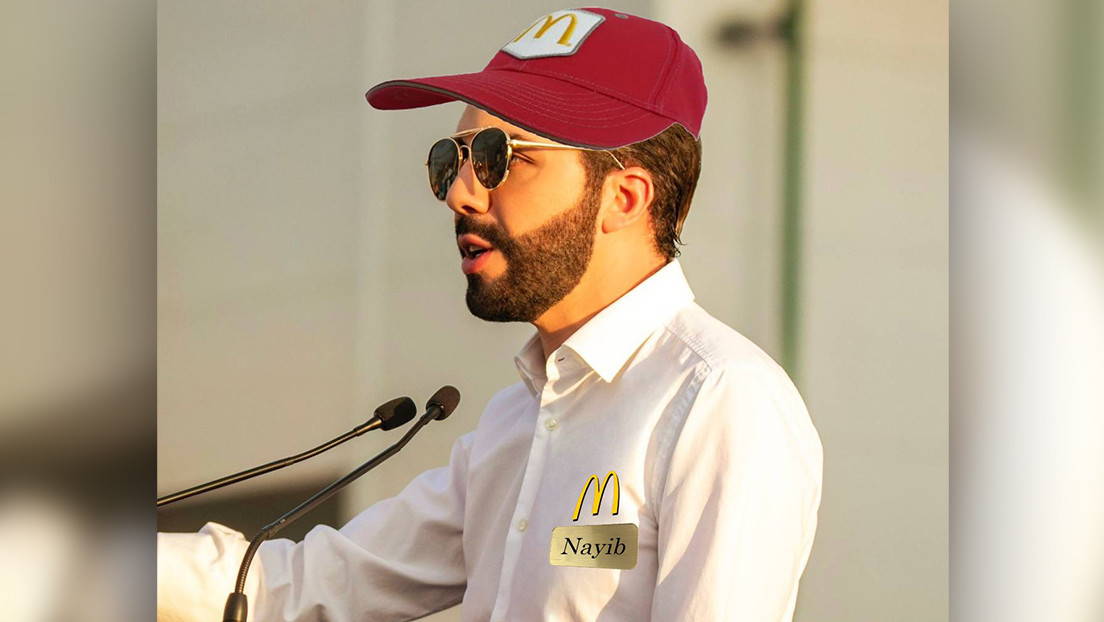 These are not the best times for bitcoin enthusiasts and the president of El Salvador, Nayib Bukele, knows it. For this reason, given the fall in the price of this cryptocurrency, the president ironized about his compromised situation in his Twitter profile photo, where he now appears with a McDonald’s cap.

Bukele’s gesture has to do with the cryptocurrency proverb that says that if you bet everything on bitcoin and it fails, investors will most likely end up working in the fast food chain, explains journalist Nazareth Balbás for RT.

But his reaction, although witty, is not the most auspicious for the country. According to the most recent data, the collapse of the price of that cryptocurrency – converted by Bukele into the second legal tender in El Salvador – would have caused significant losses to the finances of the Central American nation.

A few days ago, when bitcoin was trading at around $36,200, Bukele announced the purchase of 410 units. That single bet would have caused El Salvador to lose more than 840,000 dollars today, since the cryptoactive is traded this day at around 30,100 dollars.

In December, the president reported that he had bought another 150 bitcoins, taking advantage of the drop of more than 18% in its value. However, the «bargain» involved purchasing each unit for $48,670, more than $18,000 from its current value.

Based on the president’s tweets, El Salvador already has at least 1,801 bitcoins. The most recent fall of that cryptoactive reduced its price to half of the historical maximums, which may be a cause for concern for the Bukele government, which has made a risky economic bet that has it in the eye of the rating agencies and has generated apprehension in international organizations.

Bukele’s jokes are no laughing matter

True to his style of ‘millennial president’, Bukele does not miss an opportunity to use social networks to make fun of the vicissitudes he faces, confront his detractors or brag about his achievements in the Central American country, where he enjoys undeniable popularity.

However, in recent weeks, the president has adopted a more aggressive tone against rating agencies such as Moody’s, which warned of the increased risk for El Salvador’s sovereign debt, in the event that the Government continues to buy bitcoin.

In response to these predictions, Bukele wrote the acronym ‘DGAF’ (don’t give a fuck), which in Spanish can be translated as «Me importa un rábano», but with a much coarser connotation.

Although his supporters applauded Bukele’s response, the recent losses for El Salvador due to the volatile behavior of bitcoin not only compromise the risky investments made by the Government, but could be counterproductive for the delicate negotiation that is in the making with the International Monetary Fund International (IMF).

In fact, in November of last year, the IMF issued a statement in which, although it recognized the impact of expansionary policies and «the strong recovery of external demand» in El Salvador, it emphasized the high volatility of bitcoin, the risks associated with its implementation and the almost zero control mechanisms for a currency that escapes the traditional financial architecture.

“The risks that emanate from the adoption of bitcoin as legal tender, of the new payment ecosystem and the sale of bitcoin must be controlled”, emphasized the IMF, an organization from which Bukele hopes to obtain financing for 1,300 million dollars to face the deficit of the public accounts.