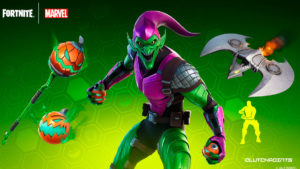 In celebration of the company’s 50th anniversary, Atari NFT, dubbed Atari GFT or giftable NFT, has been revealed.

Companies now have a cheap and easy way to celebrate their anniversaries and earn lots of money in the process. After Konami released an NFT set to celebrate Castlevania’s 35th anniversary, and it turning out to be a huge financial success, other companies are following their lead. The original producers of the NFT, in this case, Konami, earn a cut for each successfully transaction involving the NFT. One such company to follow their lead now is Atari. Atari has only recently unveiled Atari GFT, or giftable Atari NFT, that are developed for the Atari 50th anniversary celebration.

The Atari 50th Anniversary Commemorative GFT Collection contains 10 GFT, produced by NFT developers Republic Realm. The GFT whitelist is now full, and anyone who wish to take part will have to wait for the airdrop to commence and purchase whatever NFT gets sold in the secondary market. Now, don’t be worried – most airdropped NFT do end up getting sold in the secondary market. Such is the nature of the speculative collectibles market. However, you might have to set aside a lot of money, as prices usually spike up fast.

Atari GFT differ from the Konami NFT in one significant way: people don’t exactly know what these NFT contain yet. We know that the NFT come in three different rarities: Epic, Rare, and Common. The specific contents of the NFT are currently hidden, to be “unwrapped” to reveal its true nature at a yet unspecified date. There are various perks for people to hold onto 4 or more Atari NFT such as access to token-gated content, future air drops, purchase for more NFT, as well as access to game competitions. Atari promises more to come in their metaverse but didn’t really expand upon this promise.

If you’re already starting to catch on, yes, the Atari NFT is a tad worse compared to the ones by Konami. At least with Konami’s NFT, you know exactly what you’re getting. But the Atari GFT, all with its random rarity mechanics and randomized contents, feel awfully a lot like loot boxes, essentially making Atari NFT the metaverse equivalent of video game loot boxes. That can’t be a good thing, right?