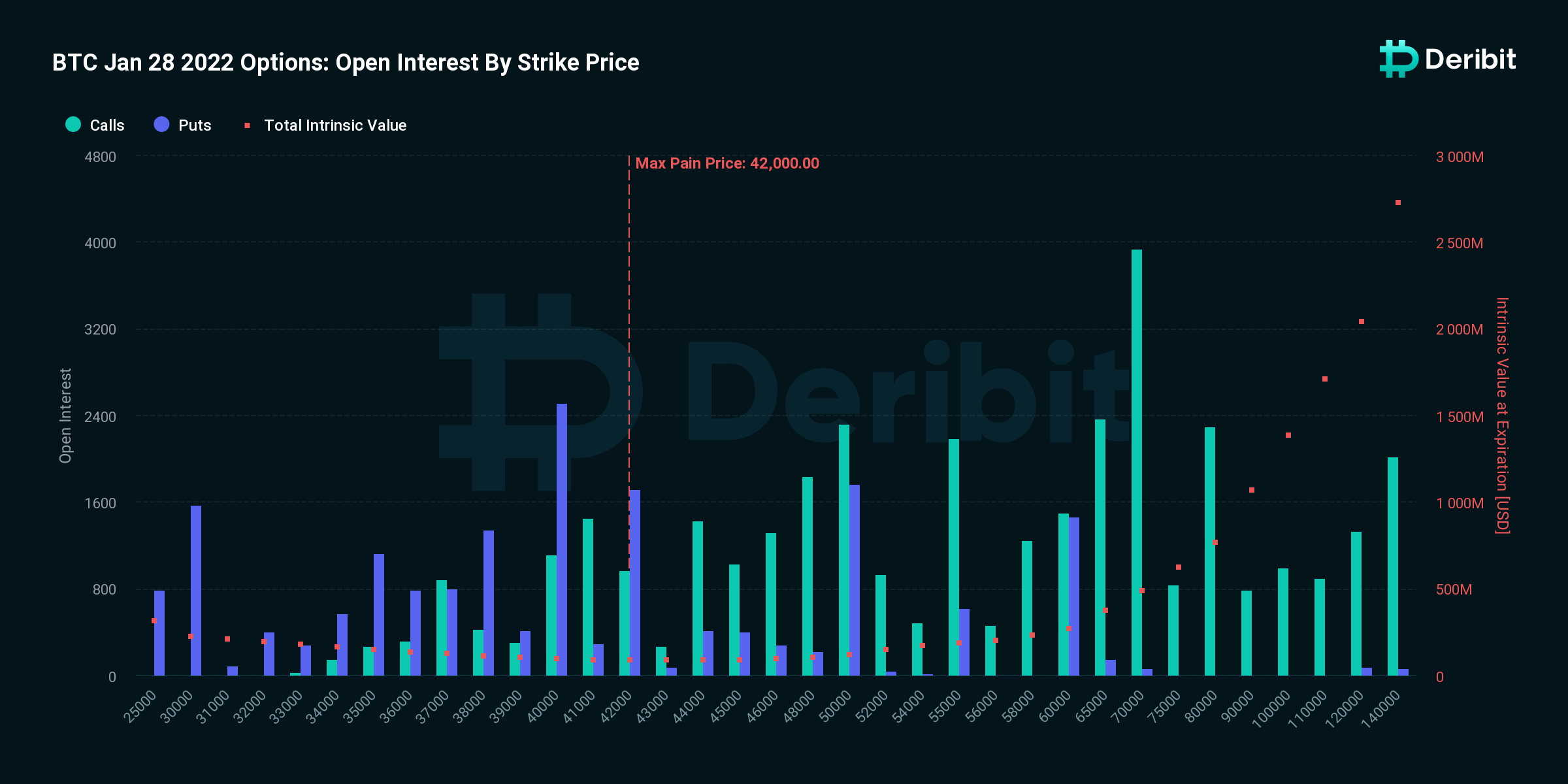 Following the options expiry on January 21,  the cryptocurrency market prices plunged. The options expiry, involving the open interest of roughly $600 million seemed to have weighed on the market, sparking volatility among most digital assets.

Where is Bitcoin price headed?

Bitcoin price fell below the psychological level of $40,000 as support, sliding toward a swing low near $33,000. Liquidations across trading platforms were significant, with Bitcoin positions accounting for $292 million. BTC dropped over 50% from its all-time high on November 21, marking one of the most significant pullbacks since.

The options expiry on January 21 benefitted the bears, as Bitcoin price dipped below $40,000, while the maximum pain level was at $41,000, which is the price at which BTC would cause financial losses for the largest number of options holders at expiration.

Since maximum pain is the option’s strike price for which the most number of options contracts will expire worthlessly, the theory suggests that the asset price, Bitcoin will gravitate toward the max pain price as it heads toward option expiry.

The theory indicates that market makers will attempt to remain hedged against their open interest, by shorting or longing the futures market. There is a large incentive for market makers to manipulate spot prices closer toward the maximum pain price.

Roughly $2 billion worth of Bitcoin options is about to expire on January 28, while speculation continues to increase regarding the recent volatility in the market. Open options contracts were worth over 200,000 Bitcoin according to crypto data analytics site Coinglass.

While open interest shows that there are more calls than puts, the volume by expiry date indicates a majority of bearish sentiment.

Crypto analysts are expecting Bitcoin price to form a bottom after the January 28 options expiry, the last great options expiry date by volume and open interest in the month. Investors should note that this time, the max pain is at $42,000.

Bitcoin price could see a quick bounce toward the resistance zone near the max pain price at $40,000 to $42,000, before dipping again to form a bottom at around $30,000, as previous data suggests that BTC could form a bottom on the first trading day following options expiry.