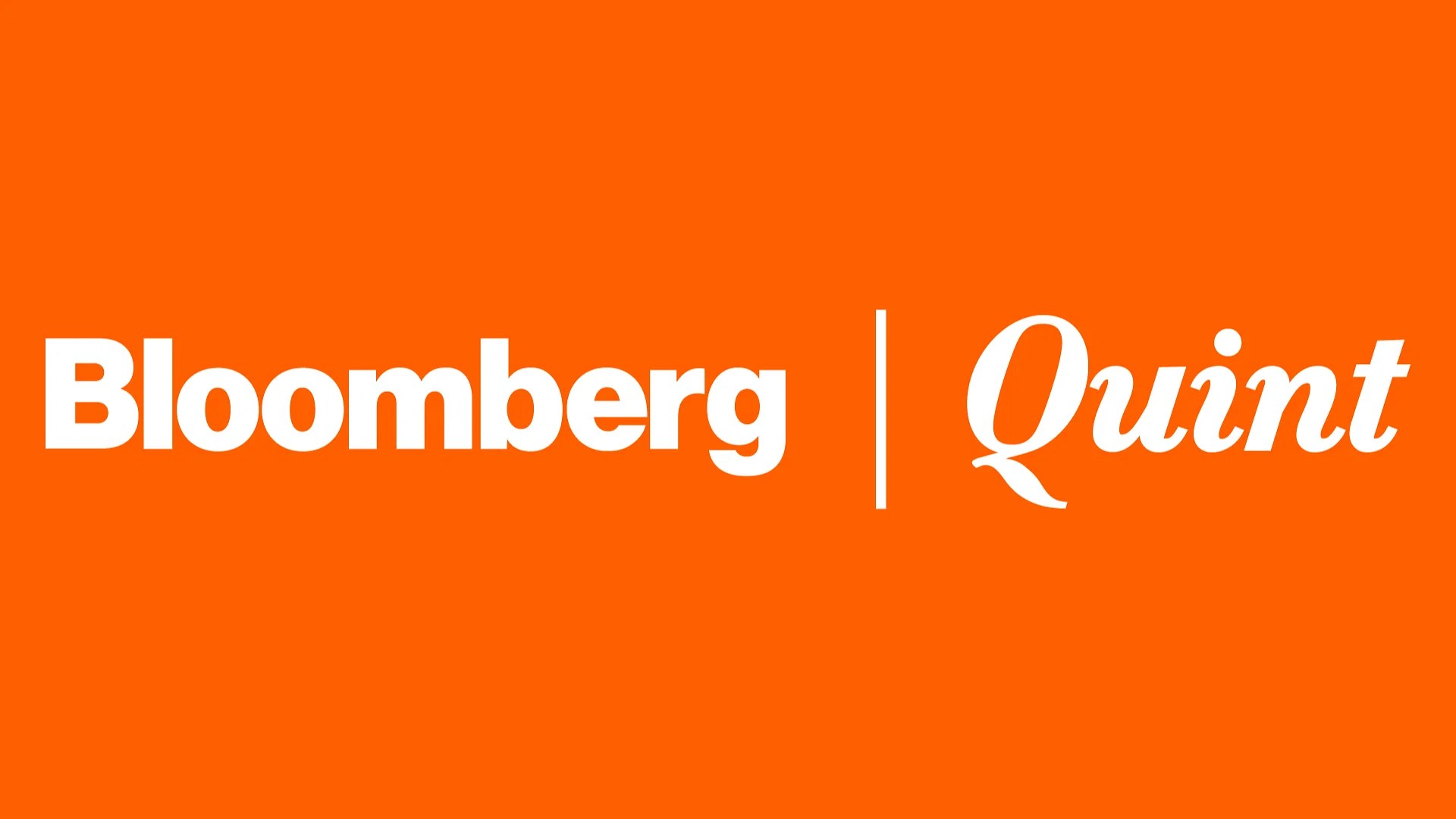 (Bloomberg Businessweek) — It’s been an ugly start to the year in the stock market, and many on Wall Street are bracing for it to get even uglier. On Jan. 25 the S&P 500 index was almost 10% below its last high, which was reached on the first trading day of 2022. The Nasdaq-100 index was off nearly 15% from its peak in November, while the Russell 2000 Index of smaller companies was down almost 18% from its latest high.

Market pundits seemed more shaken than those numbers alone would suggest, with talk of long winters and bursting bubbles even amid late-in-the-day rallies as traders tried to “buy the dip.” Perhaps that’s because there’s a sense that the markets are, for the first time in a while, going to have to grit out losses without help from an accommodating U.S. Federal Reserve. And while companies themselves are healthy—with strong balance sheets that could eventually help put a floor under equity losses—the long-reigning expectation that risky assets will mostly go up seems to have been broken.

Look beyond the major benchmarks, and it’s easy to find examples of 50% losses—or worse. Cathie Wood’s ARK Innovation ETF, the darling investment vehicle of the pandemic era that soared 153% in 2020, is down almost 55% from the high it touched in February of last year. Cryptocurrencies have been devastated: The price of Bitcoin has been cut almost in half since it sold for nearly $69,000 just two-and-a-half months ago; Ethereum is down even more over the same period.

In other words, the most-speculative stuff is leading the way down. It’s almost as if the markets are holding a stress test to find out what’s real and what isn’t. Comparisons to the bursting of the dot-com bubble, which knocked almost 83% off the Nasdaq 100, are inevitable. Unlike the Covid-induced bear market of 2020, there hasn’t been an external shock to the system. Instead, investors are once again reassessing their dreams of future business successes and the nosebleed valuations they’ve been paying. Following the rally over the last two years, most market-wide valuation measures were on par with, or even exceeded, the highest of the frothy days of the dot-com bubble. Cryptocurrencies were (and are) even more vulnerable to a sudden shift in investors’ faith.

Yet turn-of-the-century parallels should only be taken so far. The tech heavy Nasdaq-100 index of today, though richly priced, is dominated by very profitable companies that represent the heart of the economy. And the current environment is still a product of a unique historical circumstance: an economy and market ravaged by a raging pandemic, only to be jolted back to life by a combination of government and central bank stimulus of unprecedented size. In fact, it’s actually that brisk rebound in the economy that’s to blame for much of the stress. The demand side of the economy has been turbocharged at a time when the supply side is still struggling to get back to normal, causing consumer prices to jump 7% in the hottest inflation reading in almost 40 years.

Enter the U.S. Federal Reserve, which for years had been striving to lift inflation to its target of 2%. With the unemployment rate approaching its pre-pandemic lows and inflation higher and stickier than the central bank’s leaders had previously believed, policymakers are pulling away from ultrastimulative monetary policy. The Fed is poised to end its purchases of Treasury and mortgage bonds quickly and raise interest rates as soon as March, the first of three expected increases this year. So now C-suite executives will need to grapple with rising borrowing costs in addition to higher prices for labor and everything else they need to run their businesses. And even before the omicron variant surfaced, the economy was poised to slow. Add a dash of geopolitical tensions between the U.S. and Russia over Ukraine, and the recipe for a stock market freakout is complete.

In the decade that followed the global financial crisis of 2008-09, this type of market turmoil would have caused investors to start betting that the Fed would have second thoughts and reverse its plans to raise rates. This was known as the “Fed put” among traders, who borrowed some lingo from the options market to describe the notion that central bankers would amend the course of monetary policy to halt a severe market decline. But during that period, inflation was a distant threat. Now Fed Chair Jay Powell is dealing with inflation pains in the present tense.

So the Fed put is in doubt now. Or maybe what’s being questioned is just how bad the market selloff has to get before the central bank changes course. After all, stock market turbulence isn’t on the list of things the Fed is supposed to care about, unless it gets so bad that it poses a threat to the economy. With the S&P 500 gaining an average of 24% annually over the past three years, it’s hard to argue this pullback is enough to do real damage to growth.

Yet help could come from somewhere else. Call it the “CFO put,” as in chief financial officer. Many American corporations, especially the big ones, are in dazzling financial health. S&P 500 companies had about $2.4 trillion in cash and short-term securities on their balance sheets at the end of the third quarter of 2021, compared with $1.6 trillion at the same time in 2019, according to Bloomberg Intelligence. Google parent Alphabet Inc. alone had $142 billion going into its final quarter of 2021. Microsoft Corp. had $131 billion as of its most recent quarterly report; Amazon.com Inc. had $79 billion.

Companies also have surprisingly low debt in relation to how much income they are bringing in. The ratio of net debt to Ebitda—or yearly earnings before interest, taxes, depreciation, and amortization—was barely above 1 at the end of 2021 for S&P 500 companies, a record low, according to Bloomberg data dating from 1990. Compare that with a ratio of 4.25 in 2007, before the global financial crisis, and 3.88 in 1999, ahead of the collapse of the dot-com bubble.

These robust balance sheets, in addition to indicating general corporate health, could help stop the bleeding in two ways. First, the giant companies in the market have plenty to spend on buybacks of their own shares if they fall too much. Second, corporations with plenty of cash and borrowing power can purchase attractive businesses. Consider Activision Blizzard Inc., the video game maker whose stock roughly doubled during the Covid lockdowns, to trade more than $103, as playing Call of Duty replaced going out on the town. The frenzy over the stock eventually wore off, sending it back down to as low as $57. Then Microsoft agreed to spend about $69 billion to buy Activision Blizzard for $95 a share. Peloton Inc.’s rise and fall was even more dramatic: It was trading below $20 a share in March 2020, then surged to more than $167 early last year. Now, with shares of the at-home exercise company back in the $20s, speculation is swirling that a bigger company will buy it, spurred on by agitation from activist investor Blackwells Capital.

I recently asked Morgan Stanley’s Andrew Slimmon during an interview on Bloomberg’s What Goes Up podcast what Microsoft’s offer for Activision Blizzard signaled to him. “It’s a sign that companies are flush with cash,” he said. “Oh, by the way, what’s the return on investment on cash right now?” Narrator: about 0%. In other words, a company can do more to boost its growth by spending money on acquisitions than by holding on to that money.

Slimmon, who co-manages a U.S. equity fund that handily beat the S&P 500 with a 36% gain in 2021, thinks it’s risky to buy the dip in ultraspeculative growth stocks. He expects the market will eke out a small gain this year, which is to say nothing as spectacular as the past three years. “Corporate fundamentals are not getting the press they deserve,” he added. “We talk about the Fed a lot and geopolitical risk, but I just don’t think what’s happening in corporate America gets enough positive press.”

This correction in the stock market is getting plenty of press. Yet, the drama surrounding it may end up speaking more about the false sense of calm that was fostered by the almost straight-up rebound last year after the pandemic-induced bear market of 2020. Before 2021 the S&P 500 had averaged one pullback of 10% or more every single year since 1950, according to LPL Financial market strategist Ryan Detrick. Perhaps the Fed put or the CFO put won’t be enough to spare the market from an awful year, and the dramatic predictions of doom will come true. Still it’s worth considering that this market correction is just another necessary step for a world desperately trying to find its way back to normal.