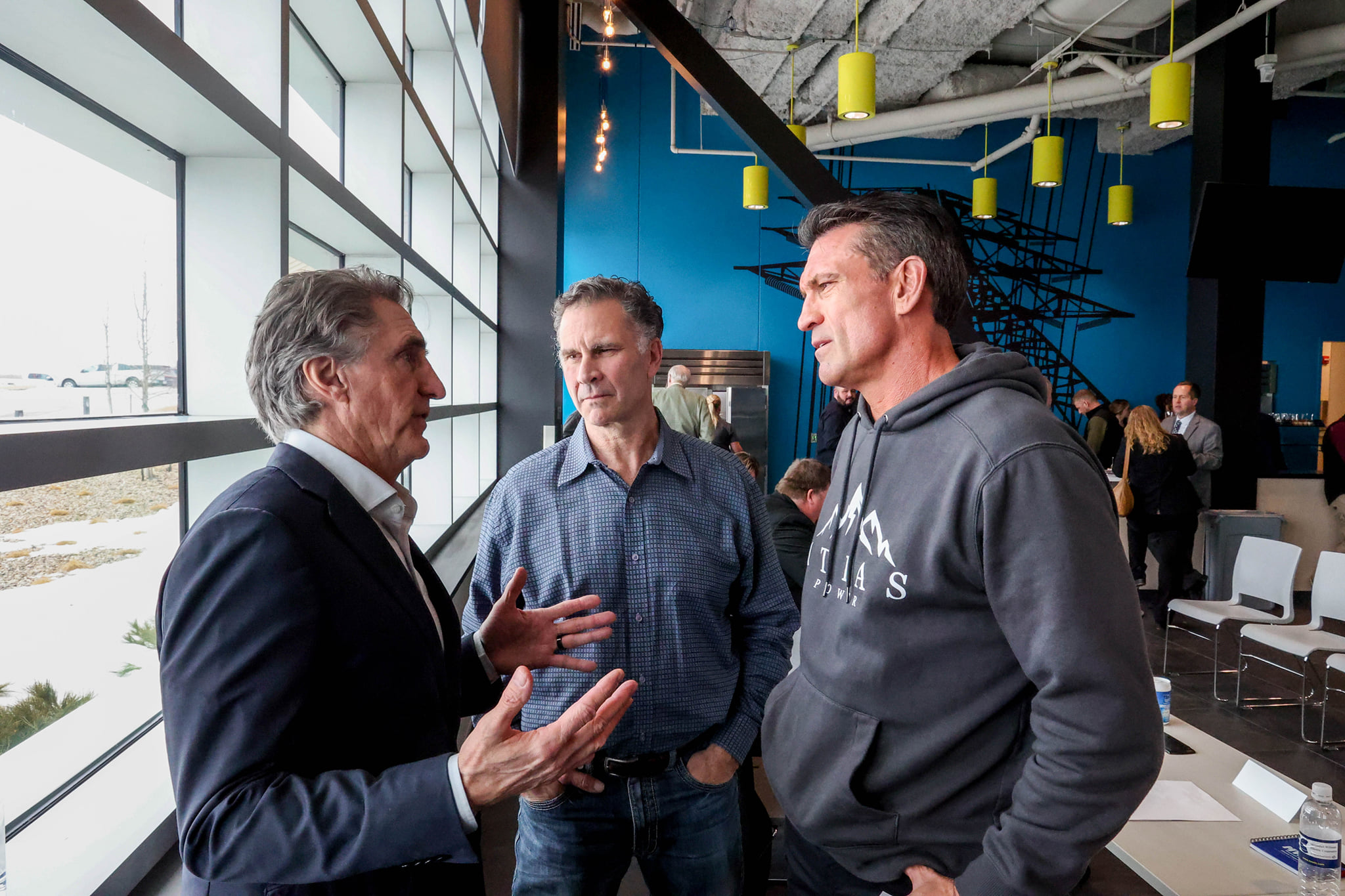 BISMARCK — North Dakota Gov. Doug Burgum and two cryptocurrency companies unveiled plans Wednesday, Jan. 26, for a massive data center outside Williston, a $1.9 billion project that developers said will be among the largest standalone, high-performance computing facilities in the world.

The data center is being constructed by Montana-based FX Solutions and will be owned and operated by Atlas Power, also of Montana. Executives from the companies laid out plans to construct the facility in three phases, with the first stage drawing on 240-megawatts of electricity — more energy than is needed to power the city of Fargo — and eventually ramping up to a powerhouse 700-megawatt scale.

In its first phase, the Atlas Power data center is expected to perform a host of energy-intensive jobs, Burgum spokesman Mike Nowatzki said, with about 65% of resources dedicated to mining cryptocurrency. The remaining energy would be used for data storage, machine learning and artificial intelligence tasks, among other things, Nowatzki said.

Sixteen buildings, each the length of a football field, will hold the computing systems in the project’s initial phase, with site work for the facilities already underway on 77 acres west of Williston. FX Solutions president Richard Tabish said he expects to have phase one completed by the end of 2022, and to achieve the 700-megawatt scale within two years.

Tabish said the two companies chose North Dakota for their project partly because of how quickly they would be able to bring the data center to completion here.

Data centers have sprouted up rapidly around the world in recent years, spurred by the growing demand for cloud computing and cryptocurrency transactions.

Developers have also set their sights on North Dakota as a location for new data centers in part because the state’s frigid winters help with the cooling processes needed to keep hardware from overheating. Smaller projects are underway in Jamestown and Grand Forks, while Rainbow Energy, the buyer of Coal Creek Station, has publicized plans to add a data center near North Dakota’s largest coal plant. The company has not disclosed specifics about the size or computing purposes of that facility.

While the data center sector is nascent in North Dakota, the industry has clustered in a handful of locations around the country, including northern Virginia, Silicon Valley and Dallas. A September report from the commercial real estate firm CBRE found that northern Virginia has the country’s largest inventory of data centers, at over 1,500 megawatts.

FX Solutions and Atlas Power said their project would create around 100 temporary construction jobs and support 30 employees on site over the long-term.