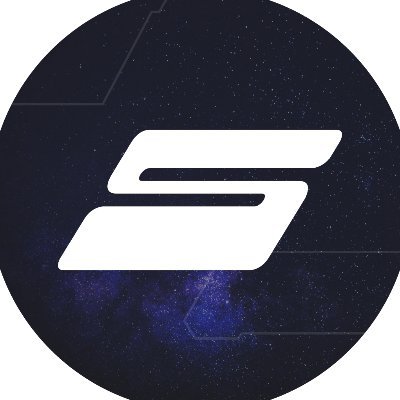 Facebook’s rebranding to Meta has marked a new phase for the NFT market. During 2020, the mighty Axie Infinity metaverse set the playing field for others to follow. The tactical blockchain game introduced NFTs, not just as mere digital collectibles but as playable fantasy creatures. Furthermore, Axie’s self-contained economy was boosted with AXS and SLP fungible tokens, providing a play-to-earn (P2E) offramp into crypto-to-fiat conversion.

As a cherry on top, Axie borrowed from DeFi protocols as well by allowing players to stake Axie shards (AXS) in exchange for rewards. Just as one can earn interest when depositing money in a bank, staking locked up AXS tokens enables users to earn more of them. These coins can later be exchanged for fiat currency (USD/EUR) on a number of crypto exchanges.

Thus, the GameFi ecosystem was born, combining decentralized finance (DeFi) with blockchain gaming. One doesn’t have to look too far to see the success of this new GameFi model. Second to OpenSea with its $13.25 billion trading volume is Axie Infinity, its standalone NFT marketplace accounting for $3.81 billion. Building on this setup, Meta’s rebranding caused an avalanche of renewed interest in metaverse coins, which have soared dramatically since the beginning of November 2021.

Now that the initial speculative frenzy has settled, it’s time to examine more closely which metaverse candidates are poised to become the next Axie Infinity. More importantly, how would these metaverse coins be used within P2E models?

Use Cases for Metaverse Coins

The concept of metaverse coins is nothing new. Since RuneScape and World of Warcraft, gamers have known that some games have complex economies that mimic all the real-world fundamentals: crafting, farming, collecting, smithing and battling. However, their in-game currencies remained sealed off from the real world, and at that time P2E was not possible.

Blockchain tech was the missing ingredient. Now, those in-game assets can be tokenized and exported outside the game to be traded for fiat currency. Underlying these virtual economies are metaverse coins as native virtual currency units. Whatever transactions need to be paid for within a metaverse, a coin exists to make it happen.

Case in point, the most-funded metaverse platform, The Sandbox, has its SAND metaverse tokens. They have multiple applications:

Right now, if you were to go to OpenSea to mint or buy a new NFT, you would need ETH cryptocurrency. Within The Sandbox, SAND tokens would fulfill that purpose, for instance, paying for the minting of a variety of ASSETS created by users, thanks to voxel technology. It is no coincidence that Sébastien Borget, the co-founder of The Sandbox, picked this tech.

Because voxels mimic real-world particles, VoxEdit makes these composable assets much easier for players to turn into playable ASSETS that are worthy of becoming NFTs to be traded. They can range from equipment, avatar clothing and vehicles, to buildings to creatures.

Lastly, metaverse coins have another important application. They incentivize community members to hold them because they represent voting rights. With these in place, a DAO is created — Decentralized Autonomous Organization. DAOs make it possible for metaverse coin owners to participate in a platform’s development. It decides which features should be prioritized, which ones to discard and which ones to add.

Therefore, metaverse coins are often utility and governance tokens simultaneously. These roles can be interchangeable. While the governance part relates to voting power, they can also be staked as utility tokens that provide rewards in the form of a share of all the revenue created by executed transactions within the ecosystem.

Metaverse Projects That Stand Out

Following the success of Minecraft and pixelart games, it has become commonplace to find such aesthetics in GameFi as well. Both The Sandbox (SAND) and Decentraland (MANA) have that cartoony look, alongside DeFi Kingdoms and Mobox. However, on the other end of that spectrum are games that are closer to the triple-A standard.

They provide a modern, high-realism look and aren’t so much DeFi platforms attached to a game as they are a game attached to DeFi. One such game is SIDUS NFT HEROES, a sci-fi MMORPG that has more in common with the likes of Mass Effect and Star Wars: The Old Republic.

Because they run on a decentralized exchange, IDOs provide instant access to funds, automatic liquidity and no listing fees. Although these are major benefits to traditional, centralized funding models, they also require investors to have a certain degree of crypto knowledge.

Since its launch on December 15th, the project’s metaverse token called SIDUS reached an ATH price of $0.1932 on January 1st, 2022. Moreover, it ended up at the top of the token trending pile.

Just as with Axie Infinity and The Sandbox, the game’s transactions are conducted in SIDUS tokens, used for crafting, homesteading, customizing, pet breeding and NFT minting. However, SIDUS HEROES comes with a twist in the form of another token called the SENATE.

SENATE is both a governance and an in-game coin used for specific tasks. Besides voting, it is used to create and manage factions and users’ voting power is proportional to the number of tokens they hold. Unlike the native SIDUS coin, the 300 million total SENATE tokens represent the only currency with which players can buy spaceships, space station upgrades and land plots.

In turn, SIDUS tokens are to be used more for executing in-game transactions and character customization, which are themselves NFTs. Both types of tokens can be staked for APY gains of between 20%–60%, depending on the lock-up period.

The scope of the SIDUS project is reminiscent of Bioware’s Andromeda, covering everything one would expect to see in a sprawling sci-fi universe, from resource gathering and mining to weapon and equipment upgrading. Moreover, considering how popular EVE Online turned out to be, SIDUS’ venture into guild management may be just what it needs to take off. Already, the SIDUS team has partnered with Astra Guild, one of the largest NFT-based, P2E, DAO platforms.

Although Ubisoft experienced a heavy backlash after launching its NFT Quartz marketplace for its upcoming games, players were disgruntled by this move because the company was still charging full price for the game itself. GameFi projects like The Sandbox, Decentraland, Mobox, SIDUS HEROES and others are not forcing the issue. Instead, they provide a natural gaming evolution where one doesn’t even think of monetization as micro-transactions.

GameFi games may have virtual economies, but there is nothing virtual about the seamless Web3 exchange of tokens for fiat money. Given the choice, it stands to reason that players will give preference to the new tokenized P2E model, sidelining the old model which yields no real-world benefits. Eventually, one should expect it to completely supplant traditional, non-blockchain gaming. That is, so long as the games in question have sound gameplay mechanics and economies that are well thought-out and mimic the physical universe.