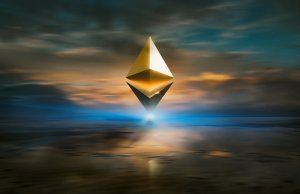 The asset manager writes that the renewed inflows suggest the recent headwinds for digital assets, such as the significant price weakness, were seen as buying opportunities for investors. However, crypto investment products remain in red on a YTD basis.

Total assets under management (AuM) are now $51 billion, the lowest since early August 2021, which comes in line with the bearish trend in the broader cryptocurrency market. The figure is down by 41% from the $86 billion peak set back in November 2021. Bitcoin’s value has dropped by more than 50% over the same period.

Breaking down the latest statistics, Coinshares said outsized outflows were seen in Ethereum investment products. The second largest cryptocurrency in terms of market capitalisation witnessed the biggest blow, with an outflow of $16 million last week.

Ethereum’s market share has suffered in recent months due to Bitcoin’s dominance, and the recent combination of price drop and outflow has seen their AUM fall to $12.6 billion from a record $20 billion. As a result, Ethereum now represents 24% of the capital locked in crypto investment products.

“The current 7 week run of outflows now total $245 million, or 2% of AuM, highlighting much of the recent bearishness amongst investors has been focussed on Ethereum rather than Bitcoin,” CoinShares said in a note.

While the major cryptocurrencies suffered a blow, other altcoins such as Cardano, Polkadot and Solana softened the impact seeing in flows totaling $1.5 million, $1.5 million and $1.4 million respectively. However, London-based asset manager noted that the trend was diminishing following record weekly outflow in mid-January.

Digital asset investment products recorded a huge outflow of funds in the first month of the year as the broader cryptocurrency market performed poorly.

Cryptocurrency funds and products had amassed inflows of $9.3 billion in 2021, significantly greater than the $6.8 billion seen in 2020, or up 36 percent year-over-year.