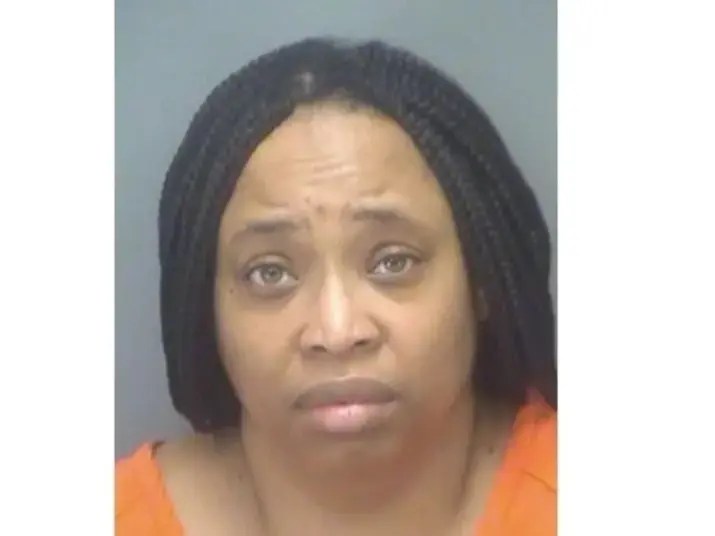 CARROLLWOOD, FL — A 50-year-old Tampa woman has pleaded guilty to hiring a hit man to kill the wife of her ex-lover.

According to U.S. Attorney Roger B. Handberg, DeAnna Marie Stinson of New Tampa, the former director of finance for Bible-Based Fellowship Church at 4811 Erlich Road in Carrollwood, created an account on a murder-for-hire site on the dark web June 24, offering to pay more than $12,000 in Bitcoin to hire someone for a “quick hit in southern Florida.”

According to court documents, she provided the name and address of her former lover’s wife and included the instructions: “Do not do at the home. Any place else is fine. Need completed during July – preferably, between July 5th-11th.”

When she didn’t hear back, she messaged the administrators of the website on July 15, twice again on July 17 and on July 22, reiterating her need to have the “job “completed as soon as possible and offering a “bonus” if the hit was completed by July 31.

When Stinson did not receive a reply from the website administrators by July 31, she asked that they “reassign the job to someone who has a history of getting jobs done” because she “need[ed] th[e] job done ASAP.”

The FBI received a tip about Stinson’s efforts to hire a hit man and obtained records from her virtual currency exchange account that showed she paid the murder-for-hire website Bitcoin to complete her request.

An FBI agent, pretending to be a hit man, contacted Stinson and, in a recorded phone call, she confirmed that she wanted the woman killed.

The agent sent Stinson a text message containing a staged surveillance photo of the spouse to confirm if this was the person she wanted him to kill.

Stinson confirmed the person in the photograph and told him she would not have regrets or change her mind. The agent said he would need additional Bitcoin to purchase a revolver, and she sent him $350 in Bitcoin, so the transaction could not be traced.

On Sept. 23, the FBI executed a search warrant at her home on Mayfair Park Court off Tampa Palms Boulevard and seized two laptops, a desktop computer and an Apple iPhone XR, which revealed the Bitcoinc transactions and the text messages between the undercover agent and Stinson.

Agents also found a handwritten note inside the Stinson’s purse that listed her
username for the murder-for-hire website and her login information for a Bitcoin escrow account.

She was arrested and charged with solicitation to commit a violent crime and murder for hire. She remains in the Pinellas County Jail without bail by order of the U.S. Marshals Service.

In addition to serving as director of finance for the church, Stinson is a certified public accountant. She’s listed on CPA sites as having her bachelor’s of science degree in accounting from Hampton University and her master’s degree in business management from the University of Phoenix.

She established W.O.E. (Woman of Excellence) Consulting Inc. in February 2002 to provide accounting and administrative services for small, minority-owned businesses.