ASX falls 1.8pc into correction territory on hawkish US Fed 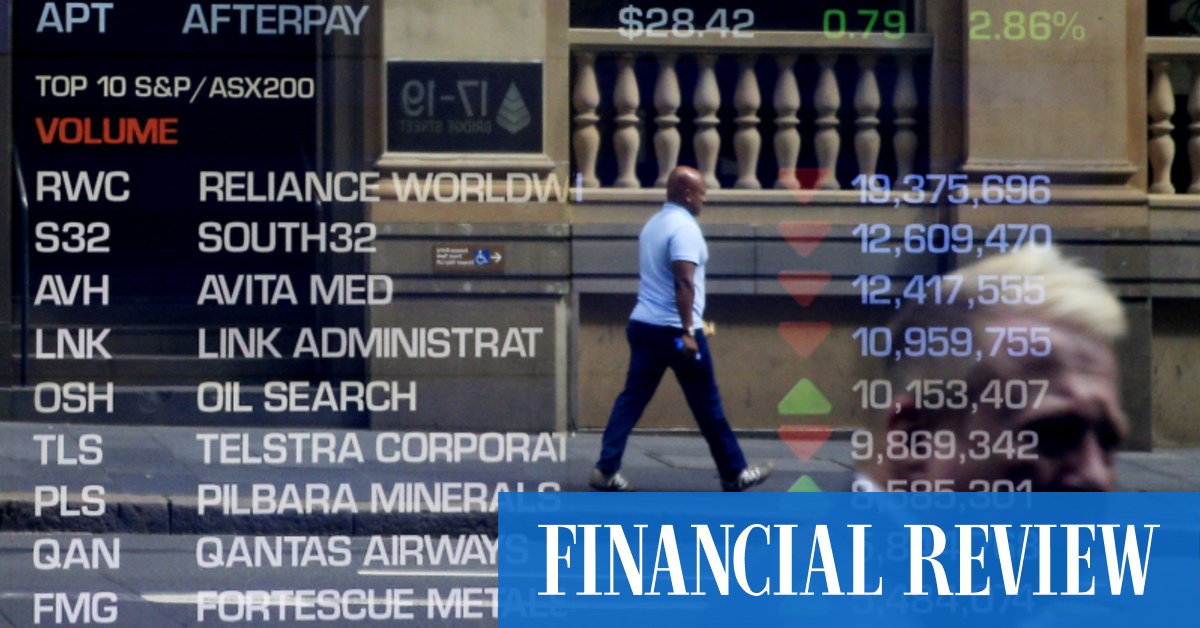 “It seems Powell and the FOMC (Federal Open Market Committee) are going to implement some fairly aggressive tightening to rein in the US economy, which has above-trend growth and 40 year highs in inflation combined with full employment.”

ASX-listed businesses sensitive to changes in discount and interest rates dominated the day’s losers as the present value of their risk-adjusted future cashflows falls on the prospect of rising risk-free rates globally.

The carnage extended to the healthcare sector, with blue chips Cochlear and Ramsay Healthcare hitting 52-week lows, while blood products and pharmaceuticals giant CSL closed down 3.5 per cent at $249.43.

The retail and e-commerce sector also tanked ahead of February’s earnings season when consumer-facing businesses are set to report damage from the omicron wave sweeping the country.

Kogan.com plunged 12.3 per cent to a 52-week closing low of $6.13, after its trading update for the six months ended December 31 missed market expectations for gross profit and adjusted EBITDA.

Elsewhere, gold miners Silverlake Resources fell 11 per cent and Evolution Mining dropped 11.3 per cent on disappointing quarterly production reports as labour shortages bite in Western Australia. At the closing bell gold fetched $US1814 an ounce, with its digital rival, bitcoin, down 4.6 per cent to $US36,033.

Energy giant Woodside Petroleum offered a rare bright spot to rise 2.5 per cent as benchmark oil futures hit US$90 a barrel for the first time since 2014. Woodside also said it is preparing to exit operations in Myanmar after last year’s military coup.

The energy sector rose 2.1 per cent as prices climbed on worries of a Russian invasion of Ukraine that could potentially dislocate natural gas and oil supply markets.

“Markets at the moment are priced for perfection, so the policy tightening comes with the risk of not only weaker growth, but also now balance sheet runoff which is going to tighten financial conditions and make for a very challenging investment terrain,” he said.

“Earnings season will occur against a policy-tightening backdrop around the world, and in the end we’re just seeing an unwind[ing] of what had been an unbelievably good two years in equities.”