WTI dips back to mid-$83.00s as oil weighed by wider risk asset downturn 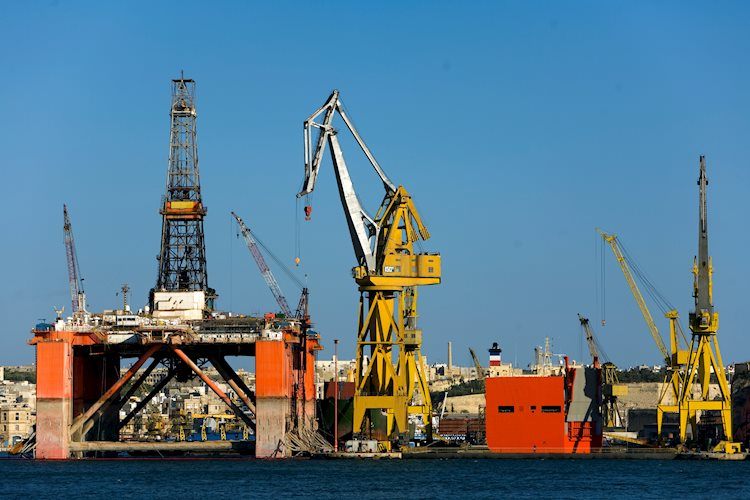 Crude oil prices fell sharply on Monday in tandem with a broad risk asset pullback that has also seen US (and European) equities, risk-sensitive currencies and cryptocurrency markets move sharply lower. Front-month WTI futures currently trade in the mid-$83.00s per barrel, down about $1.50 on the day, having been as high as $86.00 earlier in the session. Support in the $83.00 area is for now holding up, but a break below here could open the door to a drop back towards $80.00 per barrel.

Traders have been citing a combination of Fed tightening fears (as this week’s Fed meeting looms) and concerns about geopolitical escalation in Eastern Europe as weighing on the macro mood. Safe-haven assets such as USD, JPY, CHF and bonds have been outperforming and generally seeing solid demand and some are attributing the stronger US dollar as another factor weighing on crude oil prices on Monday. A stronger dollar makes USD-denominated crude oil more expensive for the holders of international currencies, thus weighing on its demand.

Analysts note that, while the broadly downbeat market mood does seem to be weighing on crude oil prices, rising geopolitical tensions between Russia/Ukraine/NATO, as well as in the Middle Ease as the UAE fends off more Houthi militia attacks, are a source of upside risk for crude oil prices. It remains unclear how any NATO (economic) response to a Russian military incursion into Ukraine would impact the country’s more than 11M barrels per day in crude oil output.