Why China Is Taking Interest in Non-Fungible Tokens?

Despite cracking down on cryptocurrency trading and mining last year, the Chinese government is pursuing other uses of blockchain technology and non-fungible tokens (NFTs).

Blockchain Services Network, a Chinese state-backed blockchain company, intends to roll out infrastructure in January 2022 that would allow individuals and businesses in China to make, sell and buy NFTs. It will get support from Red Date Technology, its chief executive He Yifan told South China Morning Post and explained that NFTs “have no legal issues in China” as long as they are not connected to cryptocurrencies like Bitcoin, which are banned in China.

NFTs are a type of digital asset that use blockchain to document the ownership of items such as images, videos and other collectibles.

China’s government showed signs of allowing NFTs in December 2021, when state-owned newswire Xinhua launched its own NFT collection. “NFTs in China will see annual output in the billions in the future,” He told scmp.com.

Why Is China Taking Interest In NFTs?

“Technological innovation brings about the possibility of societal advancement. So, no nation would want to stay behind,” says Ajeet Khurana, a crypto advisor and investor.

There is a lot of hype surrounding NFTs and the volatile market for digital keys to artworks has led to sales in billions.

According to data from NonFungible.com, NFT transactions reached $754 million in the second quarter of 2021, a year-on-year increase of 3,453 per cent. Collectibles and artwork accounted for 80 per cent of all transactions. By December, this had crossed $1 billion. 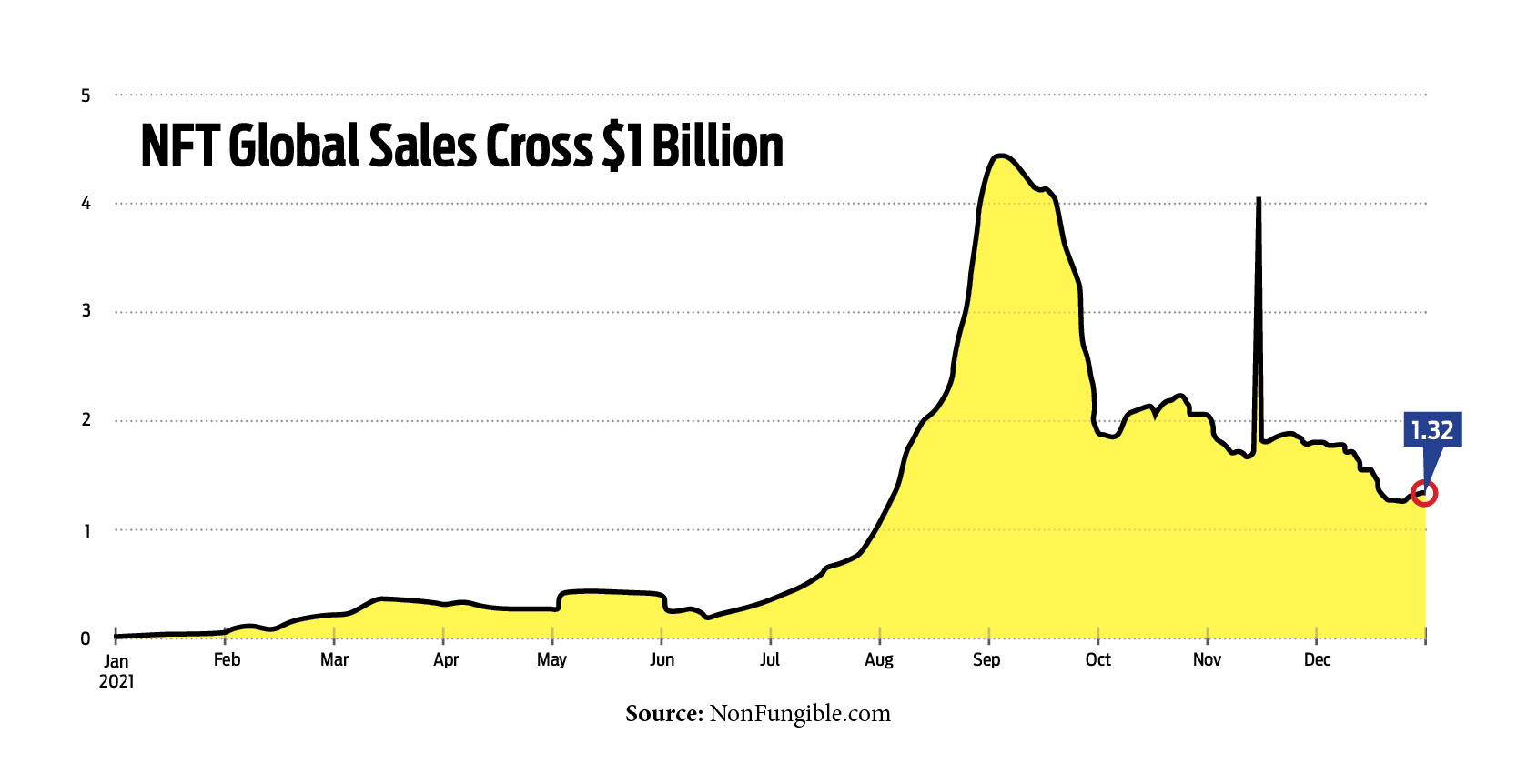 So, China, like many other nations around the world, is seeing immense growth in NFTs. “China is trying to build (an) NFT infrastructure on its own government blockchain. Anyone in China can build NFTs on that and anyone with a Digital Yuan wallet (China’s central bank digital currency) can trade in them,” says Kashif Raza, founder of Bitinning, an online platform focused on crypto awareness.

Some experts believe that China does not want to stay behind in new technology and intends to show its presence in NFTs. “NFTs don’t present the same challenges as cryptocurrencies. China doesn’t want to be left behind in this,” says Khurana.

However, the way NFTs are evolving globally, they are intricately linked to public blockchains, and hence the tokens that power them. China is solving this by forming a blockchain that it can control.

A problem with such a blockchain could be lack of global participation, says Raza. “The NFTs built on them won’t be scalable as they may not get a global audience.”

Last year, Alibaba, social media giant Tencent, video streaming site Bilibili and e-commerce firm JD.com had rebranded their NFT offerings as “digital collectibles”, but with more acceptance of NFTs now, they may not have to adopt such measures anymore.