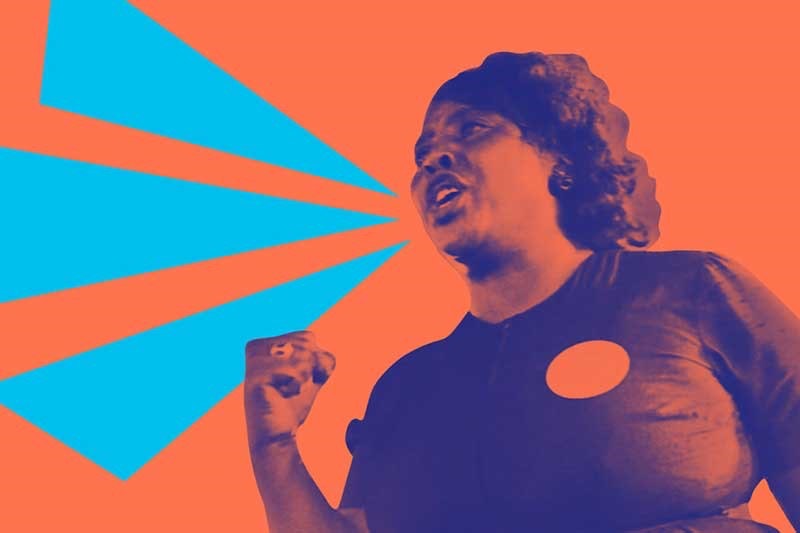 NFT stands for non-fungible token. It’s basically a museum of digital art. Instead of paintings, you get screens of digital images, moving images in some cases. These images were created on computers, like sci-fi art.

Part of the reason why they’re creating this museum, they say, is to explain to people exactly what NFTs are. I think a lot of people will be coming out because they’re curious and asking, Why should I be coming out when I can see this at home? I’m interested in getting some answers to that question.

Fannie: The Music and Life of Fannie Lou Hamer, at Seattle Rep

Fannie Lou Hamer was a civil rights icon. She was born into a sharecropper family and became an influential voting rights activist later in life. She also became famous for a speech that she gave at the 1964 Democratic National Convention.

The theme is The Poetics of Infinite Hope, a reference to a Martin Luther King, Jr. quote: “We must accept finite disappointment, but never lose infinite hope.”

The museum is still closed due to the pandemic, but they organized this free livestream. The keynote address will be given by the poet Nikki Giovanni. There will also be musical performances, including by the African American Cultural Ensemble, a gospel spiritual choir, and Leroy Belle, who plays the guitar and harmonica. And community leaders will be reading children’s books.

Listen to the interview by clicking the play button above.