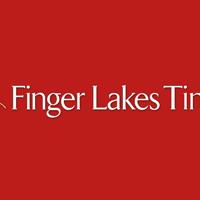 It’s bad enough that the Finger Lakes continues to face environmental threats such as Greenidge’s bitcoin operation, but what’s worse is witnessing how they hope to cheaply influence and mislead some in the area by offering “corporate goodwill” in exchange for consent and/or silence in selling out our precious natural resources and quality of life.

At bitcoin’s current value, Greenidge is making approximately $360,000 a day. Throwing less than a day’s worth of earnings around and claiming they’re making a big impact on the quality of life in their hometown is pure greenwash.

This is precisely what Seneca Meadows Landfill also is doing in Seneca Falls. These gestures follow the well-worn corporate handbook of offering small pittances of funds compared to profits, artfully sprinkled about to community charities and organizations to win the hearts and minds of some, while exploiting clean air and water in return. People influenced by this are purchased wholesale, but it’s an excellent corporate strategy.

On page 8 of the Jan. 5 edition of the Times there is a section called “Neighbors.” On the upper right side of the page is a Greenidge press release bracketed by two photos — one, of the Newark Rotarians’ holiday party and the other of a Seneca Meadows employee holding a donation check to the Waterloo Boy Scouts troop for 2022 camping trips.

The Greenidge donations totaling about $275,000 sure look impressive and seem like generous propositions for these organizations and their members, but they could hardly be called charity.

Seneca Meadows’ donations in Seneca County easily exceed $500,000 in the last several years (not to mention the approximately $200,000 they contributed to candidates running for Seneca Falls Town Council who favor SMI business).

While I am a huge supporter and fan of the free press and the role it plays in defending our democracy, I think it is time for the FLT to rethink who they feature in the “Neighbors” section, which also states, “See and read the good things the people throughout our readership area are doing.”

Let’s start with some definitions about these “good things.”

Merriam Webster defines a gift as follows: “Something voluntarily transferred by one person to another without compensation.”

I paraphrase another online source that presents a legal definition of a donation this way: A donation is a gift — usually one of a charitable nature. A donation is a voluntary transfer of property (often money) from the transferor (donor) to the recipient with no exchange of value (consideration) on the part of the recipient.

Merriam-Webster describes quid pro quo as follows: “something given or received for something else.”

They go on to qualify this definition. “There is nothing inherently illegal in giving or receiving something in exchange for something else, but in legal contexts quid pro quo often refers to something that is in fact illegal, such as if a company gives a government official money in exchange for receiving a contract that rightly should be given to whatever company is best able to meet the requirements for the contract.”

The donations from Greenidge and SMI are clearly quid pro quos in that they are designed to alter the public and private behavior of the recipients.

Greenidge and SMI donations do not qualify, as the Times’ “Neighbors” section implies, as “good things” nor do they suggest a sense of community. And freely reprinting slick corporate public relations pieces is not appropriate in an independent newspaper.

What is at stake are generations of environmental degradation, increased risk of harmful algal blooms, incidences of severe weather events because of climate change, harm to area crops, and health risks. These devastating impacts will spread far beyond the town of Torrey and Seneca Falls to the many other lakeside communities and the entire Finger Lakes region. Is all this worth the pieces of silver shilled out by Greenidge or SMI?

Unfortunately, there is not enough space in this column to define bribery.

I urge the Finger Lakes Times to change its policy on this matter.