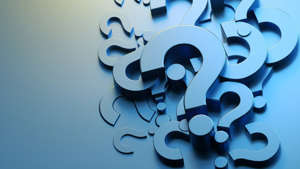 © Provided by The Motley Fool Question marks in a pile


Dogecoin, which is currently the 10th most valuable cryptocurrency with a market cap of more than US$28 billion, gained a lot of popularity this year.

While it’s actually been around since 2013 and was initially created as a joke, it wasn’t until earlier this year when meme stocks and meme coins became so popular, in large part, thanks to social media.

By the time Dogecoin had hit its all-time high in May, it had already gained a whopping 14,000% in 2021 and had a market cap of more than US$85 billion. However, since its high in May, the meme coin has sold off by over 70%. Even at this low price, though, that’s not the only bad sign for Dogecoin.

The cryptocurrency is primarily a payment coin that’s used for tipping. This is a market with heavy competition. Plus, its underlying technology is not that great either. But in addition to all the reasons why Dogecoin doesn’t offer that much potential, the numbers show it’s falling out of favour as well.

Is this the end for Dogecoin?

There are a few key metrics that show Dogecoin and its network could be falling out of favour fast. Only 9% of holders have bought in the last month, and furthermore, its trading volume continues to decline. At the height of Dogecoin’s rally earlier this year, the cryptocurrency regularly saw periods where its 24-hour volume was over US$20 billion, with it reaching as high as US$67 billion at one point.

However, in the last few weeks, its volume has not only been low, but it’s also been consistently declining and has barely been able to break US$2 billion.

Another reason Dogecoin hasn’t performed well lately is due to the increase in popularity that the Shiba Inu token has seen. Dogecoin is a coin that runs on its own blockchain network, and Shiba Inu is a token on the Ethereum Blockchain. So, the two assets are quite different.

However, because they are two of the most popular meme coins, a decline in Dogecoin can be partly attributed to the increase in the popularity of Shiba Inu over the last few months. But even now, the meme token has also lost its momentum.

With all the potential that the cryptocurrency and blockchain industry offers investors over the next decade, there is no need to speculate on highly risky assets just because they are rallying today.

You are much better off exercising a little bit of patience while finding cryptocurrencies you can be confident will grow over the long run. And with all the potential and innovation constantly going on, you likely won’t have to be patient for very long.

Every day, there are new opportunities for investors to consider, and if you tie your capital up in a speculative asset like Dogecoin, not only do you risk losing money but also missing out on this growth potential.

There are even plenty of high-quality crypto stocks, like Galaxy Digital, that offer investors potential. And as I mentioned, with the continuous innovation, new opportunities are being created every day.

So, if you’ve come to the cryptocurrency industry to find significant gains, you’re in the right place. But in order to maximize your potential, it will pay to find cryptocurrencies and projects with strong fundamentals and plenty of catalysts for why they could increase in value for years to come.

The post Is Dogecoin Dead? appeared first on The Motley Fool Canada.

Five Free 5G Stocks to Prepare Your Portfolio With

The 5G wave is sweeping across the globe as we speak, and savvy investors are quickly preparing their portfolios for what could be an enormous 5G windfall.

For a limited time only, we’re giving 5 of our top 5G stock recommendations for FREE to Canadian investors like yourself.

This could be your last chance to get in near the ground floor. Don’t miss out!

Click here to get your 5G stock picks for free!

Fool contributor Daniel Da Costa owns shares of Galaxy Digital Holdings Ltd. The Motley Fool has no position in any of the stocks mentioned.