If Congress passes legislation treating digital assets like stocks and other securities, cryptocurrency investors will have little time to prepare for tax increases.

Digital assets would be subject to two anti-abuse laws that now apply to stocks and other securities under House Democrats’ planned tax-and-spend proposal. The change will limit the options currently available to crypto investors to protect themselves against future losses and reduce their capital gains taxes. 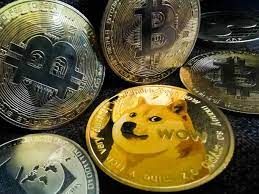 When the bill is passed into law, a provision that applies “constructive sale” regulations to digital assets will go into effect. When investors take offsetting short and long positions on an asset to lessen the chance of losing money, the rules would kick in.

They’d have to pay capital gains taxes on the long position as if it were sold once the offsetting positions were taken, even if it wasn’t. Investors in cryptocurrencies will also have to be concerned about wash sales.

Beginning in 2022, new laws will be implemented. These laws prevent investors from claiming a loss when they sell an asset and then buy a “substantially identical” asset 30 days before or after the sale of the asset.

The new restrictions for digital assets are part of a slew of tax code changes that Democrats want to implement rapidly, giving consumers and businesses little time to prepare.

However, there is at least a modest window, which is more than what investors had in 1997 when the constructive sale laws were initially adopted retroactively.

Crypto investors with offsetting positions should consider liquidating both positions or at least selling one, according to Shehan Chandrasekera, head of tax strategy for CoinTracker, a startup that helps consumers track and calculate taxes from their cryptocurrency transactions.

Investors who want to take advantage of tax savings before the wash sale rules go into effect will have two months to aggressively tax-loss harvest, according to Chandrasekera, referring to the strategy of selling cryptocurrency assets at a loss and then buying them back at a lower price to avoid paying future capital gains taxes.

However, investors should exercise caution when doing transactions at the end of this year and into next year, according to Lisa Zarlenga, a partner at Steptoe & Johnson LLP who advises clients on blockchain and digital asset problems.

If an investor purchased a virtually identical asset fewer than 30 days previously in December, she observed, selling a bitcoin asset at a loss in early January may unwittingly trigger the wash sale regulations.

Cryptocurrency transactions are more common than stock and other security trades, and they frequently occur across many wallets and exchanges, making them more difficult to track, according to him.

According to CoinTracker, the average individual has between three and five wallets and exchanges. Furthermore, some platforms have made it simple for the common person to engage in complex financial transactions with their digital assets, such as shorting, according to Chandrasekera.

The wash sale laws would be extended to foreign money and commodities under the House plan, but Zarlenga anticipated that digital assets would have an “outsized influence.”

She pointed out that the measure would include an exception for some business transactions involving the selling of foreign cash or commodities, but not for the transfer of digital assets.

Coinbase, the largest crypto exchange in the United States, said it would press Treasury and the IRS to implement “reasonable and customized” laws “cryptocurrency rules and procedures

“As more Americans adopt digital assets, these policies should not be unduly broad, stifling innovation or imposing impractical restrictions on citizens,” says the report In a statement, the corporation stated.