Many members of the crypto community see the growth prospects for BTC.

The most capitalized cryptocurrency – bitcoin – began November with a fall. As of 07:28 (Moscow time), the digital asset is trading at $ 60,228. For comparison, the maximum value of bitcoin, according to the CoinMarketCap resource, was registered on October 20, 2021 at an altitude of $ 66,930. 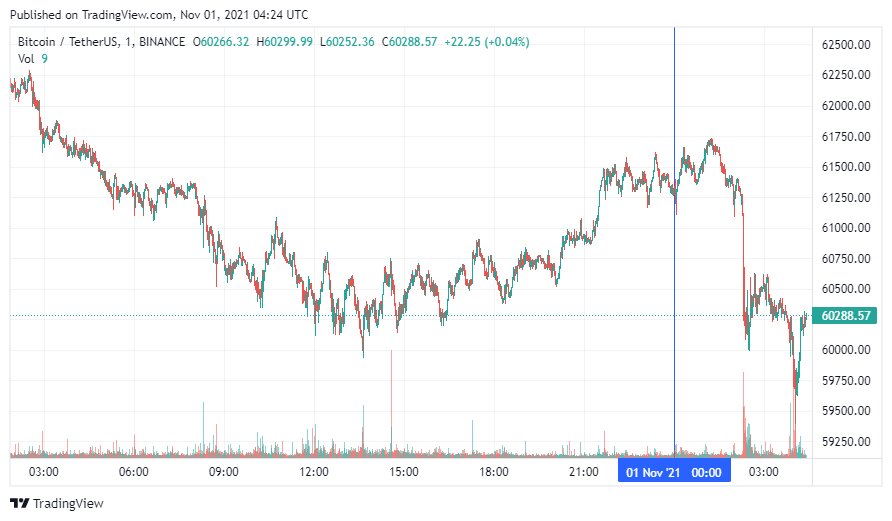 Despite the fact that bitcoin began November with a fall, traditionally the penultimate month of the year is one of the most successful for the cryptocurrency. This is indicated by the statistics of the movement of BTC. 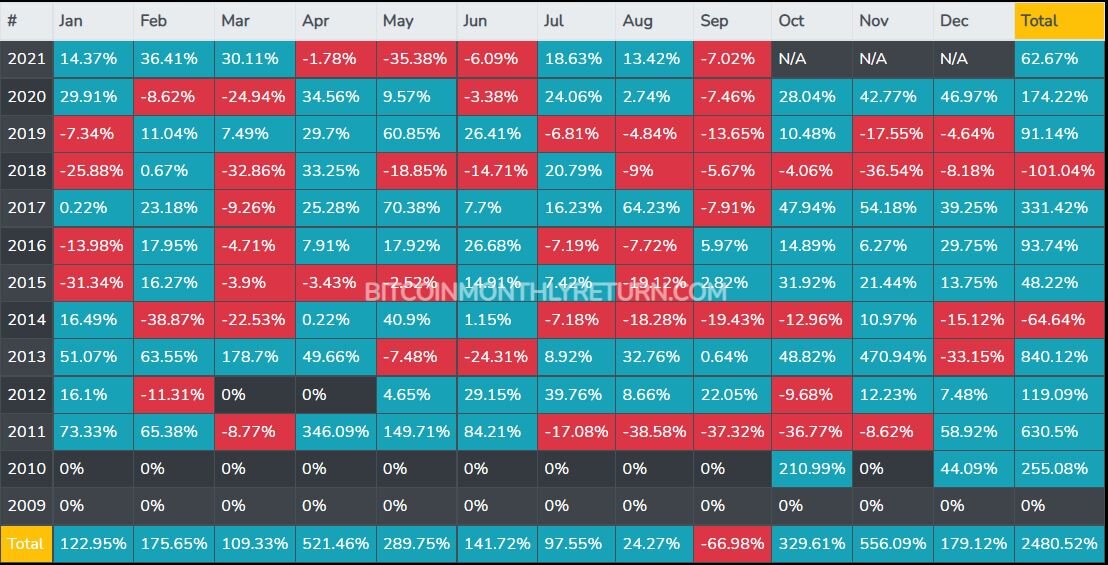 The volume of income from the movement of bitcoin by months. Source: bitcoinmonthlyreturn.com

Investors noticed for the active growth of bitcoin in October 2021. The positive dynamics of the movement, in their opinion, will allow the cryptocurrency to continue to update the highs in value.

Against the background of the beginning of the new month, members of the crypto community decided to share their predictions for bitcoin. PlanB, a popular digital asset analyst, believes there are prospects for further growth for BTC. This is indicated by the signals of his S2F forecasting model.

“The following goals: November> $ 98 thousand, December> $ 135 thousand” – this forecast PlanB shared with the readers of his microblog.

Analyst DonAlt, in turn, drew attention to the results of a technical analysis of the bitcoin chart. In his opinion, the main BTC support lines are at the levels of $ 58 thousand and $ 52 thousand. At the same time, he could not indicate the level of resistance, which indicates the prospects for further growth in the rate.

Analyst Michael Van De Popp also sees growth prospects for bitcoin. At the same time, he drew attention to the fact that after the next update of the maximum, the cryptocurrency may enter a correction with a descent to $ 57 thousand.After the decline, according to the analyst, a new phase will come, which will be able to bring the digital asset closer to the level of $ 100 thousand. Michael Van De Popp, may be in the spring of 2022.

Meanwhile, co-founder of the Civic startup, a well-known entrepreneur in the crypto community, Vinnie Lingham, decided to speculate about the status of bitcoin.

“Bitcoin is not an investment. This is insurance. Few understand this, “he wrote in his microblog, hinting that BTC can be seen as a tool to preserve their savings.

More forecasts for bitcoin are in our material.