MATIC price appears to be consolidating as the bulls catch their breath during the uptrend. Polygon has formed a massively bullish chart pattern that suggests that the layer two token is yet to climb another 67%, forming a new all-time high.

MATIC price rally is not over yet

MATIC price has printed a bull pennant pattern on the daily chart, indicating that Polygon is ready for a massive rally after slicing above the chart pattern’s upper boundary on October 24.

The optimistic target given by the prevailing technical pattern signals a 99% rally from the topside trend line of the bull pennant toward $3.13, surpassing its record high at $2.69.

Currently, the bulls are attempting to secure a foothold before its next ascent, as MATIC price hovers around the 61.8% Fibonacci retracement level at $1.89 as support. 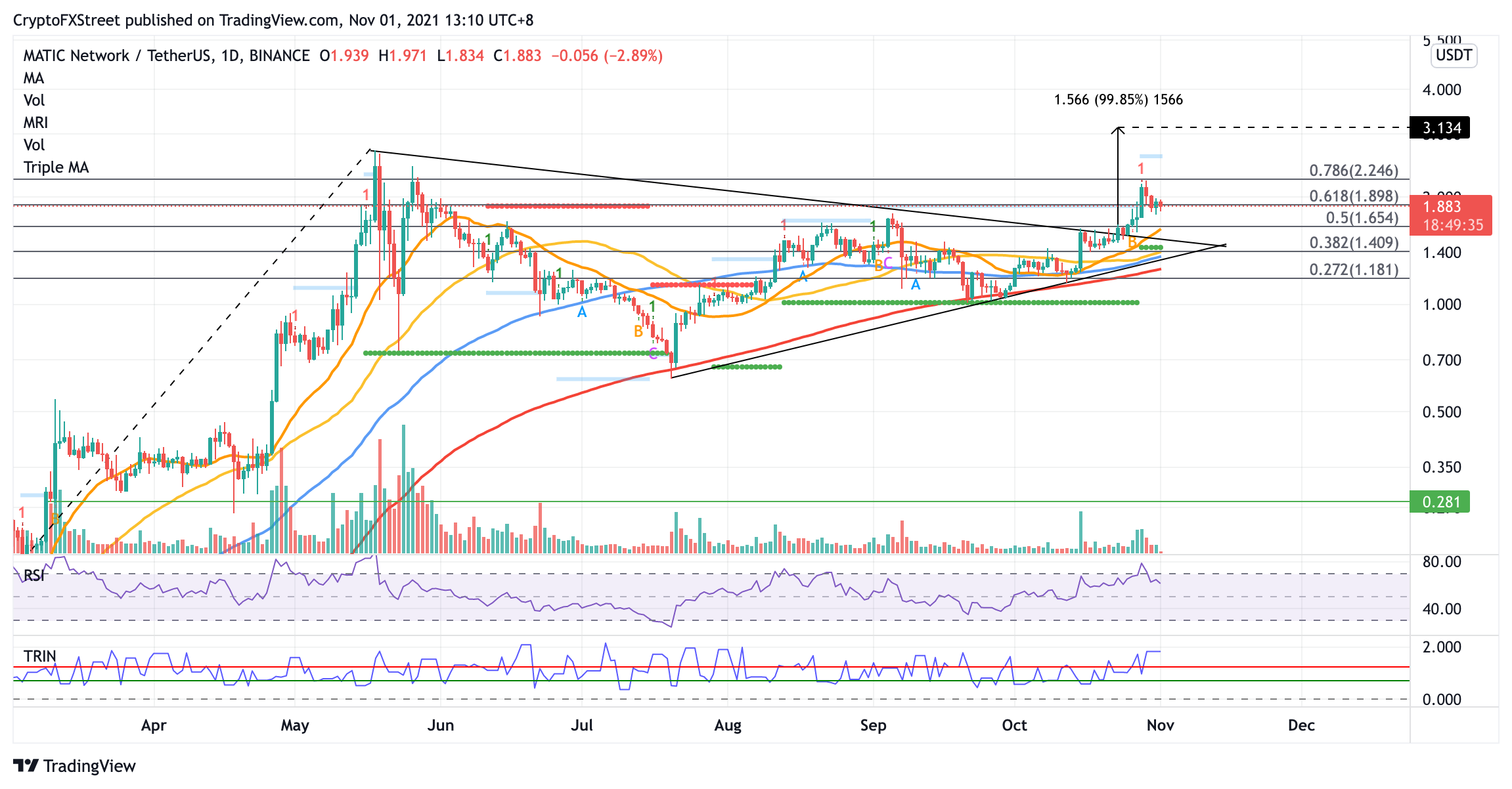 However, the Arms Index (TRIN), which gauges overall market sentiment, suggests significantly more sellers than buyers in the market. MATIC price could continue consolidating and discovering reliable support before its climb toward $3.

The following obstacles for MATIC price are at the 78.6% Fibonacci retracement level at $2.24, then at the all-time high at $2.69.

If selling pressure were to increase, Polygon would discover its first line of defense at $1.80, where 4.16 addresses purchased 49.2 million MATIC, according to the IOMAP model. The next sturdiest support level appears to be at the 21-day Simple Moving Average (SMA), coinciding with the largest cluster of token holders, with 10,560 addresses that purchased over 133 million Polygon at an average price of $1.63.