Bitcoin is the new GOLD – $100,000 crypto is haven from inflation and stock market crash 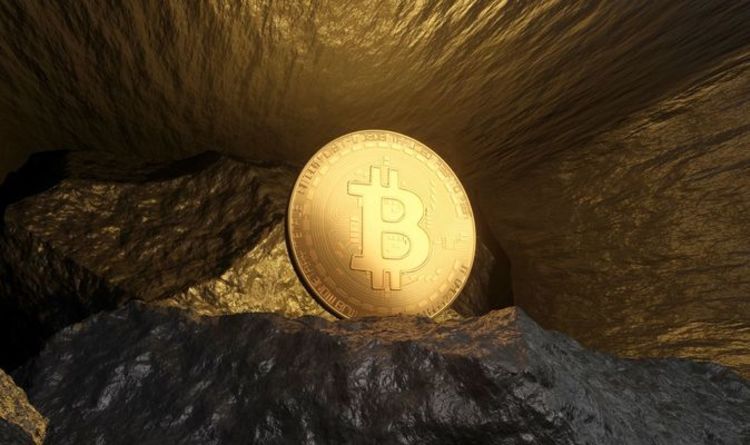 The latest Bitcoin resurgence has seen its value has double since it slumped to around $30,000 just three months ago, in mid-July. Many investors will be kicking themselves for missing out and wondering whether they dare invest in this volatile asset at today’s dizzying level.

Earlier this month, JP Morgan issued a note stating that: “Institutional investors appear to be returning to Bitcoin, perhaps seeing it as a better inflation hedge than gold.”

This may explain why the gold price has performed so poorly lately, rising just 0.44 percent in the last six months. Investors prefer Bitcoin instead.

The latest Bitcoin price surge has been turbo-charged by the launch of the first ever US-listed exchange traded fund (ETF) investing in Bitcoin.

The ProShares Bitcoin Strategy ETF will allow the big institutional investors to pour money into crypto, without buying actual Bitcoins that could be lost to fraudsters or go astray in digital wallets.

The new ETF started off with a bang, attracting almost $1billion of trades on the first day, while analyst Tom Lee at Fundstrat claimed it could drive the Bitcoin price to $168,000.

Analysts see the ETF launch as a sign that Bitcoin is becoming respectable but Susannah Streeter, senior investment and markets analyst at Hargreaves Lansdown, said the sector remains a “wild west” for investors who should approach with extreme caution.

“Only dabble with money you can afford to lose.”

Streeter said the FCA is worried that volatile cryptos could “could blow up in the face of the financial sector” as more people and institutions pile in.

READ MORE: Bitcoin vs Ethereum – Which cryptocurrencies have real longevity?

Most existing investors are simply holding onto their coins, hoping their value will climb and climb as demand grows from big institutions. The subsequent shortage of supply is helping to drive the Bitcoin price even higher.

Young people are particularly drawn to cryptos, and City watchdog the Financial Conduct Authority is warning of the dangers through its InvestSmart campaign.

Holly Mackay, chief executive of Boring Money, said the under-35s been seduced by the prospect of making rapid gains, both on cryptos and fast-growing US tech stocks such as Amazon, Apple and Tesla. “They have cut their teeth in a period of tech-fuelled growth, with huge volatility and a crazy side serving of Bitcoin.”

Mackay said the financial services industry now has “a hell of a job to do encouraging new investors to diversify into more traditional, boring investments as well”.