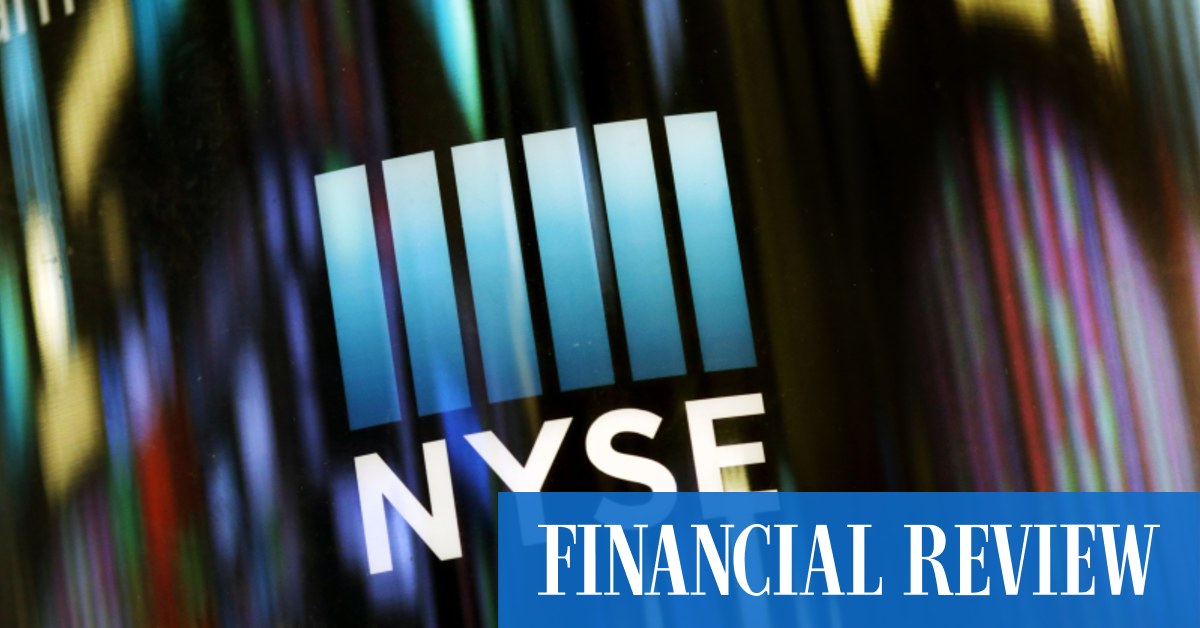 “The risks are clearly now to longer and more persistent bottlenecks, and thus to higher inflation,” Powell told a virtual panel discussion hosted by the South African Reserve Bank. Fed policymakers next meet in early November.

No local data. This week’s key reports are third quarter CPI on Wednesday and September retail sales on Friday.

The UK will table a budget on Wednesday. The Bank of Japan and Canada’s central bank separately meet on Thursday [AEDT] and the European Central Bank on Friday [AEDT].

PM, Nationals agree to historic net zero deal: The Nationals have backed Scott Morrison’s plan to achieve net zero by 2050 after the Prime Minister made it clear he would take it to Glasgow, with or without the junior partner’s support.

Year’s biggest IPO has a warning for tech and ESG investors: In a rush of equity raisings, asset management group GQG Partners is the biggest IPO to date, and its co-founder is anticipating big changes as interest rates rise.

How this doctor became a billionaire by selling burritos: For Young Rich Lister Sam Prince, becoming a billionaire is not the most remarkable thing he’s done this year.

A huge earnings week lies ahead: 164 S&P 500 companies including 10 members of the Dow are scheduled to report.

Scotiabank’s Derek Holt said this week “could be among the most important weeks of the prolonged season alongside the kick-off that was around financials.

Factset’s take on earnings so far: ”At this point in time, more S&P 500 companies are beating EPS estimates for the third quarter than average, and beating EPS estimates by a wider margin than average. Due to these positive surprises, the index is reporting higher earnings for the third quarter today relative to the end of last week and relative to the end of the quarter.

Fundstrat’s technical view of US equities: Each of the three major benchmarks recorded their third straight positive week, with the Dow and S&P 500 resetting record highs during the week.

Health care and consumer discretionary snapped back sharply last week, Fundstrat also said. Transportation now higher by 12 per cent in the first three weeks of October, helping to recoup much of its weakness from May. Most sub-sectors tied to supply shortages, i.e. trucking, shipping, logistics are outperforming sharply in the near—term.

“Weekly momentum [for the S&P 500] is still negatively sloped,” Fundstrat said, “though daily is positive and momentum gauges like RSI are not overbought. Any pullback early next week should constitute a buying opportunity for further gains with technical targets found near 4600, then 4765.” The S&P 500 closed at 4544.90 on Friday in New York.

European stocks rose on Friday on a surge in technology stocks, strong earnings from France’s L’Oreal and a broad boost to sentiment provided by a surprise interest payment from debt-ridden China Evergrande Group.

The STOXX 600 added 0.5 per cent to close at over six-week highs and logged its third consecutive week of gains, up 0.5 per cent.

News that the Chinese property developer had made a bond payment to avert a default lifted the mood globally. Worries about contagion from a potential default have rattled markets recently.

France’s blue-chip CAC 40 rose 0.7 per cent and outperformed its European peers, riding on a 5.1 per cent surge in L’Oreal shares following the cosmetics company’s strong results.

Shares in Dutch semiconductor equipment maker ASML and German software firm SAP rose 3.2 per cent and 1.2 per cent respectively, after stumbling earlier this week following their results. The tech sector rose 1.5 per cent.

Investors appeared to look past a survey that showed growth in euro zone business activity slowed in October as firms face soaring costs due to supply-chain constraints, while the bloc’s dominant service industry struggled amid ongoing COVID-19 concerns.

“We’ve lots of earnings beats on lowered expectations, and then you’re getting comments from CEOs suggesting supply chains are damaged – but certain firms have said that they’re on top of it,” said Keith Temperton, sales trader at Forte Securities. “That’s hopeful for the markets.”

Evergrande has supplied funds to pay interest on a U.S. dollar bond, a person with direct knowledge of the matter told Reuters on Friday, days before a deadline that would have seen the developer plunge into formal default. Evergrande did not respond to requests for comment.

Energy and mining shares, however, fell as coal futures extended losses after Beijing signalled it would intervene to cool surging prices that contributed to the country’s electricity shortage.

“In the short term, we believe the interest repayment should provide a fillip to Chinese risk assets, including the yuan and Chinese equities,” said Wei Liang Chang, Macro Strategist at DBS Bank, Singapore.

“Evergrande default risks, though not dissipated, have likely been deferred for some time.”

TD Securities on the FX and rates markets: “We keep our attention on rates markets and the upcoming Bank of Canada and European meetings. Between the two, we expect a stronger effort by the ECB to offer pushback against market pricing (compared to Federal Reserve chairman Jerome Powell recently), with a commitment to its policy sequencing limitations.

“We think this sets the stage for a US dollar comeback in November. We also think risk/reward is turning more favourable for USDCAD upside, and a slide back below 1.16 for EURUSD.

“The rates market will continue keep a close eye on the pricing for Fed rate hikes and economic data as we enter the Fed blackout period. Retail sales and GDP data will be closely watched as investors attempt to gauge whether the recent pulling forward of hike expectations is justified.

“The market is already pricing in the first hike in September 2022 and penciling in two hikes in 2022.”

Oanda’s Edward Moya on bitcoin: ”Bitcoin continues to drift away from record highs as exhaustion signs set in. Bitcoin’s second future ETF disappointed as it provided an unwelcome dip on its first day of trade. Both Valkyrie Bitcoin Strategy ETF and the ProShares Bitcoin ETF are trading below their trading debut levels.

“A healthy consolidation should be welcome news for bitcoin bulls, but a break below $US60,000 might unnerve some short-term traders. Bitcoin won’t make a run towards the $US70,000 level, until the next wave of Wall Street buys actual bitcoin and not just this new wave of products.”

Apaches ask appeals court to back bid to halt land transfer: The land in central Arizona has been set to be transferred to Resolution Copper, a joint venture of BHP and Rio Tinto.

Iron ore rebounded on Friday on improved buying of early-December cargoes, according to S&P Global Platts.

Still, Platts said demand remained weak in both the seaborne and portside markets as steel production and sintering curbs in China were not showing any signs of loosening. Furthermore, downstream steel demand would most likely turn weaker seasonally into the winter, according to sources.

As for met coal, it edged lower on Friday, Platts noted: “A Northeast Asian end-user said that the uptrend in the FOB Australia market may not likely continue because the supply of coking coals may increase in the coming months and there is also not much room for steel prices to increase either.”

ASX ends week at one-month high: Australian shares closed the week at a one-month high on Friday, with gains from the technology, financial and REIT stocks offsetting losses from the materials and energy sectors.