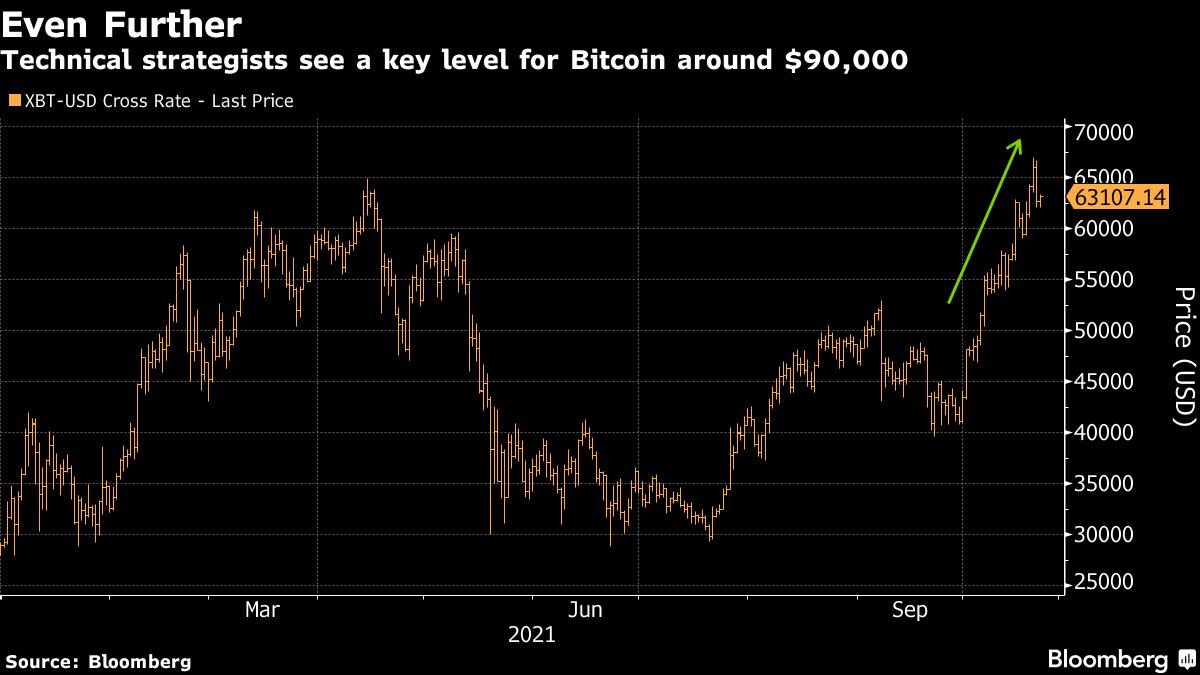 Bitcoin’s surge has tapered off after hitting a record high on Wednesday, but some strategists see the next rally taking it to as high as $100,000 by the year’s end.

This week’s move to near $67,000 has traders watching to see how the landscape shifts, now that the first U.S. Bitcoin futures exchange-traded funds are in play.

There are plenty of people projecting a gain to $100,000 by the end of the year, including BitMEX Chief Executive Officer Alexander Hoptner, who suggested that level in an interview with Bloomberg Television on Friday.

The largest cryptocurrency was up 0.6% to $63,077 as of 12:25 p.m. in Hong Kong on Friday after peaking on Wednesday at nearly $67,000. Bitcoin reached its record in the wake of the U.S. ETF launch, as well as continued institutional investment in crypto assets, and possible buying by bigger investors known as “whales.”

Other analysts see the next test at around $90,000. “Initial upside targets for Bitcoin above $65,000 lie near $72,500, then $89,000, and thought to be definitely within reach on this breakout of former peaks,” Fundstrat wrote in a report Wednesday.

Katie Stockton, the founder of Fairlead Strategies, said Monday — before the latest record — that a breakout to new highs provides a positive long-term trend that should see the digital currency target $89,800, based on a measured move projection.

“Overall it’s still a constructive market,” said Todd Morakis, co-founder of JST Capital. He’s watching for a potential further pullback, but also looking for levels around $72,000 to $75,000 on the upside, he said in an email Friday.