Fool me twice: The lessons we are yet to learn in the 100 years since Weimar hyperinflation 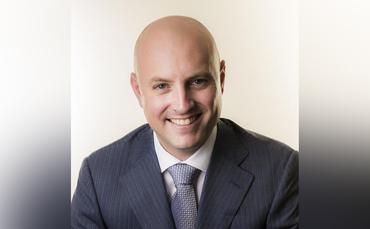 This year marks 100 years since the start of Germany’s economic nightmare when it was forced to pay reparations under the Treaty of Versailles on top of an already high level of national debts incurred during the war.

This was the beginning of a debt-based system that would unleash huge amounts of sovereign debt and lead to the rapid devaluation of the mark.

The end result was hyperinflation and, by late 1923, one loaf of bread cost around 200trn marks.

Most people who studied history at school will likely remember tales of this period in Germany where people ditched the wheelbarrows of cash to go to the shops and started bartering instead.

1923 marked the beginning, but unfortunately not the end, of a debt-based system that continues to threaten instability and ever-imminent economic downfall.

A report recently conducted by the IMF has shown that the pandemic has greatly lengthened the list of developing and emerging economies in debt distress, alongside an increase in default rates, meaning the need for debt restructuring is growing.

Events such as World War I and now the pandemic cause economies to lean heavily on borrowing and breed volatility.

Unless we recognise the inherent flaws in this system, we are doomed to fall into the same hyperinflation trap faced by the Weimar Republic.

Already a ‘post-Covid’ reality has seen US inflation jump above 5%, while prices continue to rise on a global scale.

With upward pressure on prices foreshadowing an increasingly bleak picture, it is time to ignore the status quo and act now before inflation spirals out of control.

We must look at the chink in our economies armour – fiat currencies.

The onset of huge stimulus packages and ongoing quantitative easing measures in response to the pandemic continue to expose fiat currencies as inflation-prone and unstable – not to mention the looming threat to cash savers of negative real interest rates.

Further, as national debt soars and governments remain trapped in perpetual debt cycles, the very foundations of fiat currencies are beginning to crumble.

With the fiat currencies leaking value and the threat of hyperinflation on the horizon, it is likely that many businesses will begin actively seeking alternative ways to store their wealth that will not depreciate quite so rapidly in value.

Bitcoin is moving in the right direction.

It is both finite and decentralised, contributing to its rising popularity as a high-value, non-coercive alternative asset.

We can, however, learn from the instinct of Germans in the 1920s to barter tangible assets.

As it always has done, gold reigns supreme as the most stable, inflation-proof, debt-free financial system.

Over the five-year period of Weimar hyperinflation, the purchasing power of someone holding gold increased by nearly double.

Historically, the obstacle in using precious metals has been the practicalities and logistics of exchanging grams of the materials.

But technology – specifically blockchain technology – means you can now exchange a specific weight of a precious metal in exchange for a good or service of equivalent value.

The inherent value of gold and other precious metals, as well as their steady supply and universal appreciation, make them the most resilient storage of wealth, eliminating the risk of hyperinflation and putting a stop to this continuous cycle of trying to pay off the debt from the last crisis. In the words of Elon Musk, ‘only a fool wouldn’t look elsewhere’.