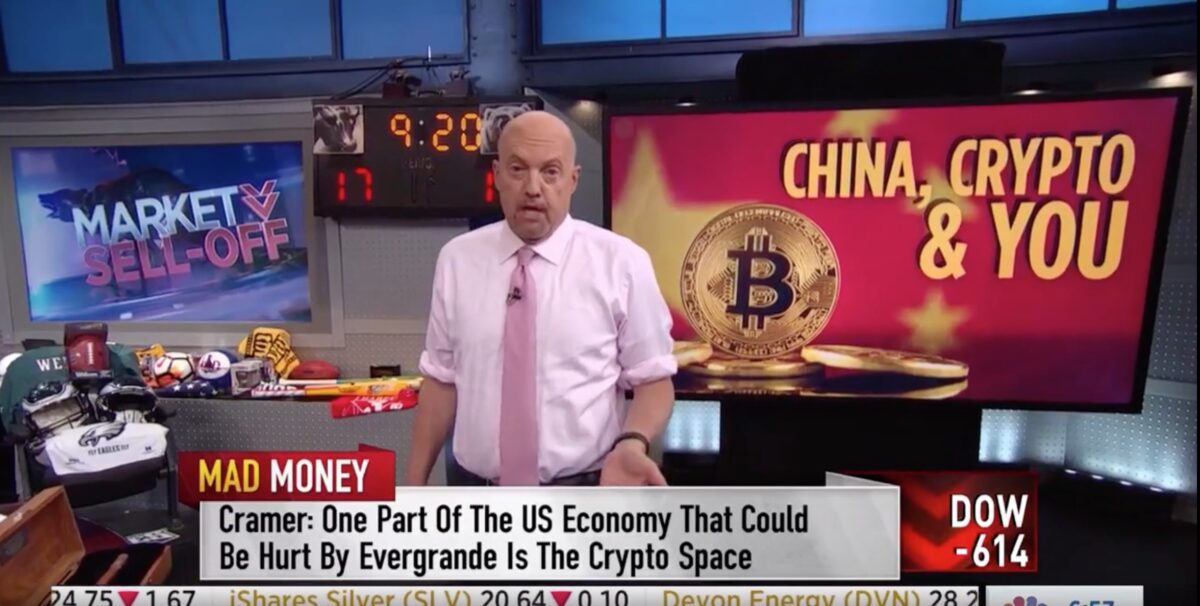 Bitcoin on Wednesday breached its previous all-time high price of $64,000 — just four months after CNBC host Jim Cramer boasted that he “sold almost all” of his holdings in deference to China’s crackdown.

The price surged past its April high of nearly $65,000, falling just shy of $67,000 in the early hours of the day before slightly receding to $66,000 as of Wednesday evening. With about 18.85 million units in circulation, the currency’s market capitalization constituted a new record of about $1.2 trillion, allowing it, by some counts, to briefly surpass the Swiss Franc as the world’s 13th largest currency.

Proponents noted with glee that the record came after many critics advised consumers to flee bitcoin, particularly after hostile emanations from the Chinese government. Those critics included Cramer, who told viewers in a June 21 Squawk on the Street Segment, “Sold almost all of my bitcoin. Don’t need it.”

Bitcoin that day was priced around $31,000, a little less than 10 percent from its summertime low of roughly $29,o00. Cramer noted just two months earlier that he sold some of his holdings — which he said he purchased at prices around $12,000 — at April’s high point. But three months later — 30 days and $25,000 prior to Wednesday’s new record — he once again said he was “begging” viewers to dump their holdings.

Yo @CNBC after Jim Cramer told your audience to sell the giga bottom over summer and Bitcoin is entering price discovery, maybe it’s time to consider bringing on some better Bitcoin analysts.

I know a few people 😉

#Bitcoin has risen over 200% since Jim Cramer sold 💀 pic.twitter.com/3AYiTrLglf

“If you own crypto in any form and you’ve got big gains, I recommend taking something off the table,” Cramer told viewers on Mad Money last month. “I wouldn’t be surprised at all if crypto eventually goes mainstream … but right now, owning crypto is what’s known as a crowded trade.

“If the Chinese Communist Party liked crypto, that would be one thing,” Cramer mused. “But they’ve spent this year trying to stamp out everything crypto-connected in China… I know the crypto-lovers never want to hear me say ‘sell,’ but if you got a big gain as I did, well, I’m begging you to. Don’t let it become a loss. Sell some. Stay long the rest.”

Watch above via CNBC.

Have a tip we should know? [email protected]