This is the secret to dealing with inflation 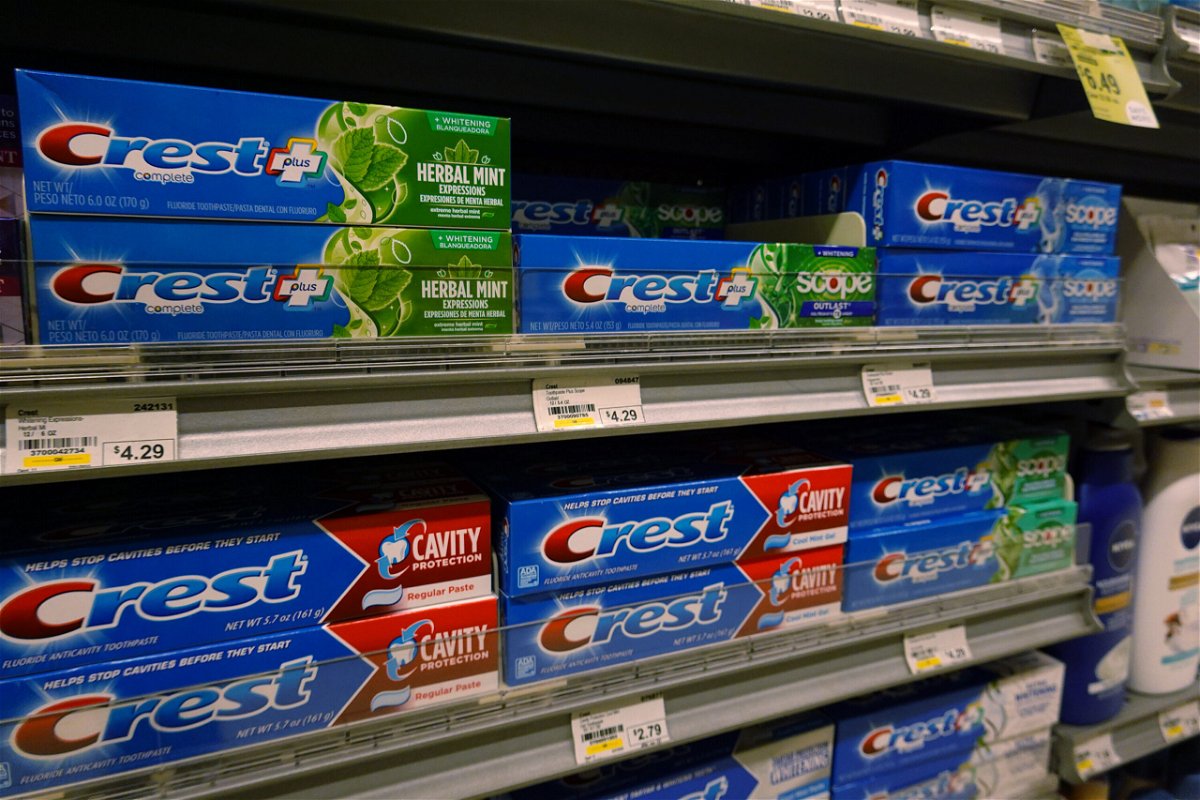 But it does have confidence that it can weather the storm, thanks to its size, its ability to raise prices and a flood of consumer spending.

“These costs and operational challenges are not unique to P&G, and we won’t be immune to the impact,” Schulten said. “However, we think the strategies we’ve chosen, the investments we’ve made and the focus on executional excellence have positioned us well to manage through this volatility over time.”

Investors agree. The company’s shares dropped 1.2% on Tuesday, but are still up 1.1% this year. That’s well behind the S&P 500, which has risen 20%, but significantly ahead of competitor Unilever, which is off more than 12%. Kimberly-Clark is down almost 4%, while Clorox has plunged 21%.

So what exactly is P&G doing to stay above the fray?

Strategy 1: Be big. Procter & Gamble is a $342 billion company. Unilever, by comparison, has a market value of $134 billion. That gives P&G market clout and flexibility across its supply chains that smaller rivals lack.

“Strong supplier partnerships around the globe allow us to shift sourcing if we need to from one supplier to another,” Schulten said. He added that the company’s “global footprint is an advantage.”

P&G, which makes brands such as Gillette, Braun and SK-II, did not specify which brands will see price hikes. But an email from P&G to a distributor obtained by CNN Business indicates that Olay, Crest and Oral-B products will get more expensive, at least for stores to stock.

The company previously raised prices on Pampers diapers and Always and Tampax tampons.

Strategy 3: Ride the wave. Consumer spending remains strong. US retail sales in September grew 0.7% from the previous month. P&G said people are also still hanging around their houses, boosting demand for its products.

The takeaway: No company can escape the effects of inflation and supply chain problems, and costs are rising at a swifter pace than P&G previously estimated. The company now expects to spend $2.3 billion more on freight and commodity expenses for its 2022 fiscal year. In July, the company predicted a $1.9 billion increase.

Yet in times of duress, bigger is better — and for P&G, at least, it’s providing some insulation.

The popularity of South Korean drama “Squid Game” has given Netflix a lift. But its investors are hard to impress.

The latest: Netflix announced after markets closed Tuesday that it added 4.4 million subscribers in its most recent quarter, beating expectations. The company also earned $1.4 billion in profit, up from $790 million during the same period in 2020.

A major factor was “Squid Game,” a dystopian series in which contestants desperately in need of money play deadly children’s games to win cash prizes. The company said Tuesday that 142 million subscriber households watched the show in its first four weeks, making it Netflix’s biggest TV show ever.

The streaming service plans to keep cashing in on the “Squid Game” moment as it launches apparel and toys tied to its content.

“Demand for consumer products to celebrate the fandom for ‘Squid Game’ is high and those items are on their way to retail now,” Netflix said in a letter to shareholders.

But other disclosures in the earnings report are pushing investors to lock in recent profits. Shares, which hit an all-time high earlier this month, are down 1.9% in premarket trading.

Netflix said it added roughly 70,000 subscribers in the United States and Canada. That’s an improvement from the second quarter’s loss, but signals that the market has become very saturated.

On the radar: Netflix is also in the middle of a media firestorm as it continues to defend Dave Chappelle’s “The Closer.” The comedy special has been criticized as transphobic by some LGBTQ+ advocates, artists and Netflix employees.

Netflix recently fired an employee for sharing “confidential, commercially sensitive information” outside of the company about the stand-up special.

Bitcoin is at its highest level in months following the successful launch of the first bitcoin futures exchange-traded fund, which enthusiasts see as a watershed moment for investing in crypto.

The latest: The ProShares Bitcoin Strategy ETF finished Tuesday up 2.6%. About $1 billion worth of shares were traded as investors rushed to get in on the hype.

Enthusiasm surrounding the debut has helped push bitcoin back above $64,000, not far from the record of about $64,800 notched in April.

The fund, which is listed under the ticker “BITO” on the NYSE Arca exchange, doesn’t purchase bitcoin directly. Instead, it’s tied to contracts that track future prices traded on the Chicago Mercantile Exchange, which are regulated by the Commodity Futures Trading Commission.

In an interview with CNBC Tuesday, Securities and Exchange Commission Chair Gary Gensler said this type of product is easier to regulate than an ETF that holds actual bitcoin.

“What you have here is a product that’s been overseen for four years by a US federal regulator and CFTC, and that’s being wrapped inside of something [that’s] within our jurisdiction,” he said.

But he cautioned that it’s still a “highly speculative asset class and listeners should understand that underneath this, it still has that same aspect of volatility and speculation.”

Biogen and Verizon report results before US markets open. CSX, IBM, Las Vegas Sands and Tesla follow after the close.