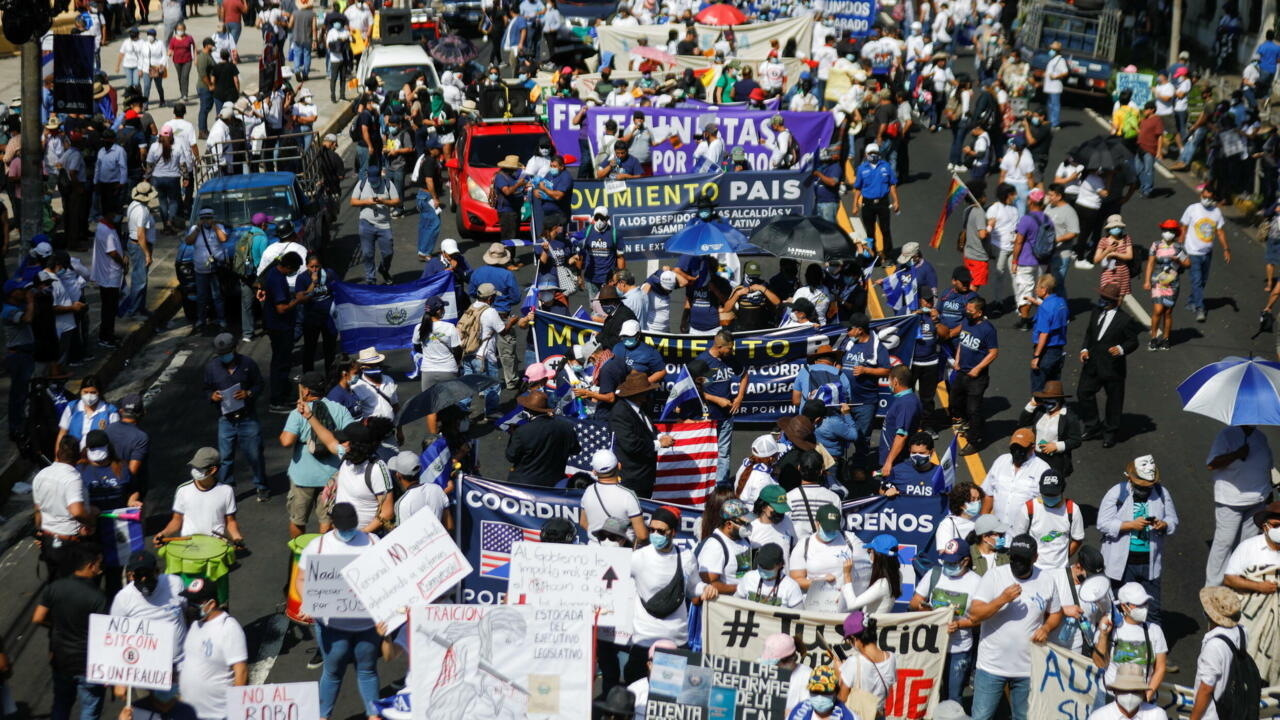 Thousands of people in El Salvador took to the streets on Sunday in protest against President Nayib Bukele, who has stoked concern that he is steadily concentrating power and who responded by changing his Twitter profile late in the day to “Emperor of El Salvador”.

Local media estimated at least 4,000 people marched through capital San Salvador. They bore banners and signs decrying Bukele’s ouster of Supreme Court judges, the potential for the president to seek a second consecutive term and the adoption of bitcoin as legal tender.

Bukele’s apparent joke with his Twitter profile follows an update last month when he changed it to say “Dictator” of El Salvador.

Sunday’s protesters chanted slogans including “What does El Salvador want? Get rid of the dictator!” Near the capital’s main square, some set fire to an effigy bearing the likeness of the 40-year-old president.

It was at least the second large protest in just over a month, following marches in September that denounced bitcoin being made legal tender alongside the U.S. dollar.

In May, a Congress dominated for the first time by Bukele’s New Ideas party voted to fire the judges on the constitutional panel of the Supreme Court, among the most senior jurists in the country, as well as the then-attorney general. Replacements seen as friendly to Bukele were swiftly voted in to replace them, which generated harsh criticism from the United States as well as top international rights groups.

Bukele’s administration then came under fire from the United States after the Supreme Court judges ruled that the president could seek a second consecutive term, which Washington saw as unconstitutional.

“We are totally losing rights because today they do not respect the laws. Here, what’s done is the will of Nayib,” said Rosa Granados, a labor union member who participated in the protests.

“If he raises his hand, all the deputies approve it and there is no law and no legal process that is respected,” she added.

Bukele, a seasoned and often provocative user of social media, dismissed the protests as a “failure” on Twitter.

“The march is a failure and they know it….. Nobody believes them here anymore,” he wrote.