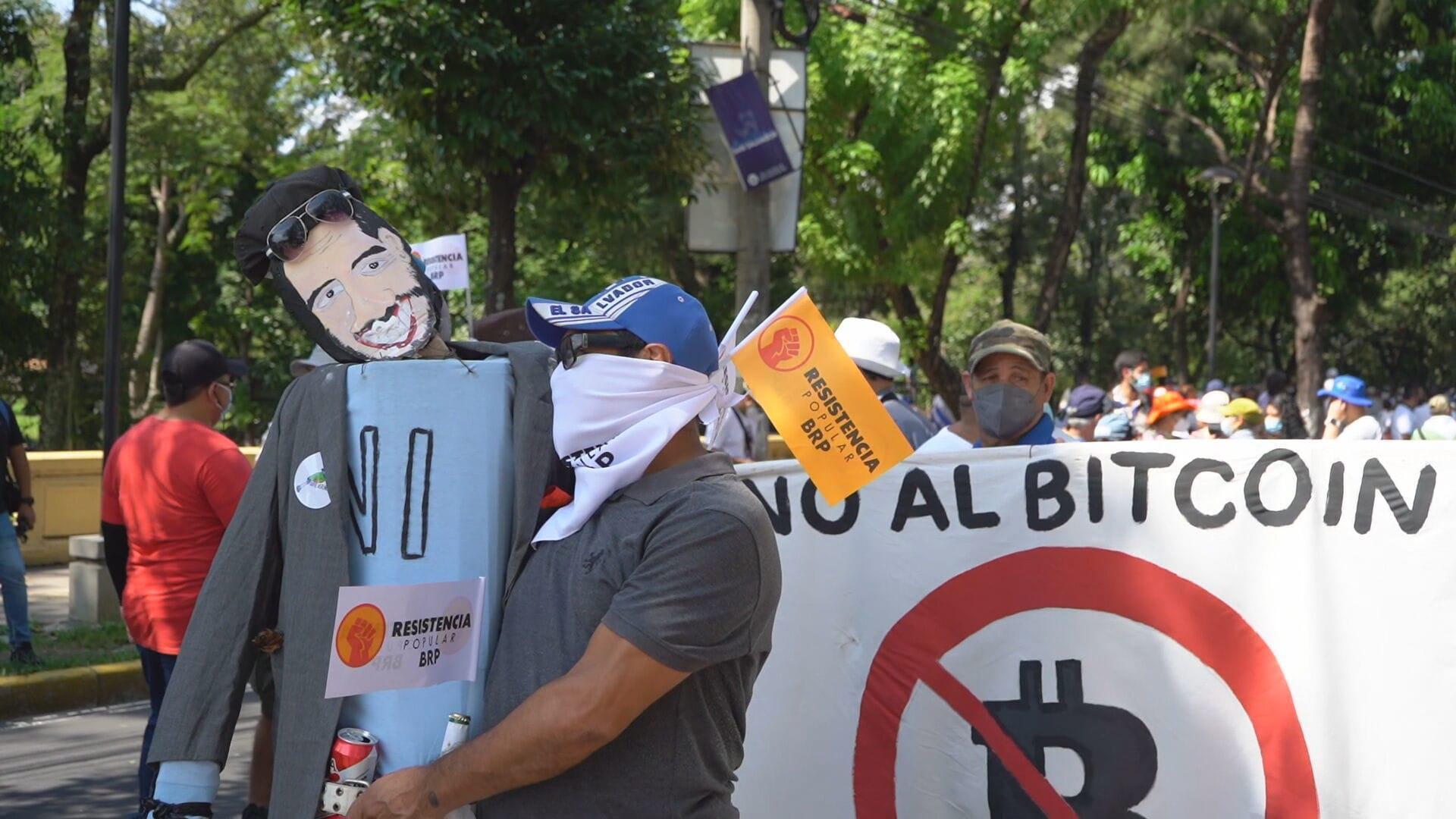 Hundreds joined a protest in San Salvador on Sunday to voice concerns about the policies of El Salvador President Nayib Bukele.

The adoption of bitcoin as legal tender was one of the protesters’ main concerns in the protest.

“For two years, there has been a total setback in every aspect, we have layoffs of workers, we have the increase in the cost of living, we have political prisoners and we have been imposed a narco-currency (Bitcoin) that we reject,” said a protester, Marina Manzanares.

An effigy bearing the likeness of Bukele was set on fire on the Plaza Gerardo Barrios, in downtown San Salvador, at the end of the protest.