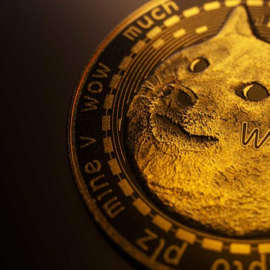 
With the fall trading season heating up, two things have become increasingly clear. We are in the midst of a pupcoin frenzy — and no one knows just how far it can go. There has been plenty of buzz surrounding popular tokens Shiba Inu (CCC:SHIB-USD) and Floki Inu (CCC:FLOKI-USD) as well as the resurgence of Baby Doge (CCC:BABYDOGE-USD), but this week kicked off with Dogecoin (CCC:DOGE-USD) trending once again as prices rose by 6.5%. With this in mind, what is causing the DOGE rally? And what are expert Dogecoin price predictions calling for? 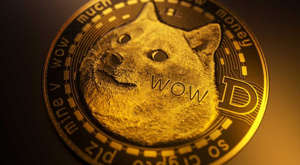 
It seems that the spike has to do with two of the most prominent names in investing making headlines this morning.

Shark Tank star Mark Cuban announced that he tripled his stake in DOGE, from $500 to $1,500. This comes after Cuban touted the benefits of Dogecoin in August, suggesting its strength as a medium of exchange. While $1,500 may be pennies for Cuban, his endorsement of Dogecoin has shown that it can take DOGE prices much higher.

In other news, Tesla (NASDAQ:TSLA) founder Elon Musk got Dogecoin moving with a single tweet. When social media influencer Matt Wallace noted how fast Musk’s wealth was growing, the Dogefather responded that he hoped it would lead to extending life on Mars. Could DOGE play a role in our life on Mars?

While reactions to Musk’s sentiment were mixed, the crypto began to rise as any pupcoin inevitably does when Musk tweets about it.

On the date of publication, Samuel O’Brient did not have (either directly or indirectly) any positions in the securities mentioned in this article. The opinions expressed in this article are those of the writer, subject to the InvestorPlace.com Publishing Guidelines.