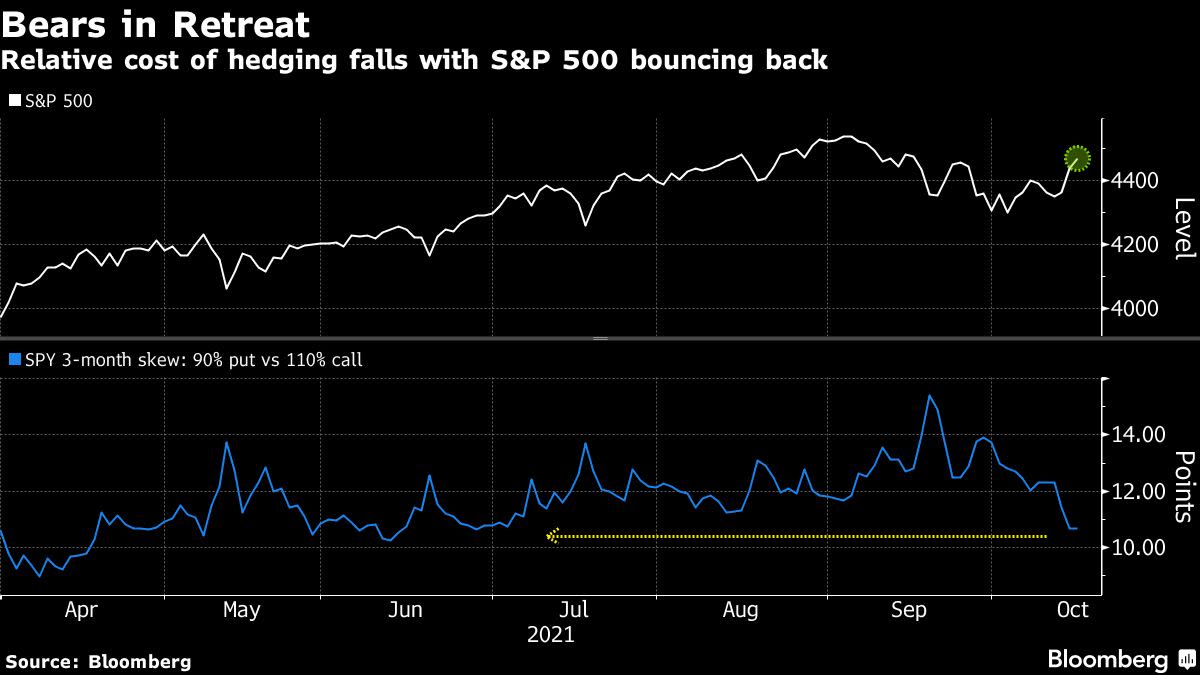 (Bloomberg) — Asia stocks are poised to start the week higher as investors weigh corporate earnings against concerns about inflation and the economic recovery.

Futures rose in Japan, Australia and Hong Kong. U.S. contracts edged up as stocks advanced on Friday, with the S&P 500 chalking its best week since July as earnings buoyed sentiment.

Bond yields in New Zealand and the kiwi dollar gained after New Zealand’s inflation accelerated to the fastest pace in 10 years. Yields on Australia’s three-year bond surged more than 10 basis points. Treasury yields climbed on Friday. The dollar was mixed versus its major peers.

China’s third-quarter gross domestic product due Monday along with monthly industrial and investment data will be closely watched to gauge the severity of electricity shortages. Meanwhile, People’s Bank of China Governor Yi Gang said authorities can contain risks posed to the Chinese economy and financial system from the struggles of China Evergrande Group.

“It’s not only that the market is pricing that growth might be accelerating in Q4, but also that some of the supply bottleneck issues have started to peak,” Charles-Henry Monchau chief investment officer at Bank SYZ, said on Bloomberg Television. “This is why you have this risk-on sentiment in the market.”

Despite the risk-on tone, investors continue to grapple with worries about inflation amid surging energy shortages that are prompting more production cuts. At the same time, the economic recovery remains patchy while central bankers are inching closer to paring back stimulus. U.S. consumer sentiment fell unexpectedly in early October, but retail sales advanced.

Bank of England Governor Andrew Bailey said the central bank will “have to act” to curb inflationary forces and warning higher energy costs mean price pressures will linger. Mohammed El-Erian, the chief economic adviser at Allianz SE and a Bloomberg columnist, said investors should prepare for increased market volatility if the Federal Reserve pulls back on stimulus measures set in motion by the Covid-19 pandemic.

Events to watch this week:

Some of the main moves in markets: