Within the Greater Zurich Area, Zug has emerged as a hotspot for fintech startups, home to some of the world largest and most renowned blockchain projects and networks including Ethereum, Cardano and Polkadot.

The canton is primarily known for hosting the so-called Crypto Valley, the largest blockchain and distributed ledger technology (DLT) ecosystem worldwide that now counts over 430 blockchain-focused startups and organizations. But it also features a vast and diverse community of fintechs involved in other segments including digital banking and trading.

To get a sense of some of the hottest fintech startups from Zug, we’ve selected six fast-growing companies that have made notable strides over the past year, either by receiving backing from prominent investors, securing regulatory approval, or because they’ve recorded strong growth, and which are now worth watching closely. 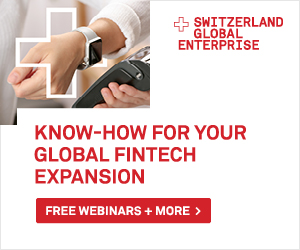 For this list, we’ve excluded public networks and infrastructures with trading tokens, and focused on independent, venture capital (VC)-backed startups headquartered in Zug.

A cryptocurrency pioneer and market leader, Bitcoin Suisse has helped shape the crypto and blockchain ecosystem in Switzerland, acting as a driving force in the development of the Crypto Valley and Crypto Nation Switzerland.

Over the past year, the company has witnessed strong growth with revenue jumping to CHF 70.3 million in H1 2021, from CHF 14.3 million in H1 2020, it said in a shareholder update. The Zug-based company said profit was at an eight-year record but didn’t disclose the number. In the past 18 months, it increased headcount from 120 to 260.

Bitcoin Suisse has raised US$50.5 million in funding and is worth US$450 million, according to blockchain-focused VC investor CV VC. 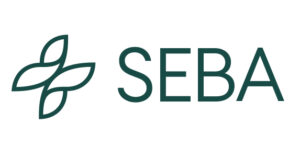 SEBA Bank, a Swiss bank licensed by the Swiss Financial Market Supervisory Authority (FINMA), is a pioneer in the financial industry, providing a bridge between digital and traditional assets.

The company claims to be the only global smart bank providing a fully universal suite of regulated banking services in the emerging digital economy, allowing clients to invest, safely keep, trade and borrow against traditional and digital assets, as well as issue tokens all in one place.

SEBA Bank has raised US$136 million in funding and is worth US$360 million, according to CV VC.

Founded in 2017, Smart Valor operates a fully compliant digital asset and crypto exchange, allowing users to trade cryptocurrencies including bitcoin and ether. The platform features advanced trading tools, staking services, security and custody, and support for many fiat currencies including CHF, EUR, GBP and the USD.

On top of its infrastructure, Smart Valor has built out a decentralized marketplace for non-fungible tokens (NFTs), derivatives and security tokens.

The company recently raised CHF 3 million in funding and is now looking at a range of European exchanges on which to list, including Deutsche Boerse and Swedish-based Nasdaq First North Growth Market, she told the media outlet.

21Shares, formerly Amun, aims to provide investors with an easy, secure, and regulated way to buy, sell, and short cryptocurrencies through existing bank and brokerage accounts.

It does so by issuing crypto exchange-traded products (ETPs). ETPs are securities that offer investors exposure to the cryptocurrency market without having to worry about custody or owning the underlying asset. By investing through an ETP, investors can benefit from institutional-class custody, simplified trading through a standard brokerage account, greater liquidity, and transparent trading. 21Shares’ crypto ETPs are currently tradable on nine European exchanges including SIX, Xetra and Euronext.

As of October 5, 2021, 21Shares managed more than US$2 billion in 17 cryptocurrency ETPs and 77 listings, including the world’s only ETPs tracking Binance, the Crypto Index Basket and two ETPs with investor staking rewards (Tezos and Solana). 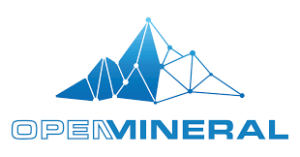 Open Mineral says its platform has registered more than 900 metals and mining companies across the world. The startup has raised more than US$40 million in funding, including a US$33 million Series C funding round in September.

Klarpay is an early stage startup freshly licensed by FINMA building what it claims to be the first borderless multi-currency account in Switzerland dedicated to e-commerce, digital entrepreneurs and social media influencers.

The company plans to start onboarding clients by the end of the 2021. According to Crunchbase, Klarpay raised US$1.1 million in pre-seed last year. Founders Martynas Bieliauskas and Mihkel Vitsur have also contributed their own capital of US$6.5 million.