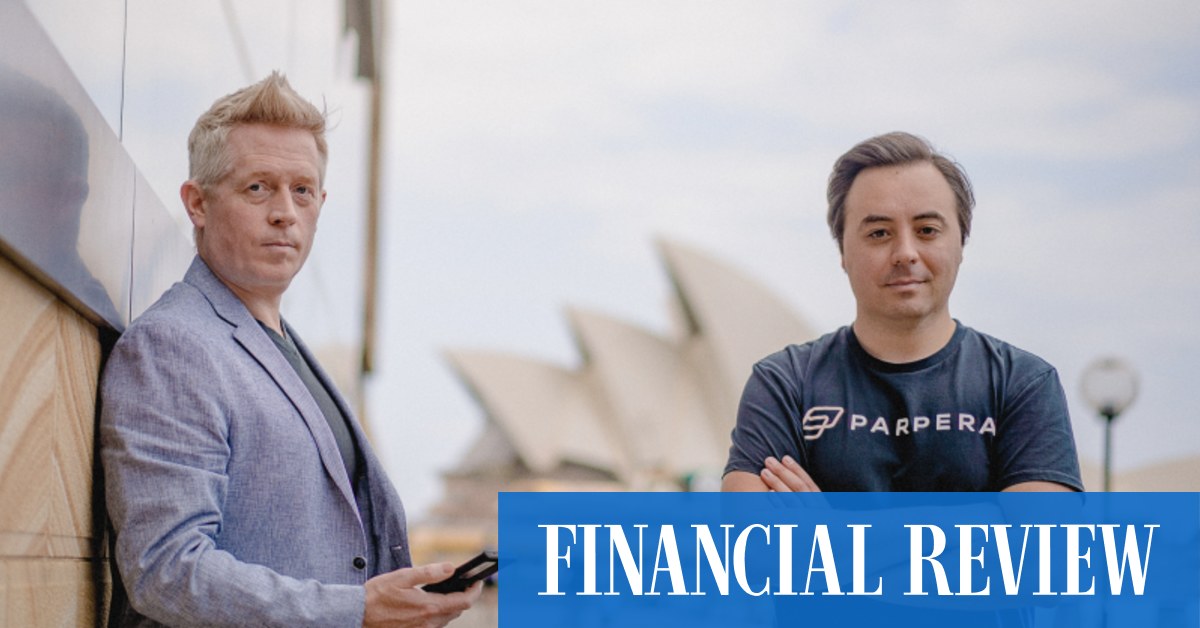 Money by Afterpay, which is using Westpac’s regulatory infrastructure, has drawn a lot of focus to BaaS in a digital economy version of wholesale banking. Westpac is also developing deposits for personal lender SocietyOne.

While Money by Afterpay is expected to launch in the coming weeks, it has been pipped to the post getting a BaaS product into the market by Parpera. Its accounts have been live since late August and will be open to eligible Australian sole traders over the coming weeks.

Parpera founder Daniel Canizzaro was doing an MBA at the London Business School in 2016 when the fintech revolution in Britain was just starting; he met founders of neobanks Monzo and Revolut when they were still in beta. The model at the time was an app with a prepaid card, attached to a payment processor, and segregated money accounts with partner banks.

Meeting Railsbank in London in 2018, Mr Canizzaro got wind of the arrival of banking-as-a-service. He realised this would pave a different path to deposits with Volt, Xinja and 86400, which had been created in Australia and invested millions of dollars acquiring licences and building the technology and capital buffers to satisfy APRA.

“They needed to balance resources to customer and innovation with building the technology and regulatory layers,” Mr Canizzaro said. “The banking layer is one aspect of what we will look to offer. But partnering with Railspay and, by virtue of that, Volt Bank, we can acquire that at a lower cost and timeframe, and with less complexity, than if we were going to do it ourselves.”

Parpera will allow customers to open a Volt bank account in a few minutes, and it will issue a card via Railspay, physically and virtually, allowing a new small business to make and receive payments.

Railsbank, in which Visa has a strategic shareholding, supplies a technology layer in the background, providing controls to issue the accounts and cards along with the lending experiences. These are provided by clean and native application programming interfaces (APIs). It also serves up reporting software, a Treasury operation, transaction monitoring and anti-fraud technology, and is a principle member of Visa and Mastercard.

Railsbank raised $US70 million ($94 million) in a July funding round; Parpera, meanwhile, raised $1 million in equity crowdfunding last year, giving it 340 investors. It is about to close a second round. Like Revolut, it is offering banking as a subscription service.

“The reason embedded finance is really useful to us and other fintechs is as a customer, or a small business owner, you aren’t looking for a bank – you are looking for a way to receive money,” Mr Canizzaro said.

“When a business owner gets up in the morning, the three things they think about are: how will I receive money simply; how do I maintain cash flow and understand my income and expense and tax obligations; and how do I get support for products that serve customer needs? And those three things don’t require a bank in the traditional form.

“Banks were originally designed to lend to people and businesses to stimulate activity in the economy. But a lot of the businesses we are looking to serve have little to no lending needs.”

Railsbank’s global CEO Nigel Verdon – whose great great-grandfather was one of the founding fathers of ANZ Bank – reports surging interest in BaaS products in the UK.

This started in fintech but banking-as-a-service is moving into big tech, supermarkets and groceries, stadiums and sporting clubs, travel, and payroll services.

Railsbank is working with the car industry to embed car loans into car buying apps, and allows a life insurer in Singapore to issue cards under a white-labelling program undercutting those offered by incumbent banks.

“We are seeing a general trend for well-established brands that are trusted by their consumers to provide financial products to them,” Mr Verdon said.

Sir George Verdon was the general manager of the English, Scottish and Australia Chartered Bank, the forerunner of today’s ANZ, and in 1883, commissioned the design of its Australian headquarters on the north-east corner of Queen and Collins streets in Melbourne, known by locals as the “Gothic Bank”.

Some 138 years later, his great great-grandson Nigel describes the challenges big banks face in the new financial landscape. All banks have built APIs to create data linkages, he says, “but how everything works in a seamless flow behind the scenes is where the real value-add is”.

“Legacy banks can offer APIs, but it is behind these where you run into the operational and compliance side of things. And they are not set up to provide transaction monitoring at scale because core banking technology was built without built-in compliance.”