The US has finally leapfrog China in bitcoin mining 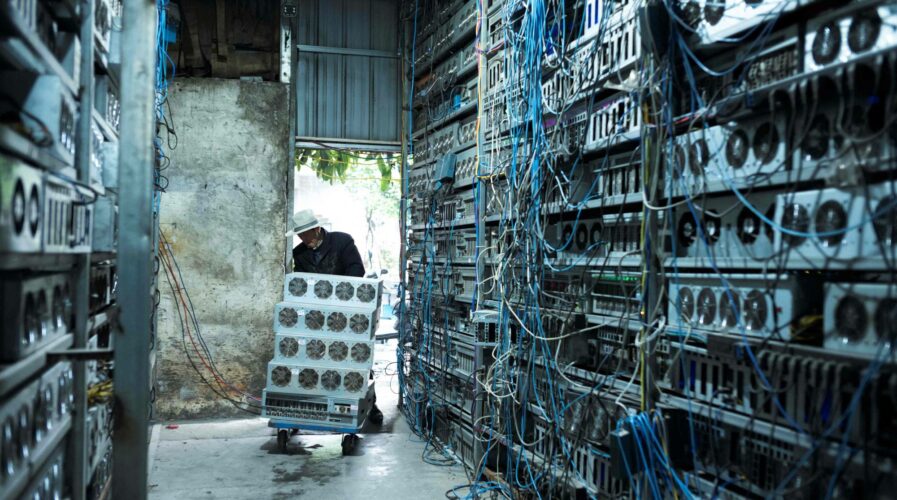 Crypto mining is now officially prohibited in China. Now what (Photo by STR / AFP) / China OUT

As an epicenter of Bitcoin mining, China miners have called it quits following months of intense crypto crackdown that ended with China’s Central Bank declaring all crypto-related transitions illegal last month. Following that, China added cryptocurrency mining to a draft list of industries in which investment is restricted or prohibited.

Based on a report by Reuters, the country early this month added crypto mining to a draft “negative list” that limits or outright bans investments in a given industry, whether by Chinese or foreigners. Would-be investors would need to get approvals, and those are unlikely given China’s anti-crypto stance.

Apparently, Bitcoin.com noted that China’s Development and Reform Commission is asking for public commentary on the list through October 14th, though it’s impossible that public input will change the government’s stance. Basically, it is fair to say that the overall move just further made cryptocurrency impractical in China.

Crypto trading has officially been banned in China since 2019, but activities have continued online through foreign exchanges. The crackdown only got more significant this year, from Chinese state intuitions warning buyers they would have no protection for continuing to trade Bitcoin and other currencies online, to authorities telling banks and payment platforms to stop facilitating transactions.

The crown belongs to the US — for now.

For a long time before the Chinese government began intensifying its crackdown on cryptocurrencies, China was hosting more than 75% of the world’s bitcoin mining capacity.

However, over the years, with the emergence of other players in the industry and a widening crypto crackdown under the leadership of President Xi Jingping, the country’s bitcoin mining begun dropping until it accounted for only less than half (46%) of the world’s bitcoin mining as of April this year, Cambridge Centre for Alternative Finance data shows. 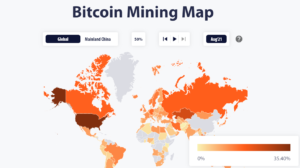 As of July, more than a third (35.4%) of bitcoin’s hashrate was located in the US. Source: CBEIC

After being added to the “negative list”, China as expected, would lose its spot as the world’s epicenter for bitcoin mining. According to new data from the University of Cambridge, the United States (US) now tops the list for bitcoin miners in the world, replacing China for the first time.

As of July, more than a third (35.4%) of bitcoin’s hashrate—a measure of the mining network’s computing power—was located in the US,  data by the Cambridge Centre for Alternative Finance shows. It is the highest proportion recorded for the US, up from around 21.8% as of May and around 4.2% a year ago.

Kazakhstan (18.1%), Russia (11.2%) and Canada (9.6%) were other leading destinations for bitcoin miners, according to the hashrate data. Unfortunately, no single hashrate was recorded in mainland China, the data showed, a dramatic shift for the longtime market leader.

However, experts reckon the tax provisions for cryptocurrency in the Infrastructure Bill could prompt miners to reconsider the US as a viable location. Even Kazakhstan has a mining tax that is due to come into force next year.

Dashveen writes for Tech Wire Asia and TechHQ, providing research-based commentary on the exciting world of technology in business. Previously, she reported on the ground of Malaysia’s fast-paced political arena and stock market.