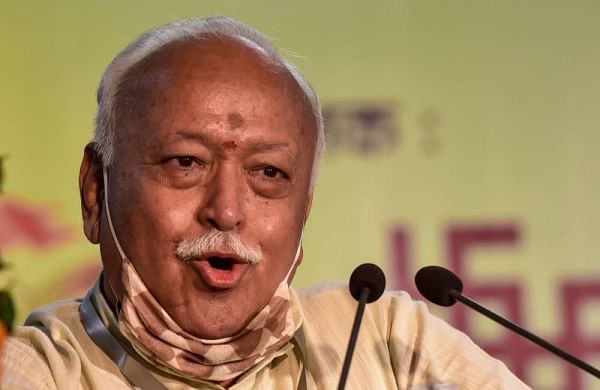 He also expressed concern over Bitcoin and OTT platforms and asked the government to take efforts to regulate these things.

Sarsanghchalak of @RSSorg Mohan Bhagwat in his #RSSVijayaDashami speech says separatists in Jammu and Kashmir are trying to stoke fear with targetted killings.@NewIndianXpress @TheMornStandard

“Terrorists are resorting to targeted violence in Jammu and Kashmir to instil fear,” he said.

On October 12, five Army personnel, including a Junior Commissioned Officer (JCO), were killed in an encounter in Dera Ki Gali (DKG) in Surankote area of Poonch district in Jammu and Kashmir.

On August 19, a Junior Commissioned Officer (JCO) of the Army was killed in an encounter with terrorists in Thanamandi area of Rajouri district.

Bhagwat said societal consciousness is still skewed with caste-based sentiments and the RSS is working to address it.