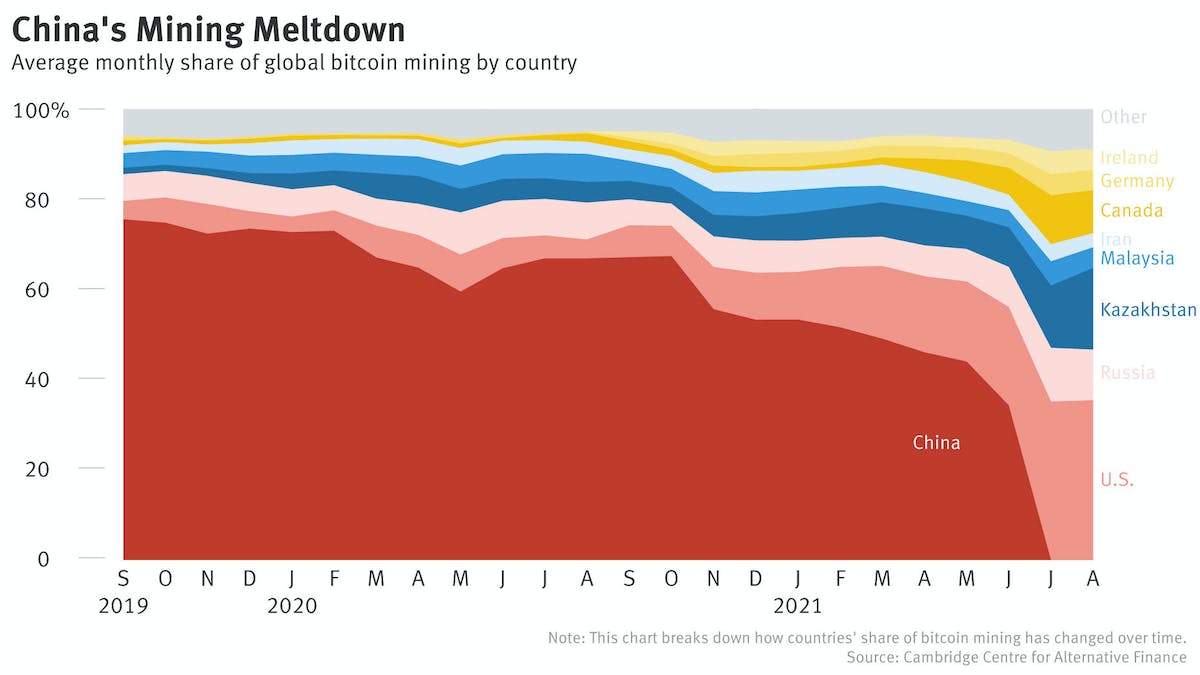 The U.S. has officially dethroned China as the world’s biggest bitcoin miner, according to data released Wednesday by the Cambridge Centre for Alternative Finance. The data tracks countries’ share of global hashrate, a measure of bitcoin mining power, and shows that as of August, the U.S. is now responsible for 35.4% of the global hashrate, more than double its share in April.

The data also illustrates the effectiveness of the crypto mining ban China instituted in May. China’s portion of global hashrate fell from 44% in May to 0% in July, an especially dramatic reversal from 2019, when the country was responsible for three-quarters of bitcoin mining power.