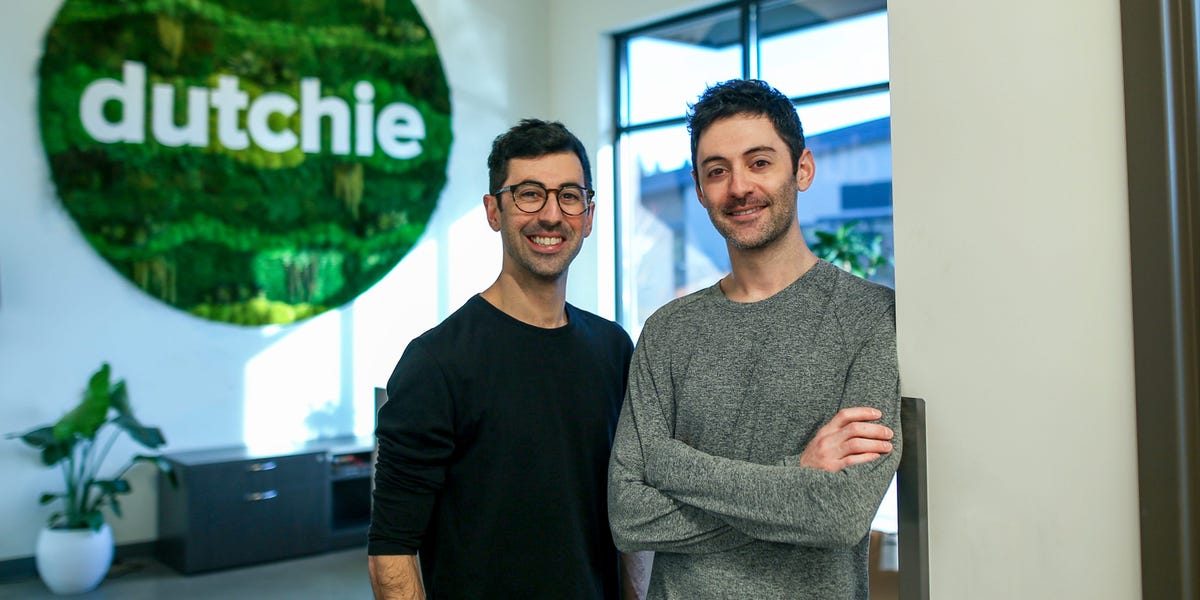 Cannabis tech startup Dutchie is on a tear.

The Bend, Oregon-based e-commerce startup said on Thursday it closed a $350 million funding round, valuing the company at $3.75 billion. The round was led by Dan Sundheim’s D1 Capital Partners, and included previous investors like Tiger Global, Dragoneer, DFJ Growth, and Josh Kushner’s Thrive Capital, among others. New investors in the round include Park West Asset Management, Glynn Capital, and Willoughby Capital.

CEO Ross Lipson told Insider that the money will be used to “invest heavily” in research and development for new products.

“The industry, as we all know it, is very nascent, but very fast-moving and evolving,” Lipson said.

The four-year-old Dutchie has over 500 employees, works with over 5,000 dispensaries in Canada and in US states with legal marijuana, and processes $14 billion in sales annually, Lipson said. The company charges a fee to build out websites for dispensaries and process transactions. Consumers can also place orders through the platform.

D1 Capital Partners is changing its tune on the cannabis industry

To be sure, it’s rare for institutional funds of D1’s size and caliber to invest in the cannabis industry, since cannabis is federally illegal in the US. But Dutchie doesn’t cultivate or sell cannabis directly, meaning it’s a way for these funds to bet on the upside of legalization without much of the risk.

“Dutchie is the tech backbone helping propel one of the fastest-growing industries in the world, and we’re all in to advance their mission,” D1’s Emily Corning said in a statement.

Sundheim, for his part, said as recently as 2019 that the Canadian cannabis industry is “as close to a bubble as we’ve seen since Bitcoin.”

“I think that sector has enormous downside,” he said at the time.

Cannabis is legal for recreational use in 18 states, and a majority of states have some form of legal medical marijuana. Over 90% of Americans support some form of legalization, according to recent polls, and Wall Street analysts expect the industry to be worth $100 billion in the US by 2030.

D1 did not respond to additional requests for comment about why it’s now choosing to invest in cannabis-related companies.

“I think that the investors have really shifted mindset to understand that this industry is here to stay. It is one of the fastest-growing segments of the economy,” Lipson said. “It’s hard to ignore.”