Sports betting in Minnesota question of when, not if, power players say 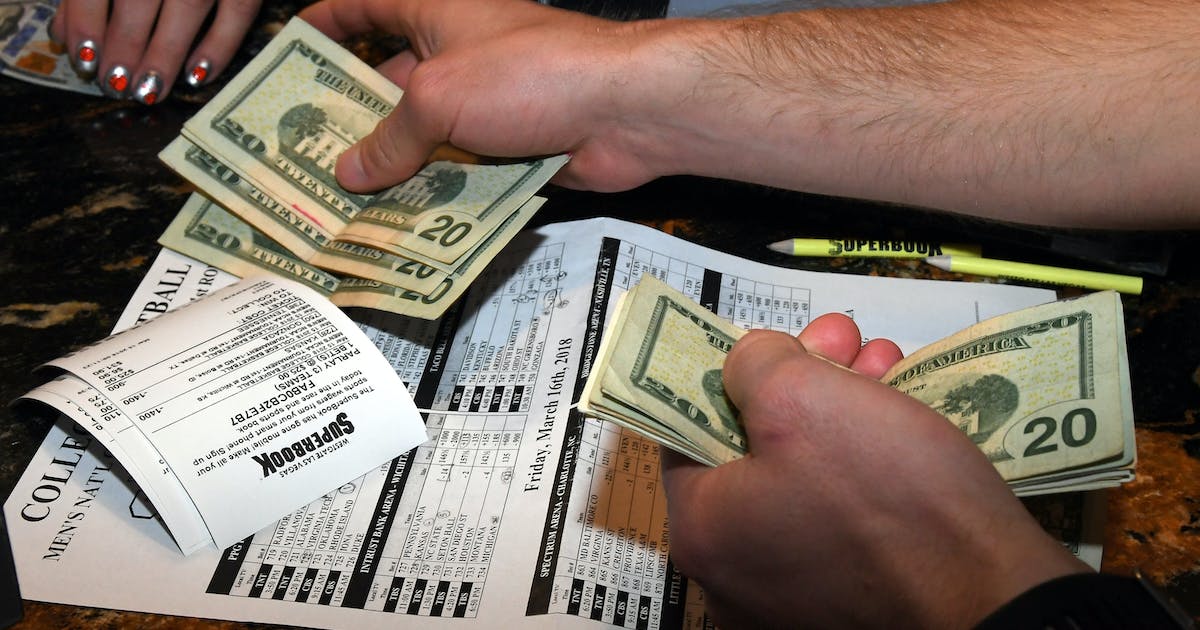 Pat Garofalo can get from his house in the south metro to the Diamond Jo Casino just across the Iowa border in 74 minutes.

Garofalo, the state representative from Farmington, would like to have a faster trip to place a legal sports wager someday soon — perhaps even from his couch.

But even at the pace that sports betting is expanding across the country, nothing is fast in Minnesota.

A Supreme Court decision in 2018 made it legal for all states to offer sports wagering, supplying the rocket fuel for gambling’s mainstream acceleration. Just three years later, more than half of the states — including those that border Minnesota — have some form of legal sports betting.

Legalization in Minnesota is a matter of when and not if according to key stakeholders in the process. But the path to get there is crowded with many different interested parties, complicating the issue even as sports betting explodes in other states and Minnesotans engage in it through different avenues.

Any changes to Minnesota’s gambling compact must be negotiated and approved by the tribal coalition that runs gaming in the state. The leverage the tribes hold was underscored in numerous interviews for this story, and in the response to a request for an interview with a representative from the Minnesota Indian Gaming Association.

The request was declined by MIGA, which instead supplied its standard official statement: “The Minnesota Indian Gaming Association continues to oppose the expansion of off-reservation gambling, including the legalization of sports betting.”

But make no mistake: The legal question is only a small fraction of the gambling picture. The 30,000-foot view reveals a country — and leagues themselves — with fast-shifting attitudes toward sports betting.

Betting lines that used to be relegated to small print in newspapers and vague references on NFL pregame shows are now debated openly on full-length shows.

Leagues once did not want to be associated with gambling for integrity reasons, even as they understood how the fabric of wagering was woven into sports and made their products more popular.

Now there’s a sportsbook inside the Washington, D.C., arena where the NHL’s Capitals and NBA’s Wizards play. The NFL just before this season announced a partnership with four “approved” sportsbooks.

The bottom line: There is money to be made, which for leagues and teams comes in the form of an audience that becomes more engrossed with their product if they have money on the line. Is there less of a concern about the integrity of sports as gambling seeps in?

“I wouldn’t say it’s less of a concern, but I’d say it’s now viewed as the cost of doing business, so to speak,” said Twins President Dave St. Peter. “There’s also a level of engagement that comes from a younger demographic that I think we all recognize brings value. I think there are trade-offs. But that integrity piece is still a major focus of the leagues.”

According to sportsbettingdime.com, about $4.5 billion was legally wagered on sports in the U.S. in 2018, the year of the Supreme Court ruling. That jumped to $13 billion in 2019 and $21 billion in 2020. The growth line figures to continue upward as more states make it legal.

Several stakeholders want a piece of that to come to Minnesota — and they want it on favorable or at least fair terms.

“It feels like (sports betting) is coming to Minnesota,” said Lester Bagley, the Vikings’ executive vice president of public affairs. “What we’ve communicated to both legislative leaders and the governor’s office as well as the tribal relationships we have is that when it does come time for debate, we want to be at the table.”

The Vikings, Twins and the rest of the major teams in town have a coalition that meets regularly to discuss items of mutual interest. Sports wagering is one of them, as they weigh important and lucrative relationships with tribal casinos with what they believe their fans want.

“They have an important voice and stake in this,” Bagley said of tribal casinos and the Vikings’ relationship with Mystic Lake. “We need to make sure this conversation goes forward in a way that works for them.”

There’s a financial component and a fan engagement component to what teams hope to get out of an eventual legalization of wagering.

“I think there’s a generational shift,” St. Peter said. “I think there’s a view of younger people that they enjoy the multi-screen experience and that level of engagement and an expectation that wagering, whether it be on outcomes of games or even in-game type prop betting, that’s something they’re seeking.”

Having several stakeholders — from political factions to local teams to charitable gaming to the tribal casinos and more — makes for a complicated process.

The largest casinos like Mystic Lake and Treasure Island might risk a leveling of the playing field if wagering — particularly mobile wagering — is permitted. A multitude of casinos in the state, depending on how a law might be crafted, could operate a sportsbook and offer enticing incentives to gain users, market share and revenue.

That’s what’s happening in states such as Iowa, Indiana and Pennsylvania. Sportsbooks are competing for bettors, offering as much as a single risk-free wager (terms and conditions apply) up to $5,000.

Gamblers from Minnesota are hitting the road and taking advantage of that. Douglas Farmer, 31 of Minneapolis, is one of them. He also places wagers on multiple offshore sites while in Minnesota — considered to be a legal gray area but a market that is filling a void.

A Minnesotan with a reasonable amount of comfort with cryptocurrencies like Bitcoin could bet on pretty much any major sporting event 15 minutes from now.

“Anybody who wants to gamble in the state can and likely does,” Farmer said. “Whatever hurdles there are, nobody is worrying about the legality. I don’t know anyone who wants to be on the offshore apps that isn’t on them.”

Bagley says regulating the betting going on “in the shadows” is one reason to legalize sports wagering in Minnesota. Garofalo agreed, saying that offshore operators have been linked to money laundering. Still, he isn’t naive.

“In Minnesota, your father’s bookie was the kind of person who showed up at your first communion,” Garofalo said. “The big change is taking it from the underground to a regulated economy.

Garofalo has co-sponsored bills to legalize sports wagering in Minnesota — the latest coming earlier this year — but they haven’t gained much traction.

“It’s very difficult to prioritize that over more important issues, and in the middle of a pandemic that’s entirely reasonable,” said Garofalo, adding that key stakeholders will need to get more involved and present a “unified voice” to generate more serious talks.

He likened it to Sunday liquor sales, a debate that continued for years before enough momentum was created to pass it.

St. Peter said he considers legalized sports betting in Minnesota a question of when, not if, putting a timetable of sometime in the next three to five years — perhaps sooner — on it.

Bagley didn’t want to put a specific time frame on it, but it sounds as if he might bet the under.

“I may be more optimistic that the conversation is coming sooner. It is complicated,” Bagley said. “We both spent 12 years on stadiums. That may be the lens through which Dave looks at it.”

Both St. Peter and Bagley will continue to monitor other states — with a mixture perhaps of information-gathering and envy — as more add sports wagering.

Wisconsin was one of the most recent states to make it legal. The first bets are expected to be placed in the state next month at a tribal casino near Green Bay, making Wisconsin another border state putting certain pressure on Minnesota.

Sportsbooks operating to the east won’t be as close as the 74-minute drive for Garofalo down to Iowa — a path that’s becoming as familiar to some Minnesotans as long battles at the Legislature are to others.

“Whatever we do will be our unique take on it that will fit Minnesota,” Bagley said. “If we are to see it come to fruition there’s a lot of conversations and collaboration that needs to happen.”

What do you think?

What path should Minnesota take on sports betting? Tell us your opinion by e-mailing the Star Tribune sports editors at sports@startribune.com.