Wyoming Republican Senator Cynthia Lummis has added to her bitcoin holdings, almost doubling the amount she already owned, reflecting that the crypto-friendly politician has a personal stake in the sector.

Lummis spent somewhere in the range of $50,0001 to $100,000 to buy bitcoin on August 16 from River Financial, a bitcoin exchange platform, according to a SEC filing published Thursday.

Around the time the purchase was made, bitcoin hovered around $45,000 and was a far cry from this year’s lows below $28,000. But its level was still comfortably below the current price of around $54,000. 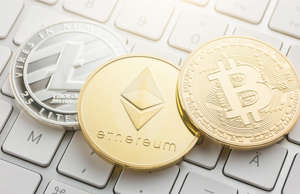 This is not the first time Lummis has bought bitcoin. In June, she encouraged people to buy the cryptocurrency to diversify their retirement portfolios, and said she held 5 bitcoins valued at $170,000 at the time.

“I would like to see cryptocurrency like bitcoin become part of a diversified asset allocation that are used in retirement funds and other opportunities for people to save for the future,” the senator said during CNBC’s Financial Advisor Summit.

She’s also keeping a close eye on stablecoins, which are cryptocurrencies pegged one-to-one to an underlying asset, such as a fiat currency or bonds. Lummis said last month these tokens should be fully backed by cash and regulated, after the largest stablecoin – tether – revealed its coin was only backed by a small proportion of dollars and most of its reserves were comprised of commercial paper.

At heart, Lummis is a crypto advocate and was among those who presented an amendment to the US Senate to better define the term “broker” for the purposes of regulating taxes on crypto. Her own state of Wyoming has passed numerous crypto-friendly laws in the past couple of years, including one that allowed for the first US fully regulated banks to hold both crypto and fiat currencies.