The investments would be traded on the Mexican Derivatives Exchange, which is a subsidiary of the exchange. According to CEO José-Oriol Bosch, the Mexican Stock Exchange (BMV) is considering offering crypto futures on its derivatives exchange.

The plan was reviewed and debated with the financial authorities that control the BMV, according to an official interview issued by the exchange on Monday. 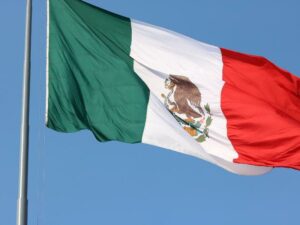 “I understand that financial authorities want to be cautious and avoid a repeat of the dot-com bubble,” Bosch said, adding that the BMV should follow the lead of other nations’ exchanges that list Bitcoin futures.

According to Mexican newspaper El Economista, Bosch revealed at a symposium on Sept. 30 that the BMV was seeking permission to list cryptocurrency futures on its derivatives exchange, the Mexican Derivatives Exchange (MexDer). The BMV is also seeking authorization for virtual asset exchange-traded funds (ETFs) on its International Quotation System (SIC), a platform for trading overseas equities, according to Bosch.

“We’re working on securing approval to list cryptocurrency futures on the MexDer,” Bosch said at the time. “However, Mexico’s financial authorities have been more cautious than others on the matter.” CoinDesk reached out to the BMV for more information, but they did not answer.

The first Bitcoin exchange-traded fund in Latin America was listed in June by B3, a Brazilian exchange. QR Capital, a blockchain investment business that later listed an ether ETF on B3, created the fund.