El Salvador was the first in the world to make bitcoin the official currency. There are protests in the country, the stock market crash

Due to the large volume of sales, the price of bitcoin collapsed on the very first day of using the cryptocurrency as legal tender in El Salvador, a small Central American state. There is excitement on the stock exchanges, and peaceful protests are taking place in the country, citizens are afraid of innovations.

In El Salvador, a small state in central America, bitcoin was legalized as the state currency, and now it is the official means of payment in the country. On the first day of using the cryptocurrency, September 7, 2021, due to the large volume of sales, Bitcoin collapsed. Experts disagree, the population is holding peaceful protests and fears of innovation.

According to the plan of the President of El Salvador Naiba Bukele (Nayib Bukele) companies are now obliged to accept bitcoins in exchange for goods and services, and taxes can also be paid with cryptocurrency. Bitcoin adoption will receive an initial boost from the state-owned Bitcoin wallet Chivo, an app available on the App Store and Google Play. The user registers with the national identification number of El Salvador and receives $ 30 in cryptocurrency, this money can, for example, be invested in a business. On Twitter, the president shared the story of a young man who has already invested his $ 30 in donuts to start his own business.

“People will be able to save up to build a new roof in their home, buy a cow or send their children to school – something they were deprived of before,” says the director of the Bitcoin Beach project, which promotes cryptocurrency in El Salvador. Mike Peterson (Mike Peterson).

According to the president, the transition to cryptocurrency should attract citizens to the financial system and reduce the cost of sending money transfers, which is very important in a country where about one and a half million citizens work abroad and send earnings to their families. In 2020, remittances from abroad amounted to $ 5.9 billion, which is the highest among countries today. Banks charge a sizeable commission for their services, while many El Salvadorians do not have bank accounts, the president’s plan could become “a gateway to the digital world,” says Mike Peterson.

RT en Español released the program “Bitcoin, legal tender in El Salvador: 23% of El Salvador’s GDP comes from remittances sent by immigrants, mainly from the United States.” The cost of sending money transfers can be reduced by 98%, provided that bitcoin is used as a means of payment in applications such as Strike, – the hosts share their opinion.

Not all citizens of El Salvador were ready to accept the innovations. On Wednesday, September 8, peaceful protests were held in the country under the slogan “No to dictatorship.” Protesters said bitcoin would not benefit the people of El Salvador. Many are intimidated by the need to enter personal data in the application and the possibility of surveillance by the authorities.

The newspaper La Prensa Gráfica on its official Twitter account reports: “Chivo’s technical failures were exacerbated by weak citizens’ interest in learning about cryptocurrency. Many did not think about the entry into force of the Bitcoin law ”. Many are skeptical about the innovations: “Yesterday the crypto asset lost about 11% of its value, El Salvador lost $ 2 million in the first 24 hours.”

In addition, some economists, for example, Mish Sheldock (Mish Shedlock) believe that such a plan could “sink” the country.

Why did the cryptocurrency collapse?

The sale of a large volume of cryptocurrency was the main reason for the currency collapse. El Salvador bought 400 bitcoins, which is equivalent to about $ 20 million. On the same day, amid the excitement on the exchanges, the cryptocurrency fell by 18.6%. According to experts, more than $ 180 billion left the cryptocurrency market in one day.

Expectation also played a big role, analysts said. “I think there was some anticipation ahead of the El Salvador event, similar to what we saw before the NASDAQ listing of Coinbase,” Reuters told Reuters. Henrik Andersson (Henrik Andersson), Chief Investment Officer of Apollo Capital, a cryptoasset fund based in Melbourne, Australia. Meanwhile, the government of El Salvador was forced to shut down its bitcoin wallet to eliminate technical failures. “We will turn off the system from 01:00 to 6:00 to make changes”, “We hope that tomorrow the situation will improve,” Naib Bukele tweeted. The major US cryptocurrency exchanges Coinbase, Global Inc (COIN.O), Kraken, and Gemini went into a hype and had to deal with delays in some transactions.

Russia wants to digitalize social assistance. What has already been done by the state? 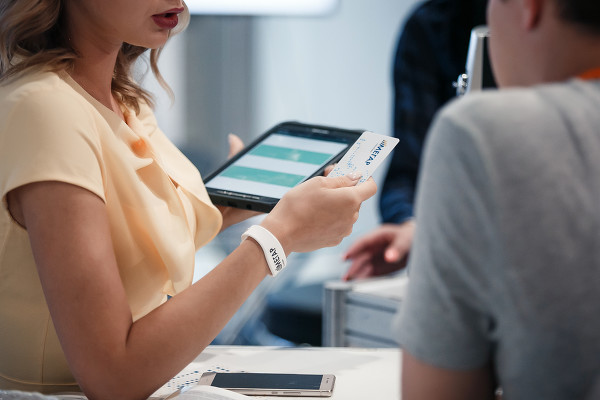 The major American cryptocurrency exchanges Coinbase, Global Inc (COIN.O), Kraken and Gemini started to get excited and had to deal with delays in some transactions.

These are not the only factors that contributed to the collapse of the bitcoin price. Many market participants are wary of innovations and fear a chain reaction and bans and restrictions on the activities of the Binance crypto exchange.

So, in September 2021, the Monetary Authority of Singapore (MAS) added the crypto exchange to the “list of warnings for investors.” In an effort to comply with local laws, Binance was forced to remove regional apps from the regional App Store and Google Play and ban the Singapore dollar from trading on the exchange platform.

Also earlier this month, the US Securities and Exchange Commission launched an investigation against Uniswap Labs, which operates Uniswap, one of the largest cryptocurrency exchanges, which worries market participants.

Supporters and opponents of the idea are closely watching the experiment. If successful, other countries will follow the lead of El Salvador.

“We are in uncharted waters with this launch, but I am glad that this experiment is being carried out as a whole, and I think we will learn a lot,” says Garrick Hillman (Garrick Hileman), Head of Research at Blockchain.com in London and Miami. “This is a brave new world,” he says.

Naib Bukele wrote on his Twitter about the implementation of the plan to legalize bitcoin as a means of payment: “any project aimed at the future does not bring results the next day or in a month.”