“The beginning of a new round of growth.” Why bitcoin has risen in price sharply to $ 55.5 thousand :: RBC.Crypto

The first cryptocurrency returned to the level at which it traded in mid-May. Is the asset capable of continuing its rapid growth in the coming months and renewing its all-time high 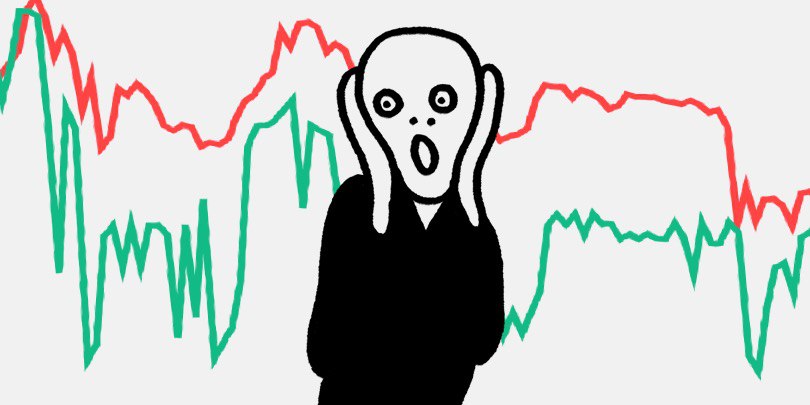 On October 6, the bitcoin rate rose sharply to $ 55.5 thousand. The last time such a high rate was recorded in May this year. During the day, the first cryptocurrency rose by 7%, and its capitalization exceeded $ 1 trillion. Experts from RBC-Crypto explained why the cost of bitcoin has increased dramatically and how this may affect the digital asset market.

The sharp rise in quotations on October 6 was triggered by fundamental rather than news factors, says Andrey Podolyan, CEO of the Cryptorg crypto exchange. According to him, the growth of bitcoin to $ 55.5 thousand was caused by the long accumulation of cryptocurrency by large investors, who took advantage of the decline in quotations in the summer and in September for large purchases.

“A lot of small players sold in a panic, and the funds bought bitcoin from them at that time,” the expert noted.

Podolyan’s words are confirmed by the head of the CryptoQuant analytical company Ki Yong Joo. He said that during the growth of bitcoin to $ 55.5 thousand, large holders bought $ 1.6 billion worth of cryptocurrency in 5 minutes.

The breakthrough by bitcoin of an important psychological mark of $ 55 thousand may mean the beginning of a new round of growth – up to $ 58-60 thousand in the short term, the head of the analytical department of AMarkets Artem Deev predicted. He attributed the sharp rise in the first cryptocurrency to the transition of investors from traditional markets to cryptocurrency in search of defensive assets.

“Investors are looking for ways to invest and make a profit. This pushes the cost of cryptocurrencies up, ”added Deev.

The dynamics of bitcoin shows that the coin can update its all-time high in the current year, says lead analyst at 8848 Invest Viktor Pershikov. According to him, the more the first cryptocurrency rises in price, the more new retail buyers will appear, thanks to which large market participants will be able to gradually exit positions without strong drawdowns of the asset.

“Institutional investors will partially fix their profits after bitcoin renews its all-time high, which will cause a correction in the region of $ 66-70 thousand,” the analyst said.

Due to the fact that large investors begin to fix positions, the value of bitcoin may stop growing after the renewal of the historical maximum, Pershikov said.

One should not expect that after the sharp movement of bitcoin to $ 55 thousand, altcoins will show similar growth, Podolyan said. Now investors are reluctant to invest in alternative coins, as they are looking for more stable assets, Deev explained.

“Bitcoin is gradually becoming more stable, and against its background, altcoins are perceived as more risky investments, which explains the lack of their growth,” the analyst added.

“The bulls are determined.” What will happen to bitcoin after $ 50 thousand?