Shiba Inu is Back! 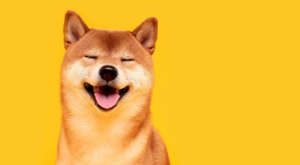 © Provided by InvestorPlace A smiling Shiba Inu dog in front of a bright yellow background.


It’s been a phenomenal week for my favorite low-quality crypto. Elon Musk’s constant tweeting has sent Shiba Inu’s (CCC:SHIB-USD) price up 200% since its addition to the Moonshot list in August.

© Provided by InvestorPlace A chart showing the price of SHIB from July to the present.


The moment that crypto Moonshot Investors wait for.

But not every coin is doing so well.

Last Friday, a coding error accidentally sent $90 million to Compound (CCC:COMP-USD) users. The company’s CEO Robert Leshner took to Twitter to plead with customers to return the money before threatening to “doxx” those who wouldn’t comply (His apology for the “boneheaded” comment wouldn’t stop COMP sliding 26% relative to Bitcoin (CCC:BTC-USD)).

And anyone who bought Mini Floki (CCC:MINIFLOKI-USD) or FlokiFrunkPuppy (CCC:FLOKIFRUNKPUPPY-USD) during Monday’s Musk-led gold rush would have suffered losses of 50% or more.

As we move into the middle innings of the Spamcoin/Sh*tcoin game, investors need to redouble their efforts to avoid losers. So today, we’ll look at some trendy cryptocurrencies investors can buy to make a quick buck off the latest fads — without the need of a $90 million coding error to reap gains.

© Provided by InvestorPlace An illustration of a shiba inu dog browsing Twitter on a laptop.

It took just a single Elon Musk tweet over the weekend.

© Provided by InvestorPlace A screenshot of a tweet by Elon Musk showing off his pet shiba inu, Floki.

Skeptical investors will obviously wonder how these coins emerged so quickly. At last count, Binance hosted at least 8,600 different “Floki” tokens and countless more “Shiba” ones. Something obviously seems amiss.

The issue, of course, is that most of these tokens are clones of each other. An analysis of Shiba Floki by the website TokenSniffer counts at least 4,988 tokens that share almost identical code. It’s not surprising, given that anyone with access to YouTube tutorials can create a new crypto token in 15 minutes.

But as they say: easy come, easy go.

Since Monday, Mini Floki had lost 74% of its value, while Shiba Floki had dropped 46%. With so few barriers to entry, it’s unsurprising that so many of these tokens have since fallen back to Earth.

How To Choose Shiba-Themed Coins?

For those who do want to bet on the dog race, I offer this quick Shiba checklist:

Bottom line: if you must buy a Dogecoin lookalike, Shiba Inu is a more secure bet than the thousands of “Floki” coins in existence.

© Provided by InvestorPlace An illustration of an astronaut floating on a cloud. A thought bubble shows the astronaut imagining a balanced scale. One side of the scale has an hourglass, and the other side has several coins.

Long-time Moonshot readers will know that I focus on higher-quality cryptocurrencies (at least, in a relative sense). I’d choose the popular Ethereum token Shiba Inu any day of the week over MicroSHIBA (CCC:MICROSHIB-USD), a heavily botted BSC token. The same goes for Axie Infinity (CCC:AXS-USD), a game token I wrote about in August before its 150% rise this week.

As for timing, I use my Momentum Master strategy to know when to jump in and out of positions.

But recently, a new group of rising stars has fooled investors.

GoesUpHigher (CCC:GUH-USD)… Gravitoken (CCC:GRV-USD)… it was only a matter of time before these blowout cryptocurrencies would inspire a new generation of “rebasing” tokens, a class of cryptos that actually remove coins from circulation. By running a deflationary system, they seek to make the remaining tokens more valuable.

In the ideal world, these “rebases” would come from burning seller coins. These fees would penalize sellers, but reward those who keep holding on.

Instead, many of these coins have also started burning user tokens too. It’s much like reverse-splitting a stock 2-to-1 and celebrating that the price has gone up 2x… all while ignoring that half your shares have disappeared.

Only Up (CCC:UP-USD). The first BSC token that purportedly “combines the rebase rewards with rewards” seems to have failed on both counts. The token’s BSCScan site is littered with irate comments by users claiming losses of 30% or more. Still, that hasn’t stopped new marks from jumping in. The cryptocurrency now has 5,500 holders as of writing and has become the No. 2 most-watched coin on CoinMarketCap.

GravitX (CCC:GRX-USD). The “AntiGravity Contract” has the same target price as Gravitoken — $1,337,000. And by increasing 12% every 8 hours, the token has even fooled notable crypto commentator The London Crypto into believing its success. “Yikes @GravitX_token is mooning hard.”

ForeverFOMO (CCC:FOREVERFOMO-USD). The most-held of this “rebasing” cohort promises to go up at least 8% every 8 hours. Prices have already risen 300,000x, though no word on how many reverse splits it’s performed.

The Dark Side of Rising Stars

There’s a simple investment case for “rebasing” tokens. Because these coins go up so quickly, their soaring values can create a self-fulfilling prophecy where new investors jump in and prices go up organically.

Smart investors will quickly realize the deck is stacked against them; developers largely shield their accounts from the rebasing, which essentially means they’re diluting everyone else. And it won’t take long for sites like CoinGecko and CoinMarketCap to catch onto these rebasing shenanigans and adjust prices based on market capitalization.

Though many Spamcoins look tempting in the short run, they’re simply exploiting a loophole that makes them look better than they actually are.

Bottom line: “Rebasing” tokens have largely disappointed because they burn user coins as well as transacted ones. Investors should stick to higher-quality names that don’t promise free lunches.

Just How Bad Was the Compound Error?

1 Errors in the Compound update that accidentally sent $90 million to users. Programmers had apparently replaced a “>=” with “>”. 90% Amount that Compound CEO Robert Leshner asked users to return. The flustered CEO threatened to “doxx” users to the IRS if they failed to comply. 1.8 Hours it took Mr. Leshner to apologize and walk back threats of doxxing. 0 The amount of information Mr. Leshner later claimed that Compound collected about users.

© Provided by InvestorPlace A screenshot of the section of Compound source code that caused problems.


Sounds like somebody had a bad case of the Mondays…

My Top Crypto Picks for Q4

There’s a growing consensus that cryptocurrencies are a legitimate asset class. Not only have they rewarded investors handsomely, but last week, the Economist chimed in with its wonkish findings: adding Bitcoin to randomly generated portfolios helped reduce volatility and increase risk-adjusted returns.

In other words, putting 1% to 5% of your net worth in cryptocurrencies is a win-win.

But that’s the end of the good news. Bitcoin’s return to $50,000 leaves less room for upside, and altcoin swindlers lurk on every corner. How can we possibly know what’s the next trillion-dollar coin?

The answer, of course, comes from my Golden Rule strategy: seek out the intersection of quality, value and momentum.

DeFi Pick: ChainLink (CCC:LINK-USD). Want a crypto contract to pay out when a storm happens? The world’s largest “oracle” is the interface that alerts smart contracts about real-world events.

Underdog Pick: Algorand (CCC:ALGO-USD). This small-cap coin has the speed and scalability of Cardano, just without the hefty price tag.

Meme Pick: Dogecoin (CCC:DOGE-USD). Investors should use my Momentum Master strategy to jump in and out.

P.S. Do you want to hear more about cryptocurrencies? Penny stocks? Options? Leave me a note at moonshots@investorplace.com or connect with me on LinkedIn and let me know what you’d like to see.

Thomas Yeung is an expert when it comes to finding fast-paced growth opportunities on Reddit. He recommended Dogecoin before it skyrocketed over 8,000%, Ripple before it flew up more than 480% and Cardano before it soared 460%. Now, in a new report, he’s naming 17 of his favorite Reddit penny stocks. Claim your FREE COPY here!

On the date of publication, Tom Yeung did not have (either directly or indirectly) any positions in the securities mentioned in this article.

Tom Yeung, CFA, is a registered investment advisor on a mission to bring simplicity to the world of investing.