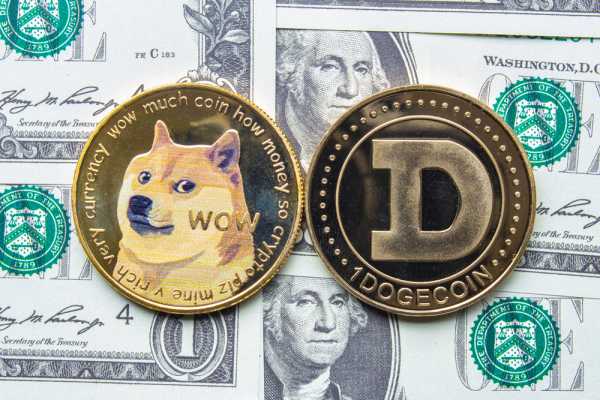 Dogecoin has muscled its way back into the top eight biggest cryptocurrencies based on the market cap after recently hovering at No. 10. The meme coin has gained 4% in the last 24 hours while its value has ballooned by more than 25% in the past week for a market cap of $33 billion.

Dogecoin has been buoyed lately by remarks out of a couple of popular CEOs — Adam Aron of AMC Entertainment and Elon Musk of Tesla. Tech billionaire Mark Cuban is also chiming in.

AMC’s Aron already acknowledged that the movie chain is working on accepting Dogecoin as a payment method along with a handful of other cryptocurrencies including bitcoin. Now Aron has made a step in that direction after announcing that moviegoers can buy digital gift cards using Doge, as well as other cryptocurrencies, via a BitPay wallet. Daily purchases are capped at $200. AMC is taking payments online, via the mobile app and also at the ticket window.

Huge news Dogecoin fans! As we work to accept online crypto payments, now you can buy @AMCTheatres digital gift cards (up to $200 per day) with Dogecoin and other cryptocurrency using a BitPay Wallet.  Accepted on our web site, mobile app, and in theatres. https://t.co/hPubbeq4YG pic.twitter.com/dra7e23tc8

Meanwhile, Elon Musk recently posted an updated picture of his Shiba Inu puppy on Twitter. This fueled excitement in the Dogecoin community because the Shiba Inu Japanese breed dog is the mascot of the meme coin project. Musk is a fan of Dogecoin, though he has yet to fulfill the wishes of investors and accept Doge as a payment method at Tesla.

Cuban in an interview on Fox Business revealed that not a lot of fans pay using bitcoin because they believe it is an “appreciative asset.” They expect the bitcoin price to rise and therefore treat it as a store of value rather than spend it. That’s not the case with the meme coin, however. Cuban stated,

“A lot of people pay in Dogecoin.”

In the off-season, the Mavericks generate thousands of dollars in sales each month in Dogecoin. Cuban said that during the NBA season, he expects to see that amount of Dogecoin sales on a weekly basis. Cuban noted that Dogecoin is “easy to spend,” adding it “doesn’t appreciate so much” and therefore “people don’t want to hold it forever.”

Cuban owns $1,500 in Doge. He believes Dogecoin is a good way to onboard investors into the cryptocurrency market.