Shiba Inu (CRYPTO: SHIB) was trading up almost 50% higher at one point Tuesday, after the crypto busted up through two resistance levels at $0.00001406 and $0.00001799. According to Cointrendz data, Shiba Inu had more mentions than Dogecoin (CRYPTO: DOGE) and Bitcoin (CRYPTO: BTC) on Twitter.

On Monday it was reported an anonymous whale locked up six trillion Shib tokens on Friday and on Saturday topped up the stake with a purchase of another 276 billion Shiba Inu coins. Shiba Inu has a circulating supply of 394.7 billion tokens.

The Shiba Inu Chart: On Monday, Shiba Inu printed a big bullish green candlestick but fell slightly under the resistance level of $0.00001406 after surpassing the level briefly. The move higher was made on large bullish volume, which indicated high levels of interest had returned to the crypto, and Shiba Inu continued its run north with a second day of huge volume.

By midafternoon Tuesday, Shiba Inu’s daily volume stood about over 14.4 million compared to the 10-day average of 2.55 million. Bullish traders will want to watch for an eventually bearish volume climax as when the crypto eventually runs into profit takers.

Shiba Inu’s relative strength index was measuring in at about 89% on Tuesday, which puts the crypto square into overbought territory. When a stock or crypto’s RSI exceeds 70%, it can be a sell signal for technical traders although the RSI can stay extended for long periods of time due to momentum. 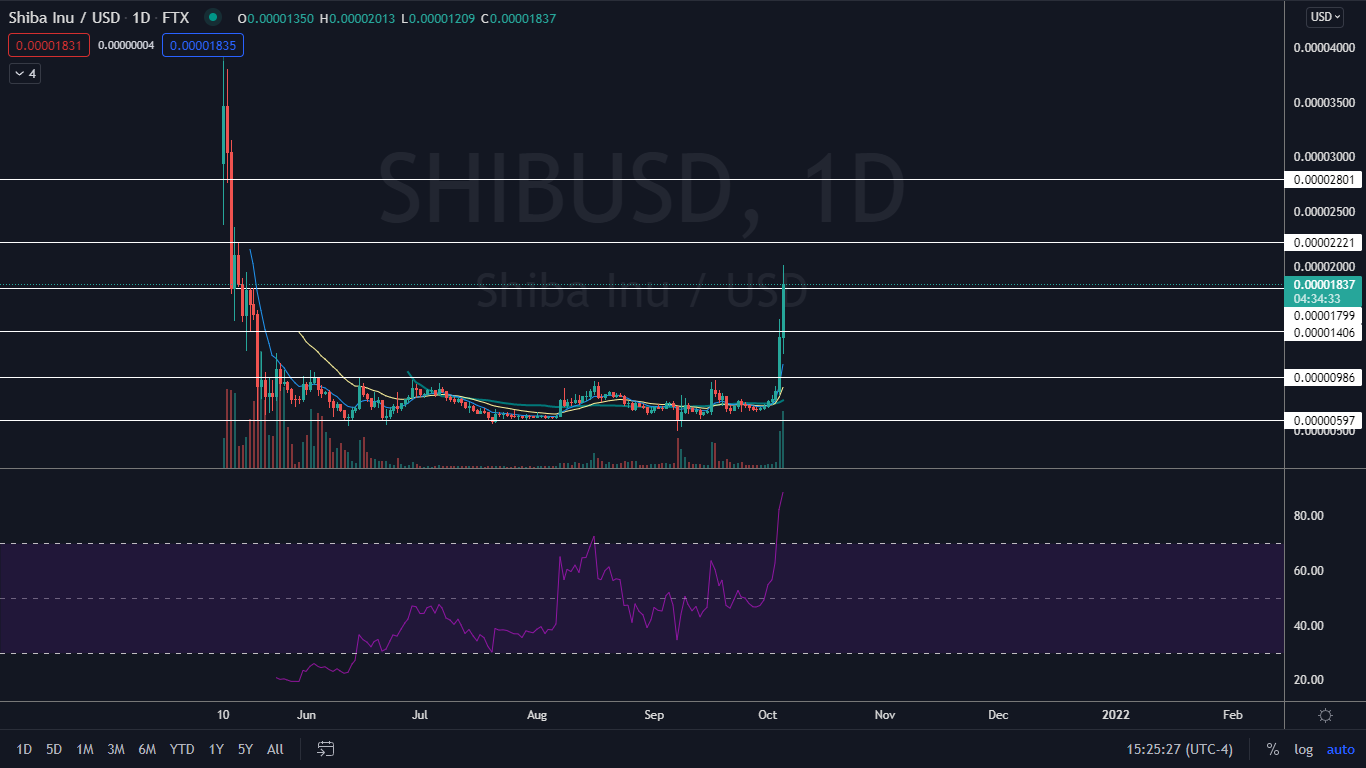