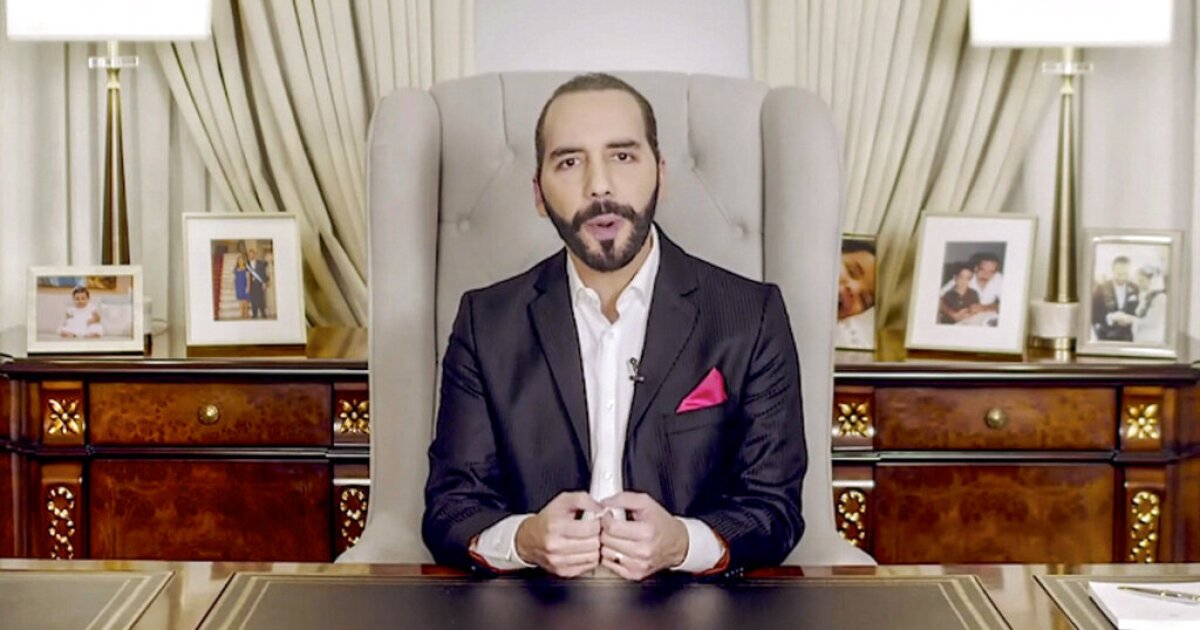 When El Salvador’s president, Nayib Bukele, announced last week that his country began harvesting the power of volcanoes to mine Bitcoin, it sounded like an outlandish scheme concocted by James Bond’s arch-nemesis Ernest Blofeld.

Awesome. It really looks like a james bond movie, but with good vibes. This is the future of money.

Although he insists the move is designed as an eco-friendly way to mine the cryptocurrency, it’s the latest news from the Central American country led by a man who seemingly embraces perceptions of himself as a villainous character.

In September, Bukele changed his Twitter bio to describe himself as “the coolest dictator in the world,” often using the platform to promote his policies with jokes, emojis, and the occasional selfie .

The cryptocurrency policy took effect after El Salvador’s legislature approved the law in June. Shortly after, Bukele announced he had instructed a state-operated firm to find a way to mine Bitcoin using the country’s plentiful geothermal energy from volcanoes.

His push to recognize Bitcoin as an official currency in El Salvador, the first country to do so, has brought international attention to a presidency that some human rights groups describe as anti-democratic.

Bukele claimed the firm successfully did so on Friday, touting an initiative he has tried to paint as an eco-friendly way to sustain increased cryptocurrency use.

The complicated technology behind Bitcoin and other cryptocurrencies requires an enormous amount of electricity, and some critics have cited environmental concerns as a reason not to expand its use.

Photographed often in a backward cap, Bukele has styled himself as a crusader against the country’s rampant corruption on his rise to power.

Bukele won the presidency in 2019 after serving previously as the mayor of San Salvador, the nation’s capital.

He burst onto the global scene that year by starting off his appearance at the United Nations General Assembly in New York by snapping a selfie at the podium in front of an audience of world leaders.

He has since raised alarm in the international community about his style of governing.

For example, Bukele stirred concerns about precipitating a constitutional crisis in February of last year when, in pursuit of approval for a loan to security forces, he sent military officers into the legislative chamber as a show of force.

Bukele consolidated even more power in March when his party won a supermajority of seats in the Legislative Assembly.

Within two months, Bukele and his allies wielded that power to remove five Supreme Court justices and the country’s attorney general. The move in May drew condemnation from the U.N. and the Biden administration.

Amid the fallout, Bukele took to Twitter with a defiant message.

“We are cleaning our house,” he wrote in a message addressed to the international community. “And that’s none of your business.”

Bukele maintained high popularity among El Salvadorians by cracking down on gang violence across the country. He has used security forces to focus on jailing more gang members and has even threatened controversial punishments, such as sealing shut their jail cells and ensuring members of rival gangs are housed together.