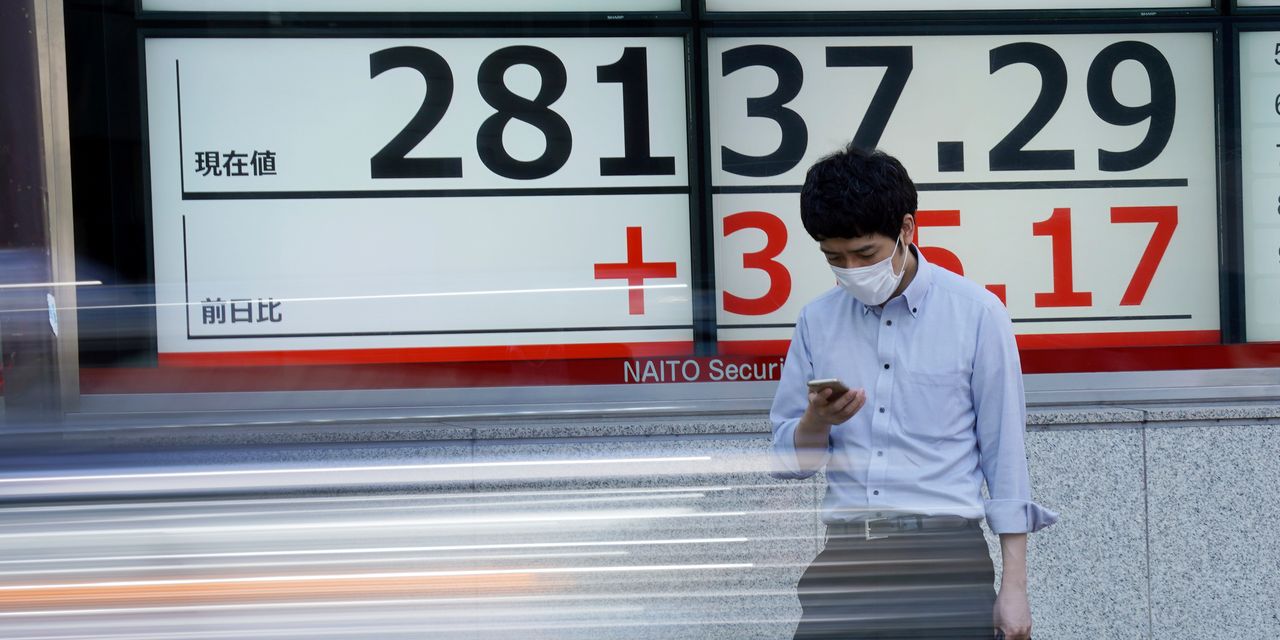 TOKYO (AP) — Asian shares slipped in cautious trading Wednesday, shrugging off a rally on Wall Street led by technology companies and banks that erased most of the losses from the previous day’s selloff.

Worries remain in Asia about ongoing coronavirus infections, although hopes are growing that economic activity will return closer to normal later this year, bouncing back from the deep downturn in 2020.

“On the risks front, China credit problems and contagion risks have certainty not abated with developer concerns still surfacing. As such, caution has not been thrown to the winds,” said Tan Boon Heng of the Asia & Oceania Treasury Department at Mizuho Bank in Singapore.

Troubled real estate developer China Evergrande Group’s risk of defaulting on its more than $300 billion in debt has alarmed investors already worried over the slowdown in China’s growth.

In Japan, markets are reassured that it can expect more of the same in economic policies under the new leadership of the ruling Liberal Democratic Party. Yoshimasa Maruyama and Koya Miyamae, economists at SMBC Nikko Securities, said the comments by Shunichi Suzuki, the new finance minister taking office this week, indicate he is sticking to “orthodox” policies.

But fears remain about the world’s third largest economy. Fitch agency has retained a “negative outlook” on the Japanese economy, citing “downside risks to the macroeconomic and fiscal outlook from the coronavirus shock.”

The gains marked a reversal in the market’s overall trajectory in recent weeks. The S&P 500 fell 4.8% in September, its first monthly drop since January. After steadily losing ground since it set an all-time high Sept. 2, the index slipped Tuesday below its 100-day moving average of 4,354. That sends a signal to traders that the index has reached “a good level of support for stocks to trade higher,” said Terry Sandven, chief equity strategist at U.S. Bank Wealth Management.

“Today’s activity is primarily in response to the weakness we’ve experienced over the last 10 days or so,” he said.

Many companies that focus on consumer services gained ground following an encouraging update on the services sector, which is the largest part of the U.S. economy. The Institute for Supply Management reported that the sector continued growing in September and at a faster pace than economists expected.

The market has been choppy for weeks, with inflation concerns driving up-and-down shifts for technology companies and the broader market.

Rising inflation is prompting businesses from Nike NKE, +1.58% to Sherwin-Williams SHW, +2.12% to temper sales forecasts and warn investors that higher costs will hurt financial results. Supply chain disruptions and delays, along with rising raw materials costs, are among some of the key problems facing companies as they try to continue recovering from the pandemic’s impact.

The lingering pandemic and global supply chain problems prompted the International Monetary Fund to trim its forecast for global growth this year.

Still, Wall Street is still expecting solid corporate profit growth when the third-quarter earnings season kicks off later this month. S&P 500 companies are projected to post a 27.7% increase in earnings for the July-September quarter versus a year earlier, according to FactSet.

“We’re now on the doorstep of third-quarter releases, which in our view will show earnings are growing, and that’s a basis for stocks to trend higher,” Sandven said.

Facebook FB, +2.06% rose 2.1%. The stock fell nearly 5% on Monday as the company suffered a worldwide outage and faced political fallout after a former employee told “60 Minutes” that the company has consistently chosen its own interests over the public good. The former employee, Frances Haugen, testified in front of Congress on Tuesday.

Brent crude, the international standard, gave up 8 cents to $82.48 a barrel.