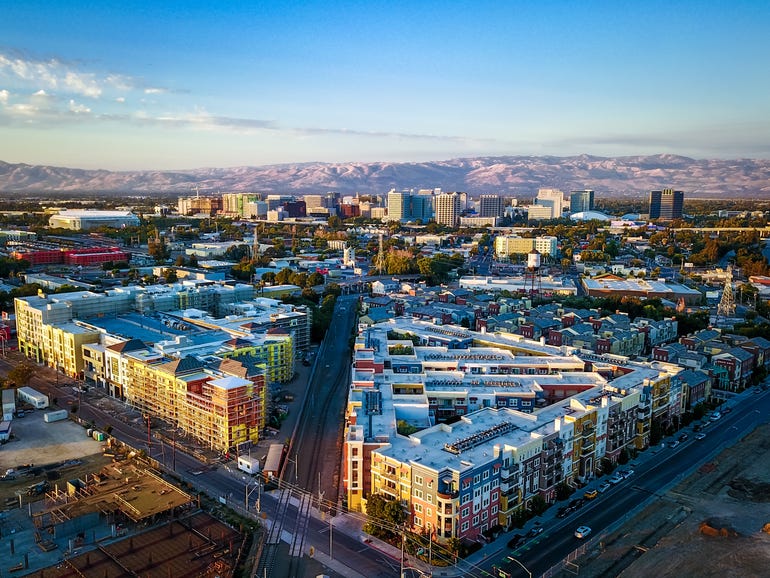 San José Mayor Sam Liccardo has announced a new partnership with a blockchain company that will allow the city to offer about 1,300 low-income residents internet for one year.

The Mayor’s Office of Technology and Innovation is planning to install 20 Helium-compatible hotspots — purchased by CETF — in the homes and offices of volunteer residents and small businesses across San José.

The hotspots will be able to mine HNT — the Helium cryptocurrency — using the same amount of energy required for an LED light bulb and will transmit about two megabytes of data per month. CETF will then keep the HNT mined by the hotspots and convert the cryptocurrency — worth about $20 right now — into prepaid, $120 cash cards that will be given to low-income households to  subsidize their internet expenses.

The plan will also involve expanding Helium’s decentralized wireless network to “increase local Internet of Things infrastructure,” according to a statement from the organizations involved. According to the mayor’s office, the Helium devices will power IoT infrastructure managing things like air quality monitoring, fire detection, water leakage and climate-related issues.

There are already more than 200,000 Helium hotspots around the world that make up a peer-to-peer, IoT network. Frank Mong, COO of Helium, told ZDNet that HNT first came to existence when the first hotspots turned on in Austin, Texas back when the Helium Network launched in August of 2019. HNT only comes from mining and Mong said there are several secondary exchanges that currently trade HNT.

“The ultimate goal of Helium is to provide a long-range network for IoT devices. The positive side effect of the blockchain-based incentive model powered by HNT is enabling the hosts to offset costs related to connecting hotspots,” Mong said.

“Becoming a smarter city means leveraging emerging technologies that improve how we serve our community, making it safer, more sustainable, and more equitable,” Liccardo said. “This first-of-its-kind partnership between the Mayor’s Office, Helium, and CETF represents one of many innovative public-private partnership models that we’re advancing to bridge the digital divide for residents.”

When asked detailed questions about how the scheme will work in practice, city officials told ZDNet that the patrons or hosts that deploy Helium-compatible hotspots mine HNT through these hotspots, making them their own mini cell tower. The mini cell towers then also share “long-range connectivity with other IoT devices around them.”

ZDNet pressed city officials about the discrepancy between the potential amount and price of mined HNT versus the one-time $120 cards given out to those mining the cryptocurrency but did not get concrete answers to those questions. The city would not say what happens if the amount of cryptocurrency mined exceeds the cost of providing $120 to about 1,300 households.

The city would only say that the pilot “will disburse funding as the funds become available.” The $120 was calculated because low-cost broadband internet in the area runs for about $10 per month locally.

“We did not think it would make sense to pay anything less than a year because that may create unpredictability and uncertainty for our families benefiting from this program. Given the fact that the digitally divided families often face a higher propensity of job instability, they need to budget to attempt to afford internet access, therefore, if ISPs require families to commit to a year-long plan, we are de-risking that decision for families to have internet in their homes,” the city explained to ZDNet.

After a six month pilot program, the San José Mayor’s Office of Technology and Innovation will decide whether to move forward with the effort.

“MOTI will base considerations on the amount of households that have benefited from the program — a metric contingent on the revenue generated through the mining of HNT cryptocurrency,” the city told ZDNet.

“The goal is to provide a year-long internet benefit to a low-income household through a one-time payment to the household, so that these families, many of whom faced the hardest brunt of the pandemic’s worst economic fallout, can access critical services, such as job listings, skills training, education, and telehealth.”

When asked about how a plan as complicated as this will be explained to low-income households, the city said it will be presented simply as a “one-time benefit of $120 — similar to the intent of the Biden Administration’s EBB program.”

“The beneficiary household will be asked if they’re interested in receiving a $120 payment for a year’s worth of low-cost internet  should they qualify based on having a child enrolled in the NSLP (National School Lunch Program), or receiving CalFresh (food stamps), Supplemental Nutrition Assistance Program (SNAP), Supplemental Security Income (SSI), Social Security Disability Insurance (SSDI), or Medi-Cal,” the city said.

City officials added that the plan will be presented to volunteers as a way to avoid “complicated government forms.” They also plan to release videos about the project as a way to explain it.

Both San José officials and Helium representatives said the energy used from the households through mining is significantly less than the energy needed to mine for other cryptocurrencies like Bitcoin.

Studies done by the city have shown that cost is the biggest barrier preventing some residents of San José from accessing broadband internet. More than 50% of residents who do not have internet said it was the number one factor keeping them from getting it.

The San José Mayor’s Office Of Technology and Innovation said it has been working hard to find ways to provide broadband to low-income families without raising taxes, improving infrastructure or relying on philanthropic efforts.

That is what led city officials to the idea of self-monetizing IoT networks and blockchain-based solutions. The city began exploring its partnership with Helium in December 2020.

“To democratize and decentralize the internet is the driving force behind the Helium Network and this program with the City of San José brings that mission to life,” said Amir Haleem, CEO of Helium.

“Bridging the digital divide for its citizens, and doing so through a use-case such as this shows that San José is at the forefront of how municipalities can drive real change moving forward.”