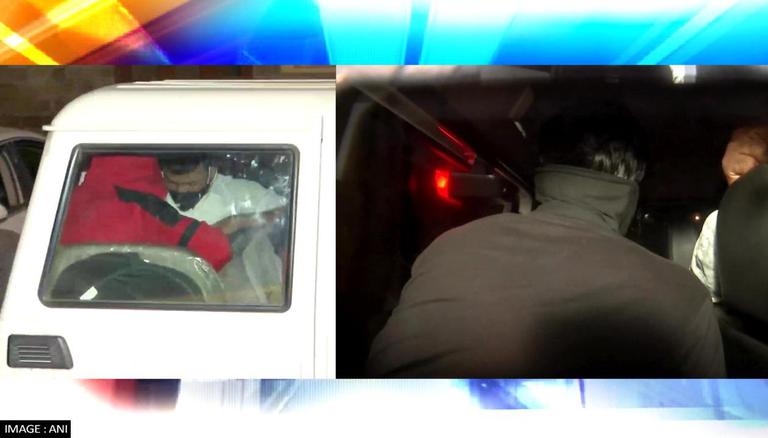 The Narcotics Control Bureau (NCB) conducted overnight raids in Mumbai’s Andheri and Jogeshwari area on Tuesday. A possible location of a drug peddler has been raided in the region. According to sources, a drug peddler has been detained following the raid in Jogeshwari. The peddler, along with another person who was detained from the raids at the Cordelia cruise ship on Monday will be produced before the court today.

The series of searches follow the Mumbai cruise drugs bust in which several passengers aboard the Cordelia ship were found with banned narcotics. The case has seen the arrest of high-profile names including Shah Rukh Khan’s son Aryan Khan. SRK’s son, along with two other accused– Arbaaz Merchant and Munmum Dhamecha have been sent to NCB custody till October 7. Five others who have been sent to the agency’s custody include Mohak Jaiswal, Nupur Satija, Ishmeet Singh Chadha, Gomit Chopra, and Vikrant Chhokar.

Operational procedure on. There’re more suspects, probe on; 8 were presented before the court, of which 5 arrested &sent to 4-day judicial custody:NCB Mumbai Director Sameer Wankhede pic.twitter.com/sHVuXjc8EV

Earlier Republic Media Network had reported that the NCB has intercepted a high-profile drug peddler, who supplied drugs in the cruise. The agency seized MD and MDMA pills from him. According to sources, the drug peddler used the darknet to supply drugs and receive payments in Bitcoin. The NCB has also arrested two more drug peddlers, one of whom is identified as Shreyas Nair. Further, four more people from the cruise have been intercepted. From them, commercial quantities of MD and MDMA pills were recovered. They were reportedly holding a rave party in the ship even after NCB’s raid on Saturday night. Statements of these four are being recorded, the agency said.

An NCB team, headed by Sameer Wankhede, busted the alleged drugs party on Cordelia cruise ship which was en route from Mumbai to Goa on the night of October 2. During the raids, the agency seized 13 grams of cocaine, 5 grams of MD, 21 grams of Charas, 22 pills of MDMA (Ecstacy), and Rs 1.33 lakh worth of Indian currency. Eight persons, including the son of Bollywood megastar Shah Rukh Khan– Aryan Khan were apprehended.