MATIC price has been consolidating since it set up a swing low on April 19. This coiling up phase comes after Polygon took off exponentially. Going forward, investors can expect a similar run-up due to the formation of a bullish continuation pattern.

MATIC price rose roughly 100% and began its consolidation giving rise to a bullish pennant. This continuation pattern consists of an explosive move, typically known as a flag pole, followed by a consolidation in the form of a pennant.

A breakout from the pennant phase pushes the price in the same direction as before, allowing the asset to continue its trend, hence the namesake. However, for MATIC price,  the flag pole was 100% ascent, and the consolidation phase consists of three higher lows since April 19 and two lower highs since its all-time high at $2.70 on May 19.

A decisive close above $1.54 will forecast a 100% move to $3.1, obtained by measuring the flag pole’s height and adding it to the breakout point. From its current position, MATIC price has an opportunity to double and set up a new all-time high. 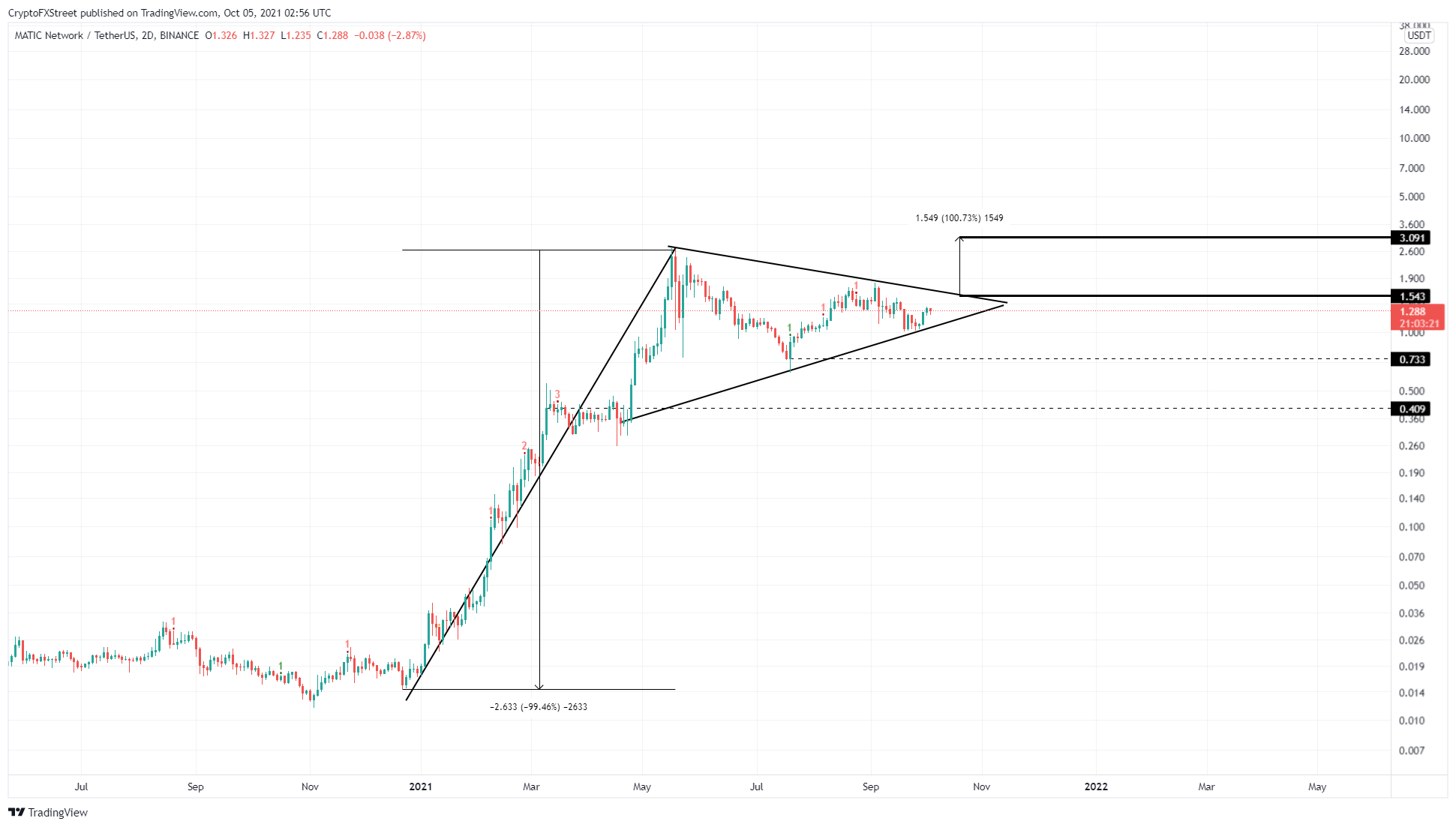 While things are looking up for MATIC price from a technical standpoint, a breakdown of the pennant’s lower trend line will delay the uptrend. The resulting breakout could head lower to retest the $0.73 support floor.

If Polygon breaks below this demand barrier, it will invalidate the bullish thesis and might potentially trigger a descent to $0.41.